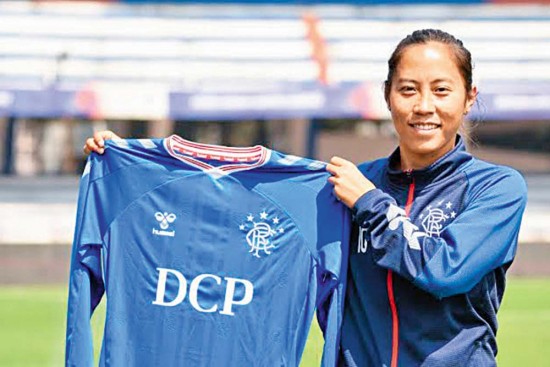 Like so many of our stars, Ngangom Bala Devi is from an idyllic village—Irengbam in her case. Known for sugarcane farms, it is in Manipur’s Bishnupur district. And like so many sports stars, the Indian women’s football team captain is setting a new benchmark, signing an 18-month contract with the Scottish Women’s Premier League club, Rangers. Before she was off to Scotland, the 30-year-old forward spoke to Jayanta Oinam.