In this week's diary, historian RV Smith writes about the Bakrid festivities- tracing it back the Mughal era. 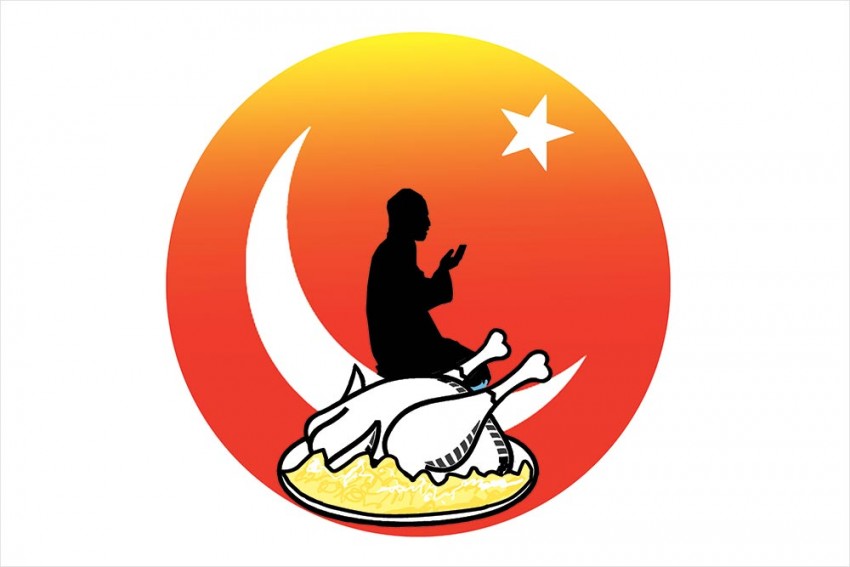 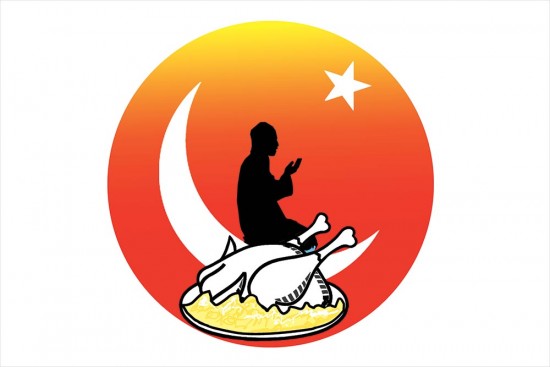 For the faithful, Bakrid, also known as Id-uz-Zuha and Id-al-Adha, goes back some 4,000 years, when the Prophet Ibrahim (Abraham) was commanded by God in a dream to sacrifice his dearest possession. He thought of offering his son, but this sacrificial zeal was mercifully arrested at the last moment when an angel stayed his hand. He decided to sacrifice a ram which was found entangled in the bushes of Mount Morea in West Asia. The tradition born of this event became Qurbani Id. When Mohammad Ghori conquered Delhi, Bakrid began to be celebrated in the city. His viceroy, Qutubuddin Aibak, observed the festival in Mehrauli. His Id spread was, of course, coarse compared to later ones. Such food was refined in the reign of Ghiasuddin Tughlak; his son Mohammad bin Tughlak added more delicacies. But it was the Mughals who were the progenitors of the present-day fare.

Akbar, though a frugal eater, added venison as a favoured dish. Empress Nur Jahan improvised new dishes and Murgh-e-Mussalam was introduced for the royal dastarkhan. Jahangir loved kababs of various kinds. His epicurean declaration, in verse, is justly famous: “Ek lukum kabab ho/Ek piyala sharab ho/Sultanate Nur-e-Jahani/Abad ho barbad ho” (as long as there are kababs and a cup of wine, Nur Jahan’s kingdom can flourish or be laid waste). Shah Jahan’s Bakrid  spread was even more lavish, but he hated eating with Firangis (European merchants). Bahadur Shah Zafar had an enormous appetite, especially for deer meat, though moong-ki-dal, which came to be known as ‘Badshah Pasand’, occupied prime position on his Id table.

Prices have increased manifold from the time when the fat­her of Mohd Anees Kitabwallah of Lal Kuan bought four goats for Rs 100 in pre-Partition Delhi. He paid Rs 11,000 for a he-goat this year. In those years, still suffused with the last rays of Nawabi grandeur, personalities like the Nawab of Chha­tari, Nawab Buddhan of Suiwalan, Nawab Doj­ana of Matia Mahal, the Nawab of Basai Darapur, the Nawab of Loh­aru (Ghalib’s wife Umrao Begum belonged to his family) and the Nawabs of Feroz­epur, Jhajjar and Datoli offered Id prayers at the Jama Masjid.Nawab of Datoli Mohd Faiyaz Khan’s retinue included Africans bought by his father Ismail Khan at the slave market in Mecca. They came from Agra in two days, stopping to pray at the Jama Masjid in Mathura and the Idgah at Kosikalan. They stayed at Nizamuddin and on Id morning worshipped at Jama Masjid, after which the Nawab distributed “Idi” to the poor. Incidentally, the Nawab of Chhatari, then the chief scout of India, once gave a beggar Rs 1,000 after Id (equivalent of about Rs 50,000 now), moved by the plight of the old cripple and his blind wife. Nawab Buddhan’s sherwanis were the craze and he presented two of them to the deputy commissioner of Delhi, Mr Beadon, as Id gift. Nawab Dojana used to feed the poor after he had made several qurbanis of sheep and goats, while the Nawab of Basai Darapur distributed camel meat and enjoyed eating muttanjan, a speciality rarely made now.

In more recent times, Hazi Zahooruddin, whose hotel stands across Jama Masjid, was known for his Id lunches and dinners, a practice now followed by his son, Haji Mian Faiyazuddin. Once Zahooruddin shot a black buck in the Terai and himself made shammi kababs from its meat, which he presented to the chief commissioner of Delhi, Mr Enans, and to the Nizam of Hyderabad, Mir Usman Ali Khan, who greatly appreciated them. Haji Mian now makes it a point to offer Bakrid sacrifices for three days. “It’s a tradition started by my grandfather, Munshi Turab Ali, maternal grandfather, Maulvi Rajab Ali of Bahadur Shah’s court, and continued by my father,” he says. In those days, remembers Haji Mian, the cattle market at what is now Azad Park used to have many more animals brought by the Meos of Haryana, while camels and horses from Rajasthan were also on sale. Elephants, too, could be seen at the Id Milan at Narain Das Gurwala’s park.

With the disintegration of the families of the rajas and nawabs, it’s the rich businessmen, including the shoe merchants of Ballimaran, the hoteliers of the walled city, and the Hamdard hakims, who hold the best Id celebrations today. The dastarkhan includes tandoori chicken, dil maimna (heart of lamb), jalfrazei, rogan josh, kofta nargisi, korma, biryani, sheermal, pilau, zarda and kheer. What started as Prophet Ibra­him’s sacrifice of a ram has exp­loded into a global celebration involving diverse cuisines. United by the prayer ‘Bismillah Rahman ur Rahim’, dressed in their traditional attire, people of many nationalities do justice to their Bakrid spread after namaz.