Bajrang Punia's success graph has been shooting up since 2014, when he won three silver medals, all in the 61kg category, at the Incheon Asian Games, the Glasgow Commonwealth Games and the Senior Asian Wrestling Championships in Astana. 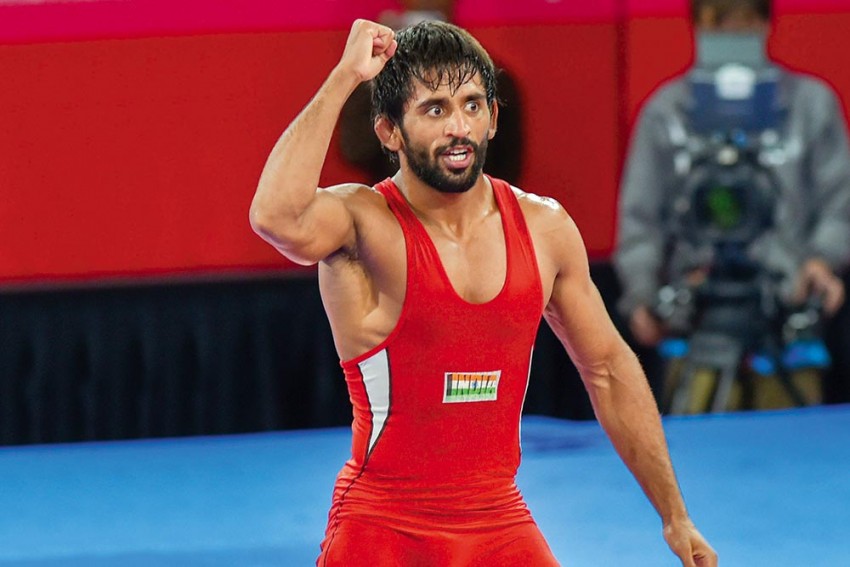 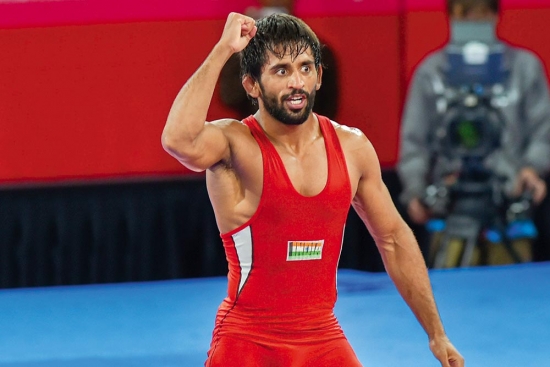 Financial compulsions forced his father, a decent wre­stler, to give up the sport and turn to farming in a bid to sustain his family. But Balwan Singh Punia still cherished a dream and decided to live it through his you­n­gest son. Bajrang lived up to his expectations and won gold medal in 65kg freestyle at the 2018 Com­m­on­wealth Games. Then, on August 19, he emulated the gol­den feat at the Asian Games—the first gold for India in Jakarta.

Bajrang has struck gold in Jakarta. Next target: an unprecedented wrestling gold in Tokyo, 2020.

Bajrang, now coached by Yogeshwar Dutt, is aiming higher after opening India’s gold account at the Asiad. “It’s my dream to win gold at the 2020 Olympics, as no Indian has done that,” he tells Outlook. Vinod Kumar, who groomed Bajrang during his stint as chief national coach between 2010 and 2016, says of his former protege: “He defends well when on ground [when the opponent is on top] and standing. He’s one of the medal contenders in Tokyo.” Current chief India coach Jagmi­nder Singh outlines Bajrang’s strong points: “Stam­ina has been the strongest point of his game. He wres­t­les with speed from the beginning, surprising opponents”.

Dad Balwan’s ambitions were thwarted due to hard, existential reasons. After his son started winning and earning, life has become more comfortable for the Punia family. “We bought a readymade house in Sonepat. I owned a Scorpio car earlier, but a few months ago I purchased a Toyota Fortuner [which costs well over Rs 25 lakh],” Bajrang informs. “I’ll try to put in my best effort in Indonesia. But I cannot obviously guarantee a medal because all my opponents will be strong, as Asian wrestling standards have gone up considerably,” Bajrang had said before leaving for Indonesia. Since he came on tops in 65kg, it shows he has not only kept pace with the times, but has marched ahead of his rivals.