Begins well, there are some nice moments, but the second half gets way too moralistic 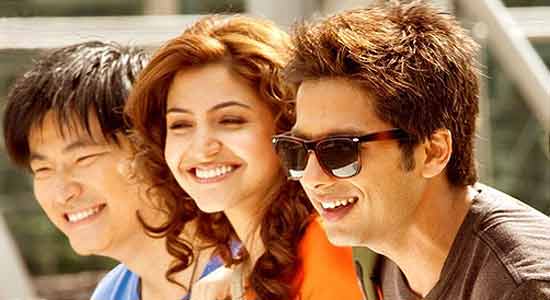 Till Dil Bole Hadippa, Yashraj filmmakers were busy ripping off the production house’s own big hits. Badmaash Company goes a step ahead to pay homage to YRF’s star writer Jaideep Sahni. All the significant elements can be traced back to a Sahni film. The principled, docile father and cotton nightie-wearing mother are straight out of Khosla Ka Ghosla, the themes of breaking loose from limiting homes and the get-rich-quick tricks are Bunty Aur Babli, Big Idea and ethical swindling go back to Rocket Singh and the Sikkim element is reminiscent of Chak De India. Despite this lack of an original core, B Co. begins well. The forex frauds and customs duty scam work, as does the nameless actor who plays the corrupt customs officer. There are some nice moments: the father reading about reform policy and liberalisation in the papers with Narasimha Rao pouting on the front page. Sadly, the film too begins its journey downwards here on. The second half gets way too moralistic.