An unpleasant, mean movie all the way 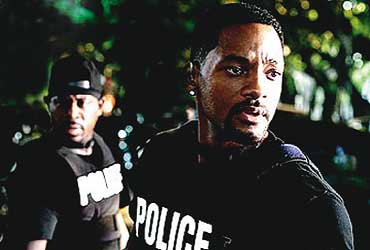 "The boys are back and badder than ever": goes the tagline of the film. Unfortunately, it holds true for the quality of the film as well. The second instalment of the adventures of Miami narcotics detectives Mike (Smith) and Marcus (Lawrence) has only one novelty: tracking the drug mafia back to Fidel Castro's motherland. But hold on, an American fantasy can't rest at that. So you find the Cubans and the Russians being turned into ruthless adversaries in the deadly drug war.

Our bad boys are part of the special task force assigned to investigate the flow of Ecstasy into Miami. This brings them face-to-face with drug lord Tapia who nurses massive business expansion plans which they obviously need to bust. Meanwhile, Marcus's sister Syd (Union) is an undercover agent working stealthily towards unearthing Tapia's agenda. In between, she also...