An expert body to monitor the CMP, but what is the extent of its powers? 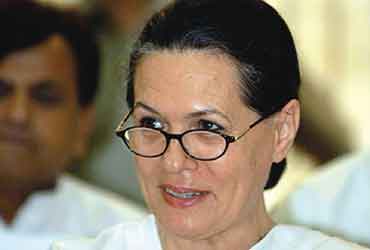 Jayaprakash Narayan: To look into electoral reforms. It's already being billed as the most powerful organisation within the upa government. A sort of government within a government with the 'big sister' watching. Last week, the government announced the setting up of the National Advisory Council (NAC), an apex body to assist the government in implementing the common minimum programme of the 19-party alliance led by the Congress. While the powers of the body are yet to be defined, it's clear the NAC will have a major influence on the day-to-day functioning of the government.

Each member is expected to bring in his or her own expertise. For instance, Aruna Roy, with her experience in campaigning for the right to information, is expected to make similar contributions in her new capacity. Jairam is regarded as among the most pro-market of Congressmen. Jean Dreze, who has done pioneering work on the right to food, can be expected to bring in a new focus to issues of governance. Madhav Chavan whose, NGO Pratham focuses on primary education, will be the education advisor. Pitroda, the architect of the telecom revolution, has proven mettle. And Jayaprakash Narayan, the crusader for transparency in the electoral process, will add his bit.

"This is a first. The NAC is the interface of the government with civil society. Governments are traditionally closed animals. This outfit is an attempt to make things transparent," says Jairam. That Sonia is more comfortable in the company of academics and activists rather than politicians is another causative factor.

The NAC has the approval of the cabinet and will function as a kind of government-NGO. In effect, the cabinet status accorded to Sonia makes it mandatory for all cabinet papers and files to be presented before her and the council. "We have to see how this system works," says Jairam.

In a cabinet system such as India, politicians and bureaucrats are loath to sharing information—classified or otherwise. Now, under Sonia's overall leadership, nothing can be held back. Says Congress MP Anand Sharma: "It only reflects this government's commitments."

But clearly, not everyone is going to see it that way. The BJP has launched a frontal attack on the NAC, describing it is a super cabinet. Says BJP leader and former minister Arun Jaitley: "In our system, the cabinet is supreme. Now it seems the cabinet has been made accountable to this super cabinet and turned on its head. If this is not unconstitutional, what is? Since Sonia did not become PM, this is governance through the backdoor." Opposition leaders say the 'fear' of Sonia is so paramount in the Congress that even the cabinet, willy nilly, will have no option but to toe her line.

Congress leaders say they are not unduly perturbed by these charges. Union HRD minister Arjun Singh says, a party 'run' by the RSS has no business to complain."It's common knowledge that in the NDA regime, cabinet papers were strewn around at the RSS headquarters in Nagpur. Wasn't that a super cabinet where confidentiality was breached?" he questions.

With the induction of experts in the advisory council, the political system has been put under the scanner.Will politicians, particularly those in a coalition government, put up with 'inputs' from a non-elected body? With a belligerent Opposition at its heels, the NAC's future looks tumultuous.