Back To Plan A

The LeT attacks are aimed at moderate Hurriyat leaders, at the peace process 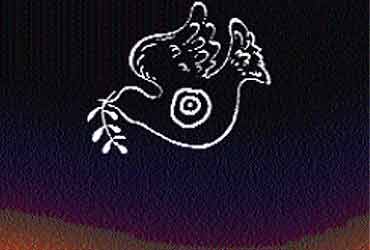 outlookindia.com
-0001-11-30T00:00:00+0553
The long-awaited dialogue between India and Pakistan may have started well in Delhi. But in Kashmir there have been developments that do not augur well for its continuation. On June 28, the Indian security forces broke up a well-organised cell of the Lashkar-e-Toiba, killing its two Pakistani organisers in a supposed encounter when they tried to escape, and arresting 18 other members from localities in Srinagar. The incident was similar to scores that have taken place in the past two or more years, but for three features.

The first was that the cell had been formed in the heart of Srinagar itself. The second was that at least three of the eighteen recruits were not from the semi-literate, virtually unemployable Kashmiri youth whom the various insurgent outfits working from across the border have been recruiting in the past half-dozen years to act as guides, porters and mercenaries. Majid Qureishi, alias Bilal, who headed one of three strike forces that had been formed by the LeT cell in Srinagar, and who, according to the police, ferried fidayeen to their targets on a motorcycle or in a Maruti, is an M.Phil student at Kashmir University. Another key member is a lecturer at the university while a third is a PhD student.

Superficially, these recruits are not very different from the first generation of Kashmiri militants who took up arms in 1990, a very high proportion of whom had high school and college degrees. But the similarity ends there. These recruits are not motivated by a thirst for freedom, or by anger at the repeated betrayal of democracy in Kashmir. For, among the other activities of Majid Qureishi and his task force was the torching of Kashmiri Muslim shrines. If Qureishi and the recruits bear a resemblance to any group, it is to the hijackers of 9/11, who were also similarly well-educated and from relatively privileged backgrounds.

What has alarmed the police most is a hit-list of Kashmiri leaders who were to be eliminated. It consisted of Moulvi Abbas Ansari, the outgoing chairman of Hurriyat; Prof Abdul Ghani Bhat, its former chairman; Mirwaiz Umer Farooq, who on Thursday flinched from taking the top post; Sheikh Abdul Aziz, former chief of Al Jihad and a member of the Hurriyat council; Sajjad and Bilal Lone, sons of slain leader Abdul Ghani Lone; Javed Mir, JKLF deputy chief; Shahid-ul-Islam, spokesman of the Mirwaiz's Awami Action Front; and Hashim Qureishi, an ex-JKLF president. The list does not contain even one of the members of Ali Shah Geelani's faction of the Hurriyat. The Lashkar's aim therefore seems to be to eliminate every leader who stands for Kashmiri independence or autonomy and opposes the attempt to make the Valley at least a part of Pakistan.

And this cannot but raise a whole slew of questions: is the list the Lashkar's brainchild? Or has it been drawn up for it by others in Pakistan. If so, by whom? Is it the ubiquitous isi? If so, is this the continuation of an earlier operation, a private initiative by rogue elements in the agency, or a typical Janus-faced operation by Islamabad?

Despite Pakistan's apparent desire to turn over a new leaf in relations between the two countries, the last possibility cannot be ruled out. In Kashmir, Pakistan has a long history of disposing of leaders who have not fallen in line with its aims. Such is the terror in the Valley that while few of its political leaders are prepared to say so in public, in private they freely accuse Pakistan of having organised the killing of Mirwaiz Farooq Sr in 1990, of JKLF sympathiser Dr Abdul Ahad Guroo in 1992, of Qazi Nissar in 1993, and in more recent years of Prof Bhat's brother and of the Peoples' Conference leader, Abdul Ghani Lone. These are only the most prominent of the victims of targeted killings that have taken place in the past 14 years. Shahid-ul-Islam narrowly escaped assassination in January 2002, and Professor Bhat himself narrowly escaped when a grenade was attached to his car with the pin partly pulled out.

The spate of assassinations and attempts in 2002, in particular, were aimed at dissuading the Hurriyat from even thinking of taking part in the October elections, and they had the desired effect. That is why it cannot be ruled out that today even while Pakistan talks of submitting to the will of the people, it, or semi-autonomous elements within its intelligence apparatus, are once again trying to change peoples' preferences on the ground through brute terror.

This possibility cannot be ruled out because there is evidence of increasing coordination between the LeT and Jaish-e-Mohammad, whom Pakistan has officially banned and claims it can no longer control, and the Islamabad-based Hizbul Mujahideen which is still very much under its influence. The instructions to kill Maulvi Mushtaq, Mirwaiz Umer's uncle, were apparently sent from across the border to a Hizb commander in the Valley, Kuka Sheikh, who delegated the task to one Javed Hakim.

The top priority among the planners of the current terrorist initiative seems to be to terrorise the moderate leaders of the Hurriyat. This is almost certainly the reason for the burning of the 105-year-old school run by the Mirwaiz's family. It may also be the reason why Moulvi Abbas Ansari has suddenly resigned his chairmanship of the Hurriyat.

In the realm of intelligence there is always room for more than one interpretation of a given set of occurrences. But the Kashmir government and the security forces have taken the pointers described above sufficiently seriously to beef up the security offered to some of the Hurriyat leaders. Whoever may be behind the LeT hit list, Islamabad must surely know that any further assassinations of leaders in the Valley is likely to scuttle Indo-Pak talks on Kashmir because it will destroy the slow budding of confidence in each other that is essential for them to succeed.