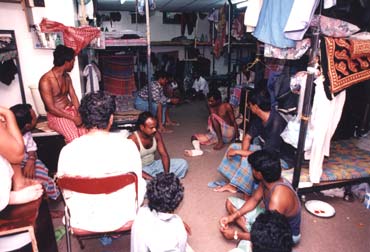 The joke in Kerala is that when Neil Armstrong stepped on the moon, he was greeted by a contingent of Malayalis. But the trend of Keralites leaving their state for greener pastures abroad or landing jobs in other parts of India is going through a reversal. Malayalis, according to a recent study, are increasingly becoming home-bound, raising the question of whether a remittance-dependent state economy has the means to support its population.

According to experts at the Centre for Development Studies (CDS), Thiruvananthapuram, demographic trends have started exerting pressure on migration from the state in recent years. The rise of nuclear families means less younger job-seeking members, ergo a decline in unemployment and lesser emigration. The CDS study call this phenomenon a migration plateau. The slip in the proportion of the population in the prime unemployment-prone ages (15-24 years) is likely to go on for some more years.

Before the Gulf phenomenon, Keralites left home to join the military or do petty office work in other parts of the country. That trend too is reversing, with such migration having declined from 11.1 lakh in 2003 to 9.58 lakh in 2007.

The study reveals that during the past four years, the number of emigrants showed only a marginal rise from 18.4 lakh to 19.4 lakh while the number of returnees also increased from 8.9 lakh to 9.3 lakh. The rate of migration actually declined—from 26.7 per 100 households in 2003 to 25.7 in 2007. Interestingly, the proportion of the state's households with a non-resident Keralite, or NRK, has remained static in 2007 at 25.8 per cent—the same level as it was in 2003. "What the figures show," says the study, "is that three-fourths of the Kerala households are yet to send migrants outside India." Thus, Gulf migration from Kerala isn't as widespread as often depicted.

But this has not been without intra-state differences. Northern districts—like Malappuram, Kannur and Kasargod—with a large concentration of Muslims, are gaining importance as areas of emigration. In Malappuram, three out of four households have either an emigrant or a returnee. The study also reveals that almost half of the emigrants from Kerala are Muslims. Among Muslims, one in every two households (52.5 per cent) has an NRK, but among Hindus it is only one in seven households.

Kerala received Rs 24,500 crore last fiscal in remittances—about 20 per cent of the state's national state domestic product (NSDP). However, remittances failed to keep pace with the growth of NSDP: in 2003 they formed 22 per cent and in 1998, 25 per cent. But the good news, going by the report, is that remittances to the state in recent years are being invested more productively in a liberalised economy, creating an increased demand for youngsters from within the state—and reducing emigration.

In the early period of "construction worker emigration", much of the financial dividends from emigration were used for mere sustenance, education of children, renovation/construction of house and dowry payment. That stage seems to be getting over now. More than a million emigrants have returned with accumulated savings, acquired expertise and external contacts with individuals and establishments—all of which matter much in business. "We may look forward with some degree of confidence to an era in which emigrants and returnees take leading roles in the developmental activities of the state," says Dr S. Irudayarajan who, along with Dr K.C. Zacharia, did the CDS study. The mythical Mahabali, it seems, will now get to meet more of his subjects—Onam time or not.