A fun watch because of three reasons—likable characters and relationships, interesting situations and the witty lingo 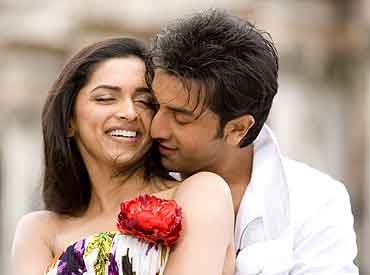 The best moment in Bachna Ae Haseenois when Raj (Ranbir Kapoor) diligently removes nail polish from Radhika aka Shreya’s (Bipasha) feet. She seems to have stepped straight out of Devil Wears Prada; he’s a former boyfriend begging forgiveness for ditching her. The humiliation, near-emasculation of the hero takes many other forms, unimaginable in mainstream Hindi cinema. No wonder this gender bending is quite a joy, more so since it comes without any overt feminist agenda.

There may not be much guessing required on how the story will pan out or how things will come together in the climax. The setting might be the same old too—Switzerland to Punjab via Italy. Add to it the innumerable references to previous Yashraj films. But Bachna is a fun watch because of three reasons—likable characters and relationships, interesting situations and the witty lingo. There are even some references to the periods in which the film is situated—economic liberalisation and the availability of Pepsi in 1996 for instance. In fact, the smart and sharp Bachna feels more like a Hollywood romcom than a Hindi prem kahani. And the promiscuity comes as a refreshing change from the squeaky-clean world of Jaane Tu....

Raj is a heart-breaker rake. Two of the many who have found grief at his altar are the irritatingly romantic Mahi (Minissha) and Radhika, the small town girl. Things come a full circle when Raj truly, madly, deeply falls in love with Gayatri (Deepika), a woman who doesn’t believe in formalising their relationship. Marriage might make her give up on her own way of life and free will, she fears. Wow, don’t we agree? That sets him on a journey to redemption.

Two of the teen deviyan are ok. Deepika, in fact, disappoints after OSO. She is mannequin-like and utterly lacks fire and zing. Ranbir is superbly confident and treats the camera like a pal. A guy no one can stop from being a high-voltage star. And he has the best chemistry going with his friend, played by Hiten Paintal. Their bonding rings in nostalgia. Remember Rafoo Chakkarwhere their fathers—Rishi and Paintal—made merry on the screen?