Baby, You Can’t Drive This Car

Laws transgressed, for aren’t they useful? The ‘sharing economy’ debate rages on. 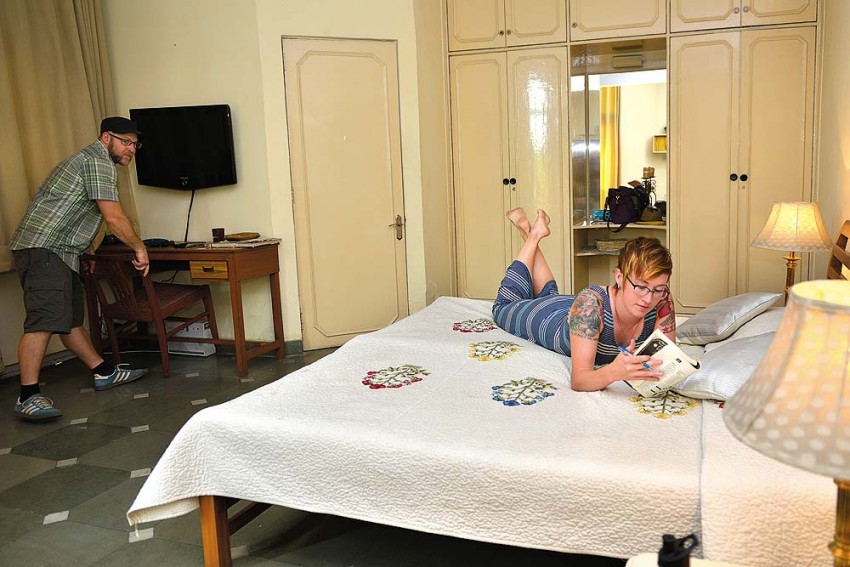 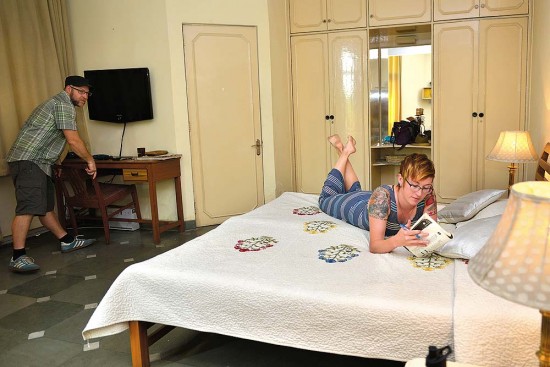 It’s got the world’s top economists quoting Adam Smith at us. It’s got the little guy on the street divided against his own brother. It’s got the urban, metro-riding, car-owning, office-going, party-hopping crowd tied up in knots. We’re not talking about who really read that Piketty tome and who faked it (come on, admit it). Nor is it a referendum on who are better, vegetarians or meat-eaters. We’re just trying to hail ourselves a cab from Uber, Ola, Taxi4Sure; or Zomato to rate our restaurants rather than check them out ourselves; and try an Airbnb homestay rather than a hotel even when we can afford it.

The debate over seemingly innocuous everyday convenien­ces on platforms—they call themselves part of a new “sharing economy”—is so charged up that it has morphed into a war over rather deep questions. “The basic issue with platforms and the ‘sharing economy’ is the same—the liability of the service provider,” says Rohit Prasad, associate professor of economics at the Management Development Institute, Gurgaon. In the old days, you went to a taxi stand. Today, your taxi arrives at the touch of a screen. If a platform like Uber had its way, it would not be liable for what happens after you touched that button and ordered a cab. “All the responsibility is shifted to the driver of the cab. The question is, how practical is it for a country to run regulations like that, on an entirely individual basis?”

Here’s another deep question: are individuals being somewhat too highly regulated in our times while corporations are allowed to get away scot-free? Or, are platforms pursuing a kind of Gandhian satyagraha against quaint, outdated laws? Inevitably, the corollary looms, are platforms reshaping economies along hyper-capitalist terms, by killing brick-and-mortar?

A Twitter battle on the evening of June 3, 2015, showed how both sides of this struggle stand ranged against each other. Delhi’s special police commissioner (traffic), Muktesh Chander, tas­ked with enforcing a ban on Uber cabs, was clearly frustrated by Uber drivers continuing to make trips. He tweeted @Uber_Delhi: “If Uber is banned in Delhi why r u still operating while your cabs r getting prosecuted and impounded? Playing cat & mouse?” Uber, quite belligerent, responded: “@MukteshChanderIPS: Lakhs of hardworking livelihoods r at stake because of this unilateral enfo­rcement. We appeal to your office to resolve amicably.”

Therein lies the rub. Uber seems to think that ‘amicable resolution’ means the law should be changed to allow its cabs. Notwithstanding that Uber’s drivers have been caught making local, or point-to-point, trips in diesel vehicles, which is banned inside city limits. Can a technology firm circumvent rules bec­ause its apps are “disruptive” but “useful”? “For the com­pany to say it is socially useful because it provides jobs is only a small part of the picture. They are also displacing jobs at the same time, perhaps more than what they create,” says Naveen Thayyil, assistant professor of law and public policy, department of humanities and social sciences, IIT Delhi.

Indeed, Uber’s argument is an inversion of Adam Smith’s popular dictum on markets: “It is not from the benevolence of the butcher, the brewer, or the baker that we expect our dinner, but from their regard to their own interest.” “The dictum stands that social good is an incidental effect, a byproduct of a corporation pursuing its own self-interest. Uber is here to make a profit. Nobody should have to point this out to them,” says global strategist and economist Pankaj Ghemawat.

Ghemawat believes Uber initially pursued a “reckless” strategy of introducing taxicab services first and thinking through the regulatory challenges later. “It seems to have become a lot smarter now, I think, as realisation dawned that governments can make or break them,” he says.

Sure, even in India, Uber and other platform players are up against swathes of regulations that bind workers to employers, to complex pollution control norms within city limits, and not least of all, to tax regulations that would insist upon a level playing field between aggregators like them and brick-and-mortar markets like your local taxi stand or hotel chains. “If the problem is the law, then selectively breaking the law is not the recipe for a successful society,” says Ghemawat.

The argument that providing jobs ensures a free pass—or the references to the greater common good in India or Gandhian passive-resistance by Airbnb—simply don’t wash with the experts. Frank Pasquale, professor of law, University of Maryland Carey School of Law, Baltimore, says, “If forms of institutional corruption—allowing one set of well-connected entities to play by different rules than others—are the core issue, isn’t this just another example of it?” he asks to a question on the platform economy’s ardent fan following of users and customers. This following, in Uber’s case, puts imm­ense pressure on local authorities to allow them to function regardless of legal or social implications.

There are larger issues here. Do platforms effectively throttle domestic players who are typically behind the invisible technology curve radiating out of Silicon Valley? As Pasquale reminds us, India’s tech sector should develop its own Ubers, letting policymakers then decide how much space to give to them. “Nat­ions should not simply let rich US firms take over their markets without trying to develop advanced sectors in their own economy,” Pasquale says.

The platform economy is a wonderful slogan, but there are serious concerns related to what kind of economy India wants, says Dr Jesim Pais, who works on issues related to industry and employment with the Institute for Studies in Industrial Development, Delhi. “Right now the popular mood in India is so entirely pro-free market that everybody is saying, let the corporates be, don’t regulate, and so on. I find this very troubling. It takes away the role from governments to think through regulations.”