Vigorously espousing a cause, that of widow remarriage, it comes to the point way too late into the action. 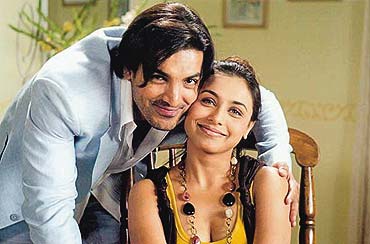 Baabul is in the line of the social issues-oriented cinema of the B.R. Chopra banner vigorously espousing a cause: that of widow remarriage. However, it comes to this point way too late into the action, with the entire first half wasted in just setting the stage for the tragedy. All the drama, tension and emotions intrinsic to the theme are kept locked till the fag end. What happens through most of the screen time is a big celebration of the great Indian family. Every banal moment is blown into something big. Here father (Big B) calls his son (Salman) buddy and his wife (Hema Malini) biwi. They dance at every function using foreign dancers as extras.

That’s not all, the other major flaw of the film is that it fails to see a widow’s problem in the context of the modern, urban family that she’s shown to belong to. This is not to say that widows...

I Had My Own Rules, Yet Was A Successful Hero: Amol Palekar