Seems like an attempt to narrate the player’s side of the story, finally exonerative, but with a happy ending. 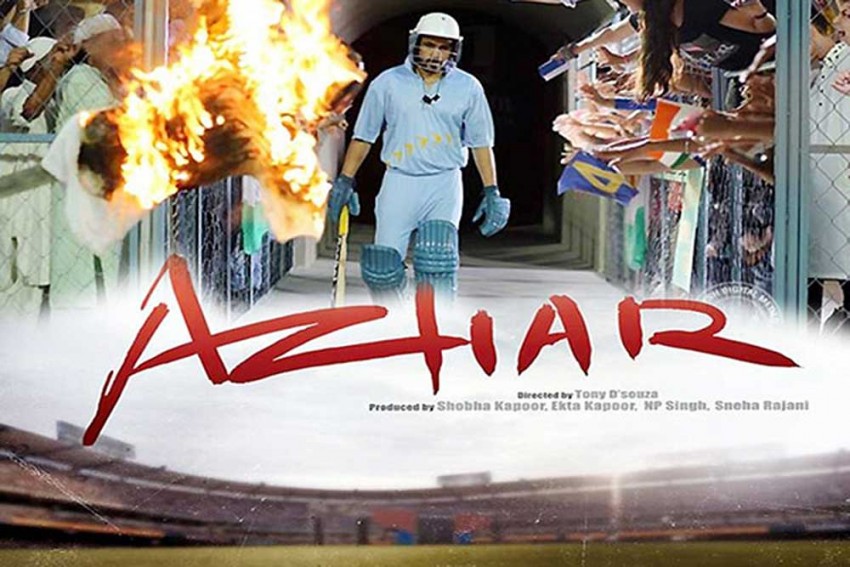 Almost 17 years ago, when he was banned by the BCCI for his alle­ged role in match-fixing and three-and-a-half years after he won a court case against the ‘illegal’ punishment, a biopic has brought Moh­ammed Azharuddin right back into debates. Usu­ally, in all these long years, Azhar has steadfastly refused to talk about the match-fixing scandal that ended his car­eer in ignominy, but, very clearly, gave his consent to film-makers to have his say on celluloid after all these years.

Azhar, though it claims to be a work of fiction, seems like an attempt to narrate the player’s side of the story, finally exonerative, but with a happy ending. Azharuddin, a man with sublime, wristy flicks and effortless, languid strokes, is first shown accepting money from a bookie to underperform. After that, he realises his mistake, makes amends, and plays to his full potential to help India win a crucial match. He even ret­urns his ill-gotten gains. In the final scene, both his first wife (Naureen, played by Prachi Desai) and second (Sangeeta Bijlani, played by Nargis Fakhri) make a drama­tic appearance together in court when the judge declares Azhar’s life ban illegal, thus hinting at a reconciliation. The longest role in the film, after Emraan Hashmi’s Azhar, is that of his lawyer, Reddy, played by Kunal Roy Kapur, who is initially not confident about winning the case, but eventually has the better of defendant lawyer Meera, played by Lara Dutta.

In real life, lawyer Rama Kant Reddy, Azhar’s classmate from All Saint’s School in Hyderabad, told this reviewer that he was initially reluctant to take up the case, but took up the challenge on the insistence of his mother.

The film, which was largely shot at various English cricket grounds, was completed in about a year. Azhar also comes armed with a long disclaimer up front that declares it as fiction, clearly to avoid litigation, as many of Azharuddin’s famous teammates are shown—actually, often depicted mercilessly—though they are only given first names, like Ravi, Manoj etc. Although the events are fast-paced Azhar would only appeal to people who’re aware of the facts.