Will a gubernatorial role contain a lifelong top cop? 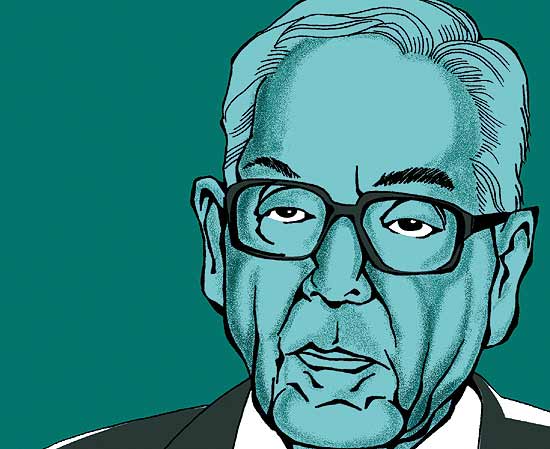 Some veteran civil servants say there’s no place for sentiment in bureaucracy. But there are times one must ignore such a cold point of view. This is why I want to write about someone who’s very much in the news, with whom I have been associated for nearly four decades. This was a special relationship, where there was no quid pro quo. I am talking of M.K. Narayanan, who has bowed down from the important post of National Security Advisor (NSA) to go to a state that is problematic and different from the others in a variety of ways.

MK’s leaving South Block marks the end of an era that will be remembered for long, mostly for what it achieved, and only a little for what it did not. No other police officer, including the legendary B.N. Mullik, who shaped the IB in the years after independence and was highly regarded by Prime Minister Jawaharlal Nehru, or Ramnath Kao, who led RAW when it was formed in 1968 and had a close relationship with Indira Gandhi, ever enjoyed as much authority and credibility as MK. I do not think anyone from the IPS will in the foreseeable future reach MK’s eminence.

From all accounts, as NSA, MK was lording it over the IB and RAW. This wasn’t because he demanded obeisance. His encyclopaedic knowledge and his infinite capacity for tendering professionally tenable advice were so striking that the heads of intelligence approached him on their own, with deference and respect, as often as they needed to. They gave their best to him almost unsought. His closeness to the centre of power was only incidental. You cannot fault him if civil servants and a host of others, including those from the private sector and academia, flocked to his office seeking counsel. He no doubt liked being important and in a position to help those in need of it. If some undeserved ones also occasionally benefited, it was his utter charity and nothing else.

My association with him goes back to the late 1960s when I joined the Intelligence Bureau. Eight years my senior, he had already established a formidable reputation; it remained intact till he retired in 1992. I still remember his chiding me for leaving the IB to go to the United States unmindful of the fact that I had every chance of ending up as the director. He has not forgiven me to this day for what he considered an irrational decision!

For a variety of reasons, MK was in a limbo for a little more than a decade, a phase during which the country was unfairly denied his wisdom. Such tragedies befall many brilliant civil servants for no fault of theirs. Narayanan bounced back and reached dizzy heights when the upa came back to power in 2004. He hasn’t looked back since. His amazing equation with Prime Minister Manmohan Singh—established on the basis of professionalism and unimpeachable integrity—has been the envy of many, especially his detractors, whose number is not inconsiderable. He turns 76 in a month. He had to go some time in the near future. I refuse to buy that his exit was purely his own decision. He will miss being NSA, because he has still so much to offer to the country and to Manmohan personally.

I do not wholly endorse his agreeing to move to West Bengal. He is no doubt physically fit—you must see how vigorously he exercises in the morning—and mentally alert to discharge his responsibilities as governor. One must, however, remember that the Marxists reportedly have a grievance that they were not consulted on his appointment. But then MK and Buddhadeb are men of great maturity. They need each other and should complement each other to fight the Maoists. There is, however, the Mamata factor that should confound MK. I predict his hands will be full. He will, nevertheless, live up to expectations, given his energies and an ability to carry people with him.

To the IPS cadre, MK moving from New Delhi is a great loss. The service needs a father figure to look after its legitimate interests. Right now, there’s no one to fill the vacuum. I wish young IPS officers learn from MK’s career. Hard work and serious application to day-to-day tasks without getting mixed up with mundane politics are still virtues to cherish and gain from. These officers need not be overly agitated with the games that politicians play to unsettle rules and conventions. If, from day one, they display independence and integrity and shun avoidable publicity, they can still make it to the top. This is what I believe is the secret of MK’s success.