The environment minister is on a clean-up operation 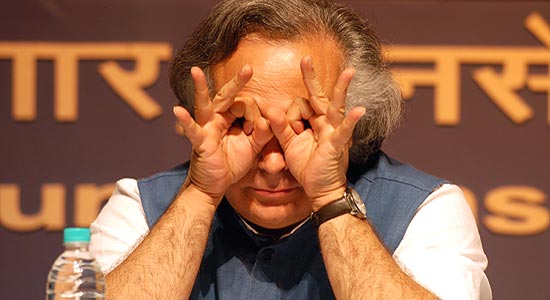 CM Ashok Chavan’s Maharashtra govt upset after the MoEF goes back on its "in principle approval" for the Navi Mumbai international airport.

The Narendra Modi regime criticises Ramesh after he refuses to clear a 2.5 km-long ropeway to the Ambaji temple in the Gir forest.

Ever since Jairam Ramesh took over as environment minister, change has become a constant in the Union ministry of environment and forests (MoEF). It began with his much-publicised move to fix glass doors in his room to promote transparency. Then came the polite burial of the ministry’s ‘Luddite’ website. But Jairam’s drive for change goes beyond these cosmetic measures. They are now striking at the core of MoEF’s style of functioning, synonymous as it is with corruption and environmental degradation.

First on the chopping block is its “in principle approval” policy, handed out in abandon to appease project developers even before mandatory assessment studies were completed. This had led to several complications where work on projects began without an actual approval, a famous instance being the hydroelectric project in Dibang, Arunachal Pradesh. Manmohan Singh had laid the foundation stone for it in December last year despite it not having approval. To clear any ambiguity, Jairam says, “We now want one clearance in one go.”

And when it concerns sensitive ecological regions, like the upper reaches of the Ganga, the environmental impact assessment will now be carried out for the entire region and not just the project site to have a more comprehensive idea of the impact. More importantly, if Jairam has his way, the MoEF may no longer be directly responsible for granting clearances. This month, the ministry released a discussion paper on the creation of a National Environment Protection Authority (NEPA). This autonomous body, with the combined responsibility of the National Environmental Clearance Authority proposed earlier and various pollution control boards, will be the apex authority to hand out clearances and oversee compliance of the Environment (Protection) Act, 1986.

"The MoEF is working with digital maps of forests, coal deposits, to identify ‘go, no-go areas’ for mining.”

The intervention comes along with the proposed National Green Tribunal, a fast-track court for disposal of environment-related civil cases. A bill for the tribunal, tabled in the LS in August this year, is expected to get legal sanction by November. The existing National Environment Appellate Authority has caught flak for its record of dismissing all but one petition in the last 12 years. But when it comes to ambitious reworking of how to better protect the environment, no plan matches up to the proposal to financially compensate states that decide to conserve forests forsaking development projects. Jairam says “the ministry is working with digital maps of forests and coal deposits and superimposing them to identify ‘go and no-go areas’ for mining. If successful, we will use the approach elsewhere.”

But there are many who are unconvinced by the minister’s intentions. Referring to the NEPA, Kanchi Kohli of the Kalpavriksh Environment Action Group says, “Without addressing the core problems of the framework now being used to grant 80-100 clearances each month, NEPA will inherit all those problems. Worse, it will absolve the MoEF of all its regulatory, monitoring responsibility.”

So is all this just environmental grandstanding? It could be, for the Copenhagen climate change summit is coming in December. India has a strong case when it says developed countries must accept primary responsibility and cut down on emissions. That said, India has only itself to blame for the poor state of its own environment. Jairam’s task is more arduous at home than any protracted international negotiation.