The first thing a visitor to Australia has to disabuse himself of is the idea that the Australians speak English. They don’t. 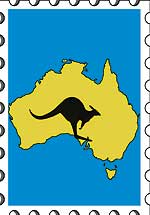 The Ghan of Khans

The first thing a visitor to Australia has to disabuse himself of is the idea that the Australians speak English. They don’t. Indeed, they cannot even pronounce the name of their own country. They call it ‘Austrylia’. To break the code, here are a few simple rules. When an Australian wants to say ‘main’, he pronounces it as ‘mine’, and when he wants to say ‘mine’, it comes out as ‘moyne’. Thanks to the generous hospitality of the Australia-India Institute, I find myself at the Darwin railway station waiting to board The Ghan, the once-a-week train that runs from Darwin via Alice Springs to Adelaide, right through the Australian outback. The train derives its name from the Afghan, a strange coincidence that owes its origin to the early 19th century explorers of Australia’s Red Centre needing to cross the near-empty vast spaces, stretching 3,000 km from north to south and some 4,000 km west and east. They imported several thousand camels from Afghanistan  along with camel-drivers whom the Australians called ‘cameleers’. This supply train of camels enabled the pioneers to string telegraph lines across Australia. It was also around then that the idea was floated of a railway line through the heart of the continent. A beginning was made, but it took over 150 years for the dream to be fully realised just a decade ago.

When the line was finally completed, the cross-country train came to be called ‘The Ghan’ in memory of the sterling Afghans, commemorated in a statue at Alice Springs railway station of an Afghan cameleer riding one camel and leading another. No one seemed to know what became of the descendents of these hardy Afghans.

The Ghan makes me feel really young at 73, because almost all my fellow-passengers long preceded my birth and are either well into their 80s or marching in that direction. We are welcomed in the ‘Observation Lounge’ of The Ghan with a complimentary glass of champagne and the promise of a most luxurious gourmet journey as we race across the scrubland. En route, the train stops for four hours at the tiny settlement of Katherine to take us on an off-train excursion to the imposing gorges on the Katherine river. There, on a river cruise, we are shown the rock paintings of the continent’s most ancient inhabitants, its aboriginal people—but I am intrigued at all this being explained by white experts with not a single aboriginal to tell us of his ancestors’ way of life.

This is the homeland of the aboriginal, but of them there is little sign although today’s Australia goes self-consciously out of its way to render recognition, even homage, to them. Unlike America, where one sees the African-American everywhere, in Australia the aboriginal is notable by his absence. In Alice Springs, which should be his native desert headquarters, the aboriginal is seen only in small groups, aimlessly hanging around street corners or lurking in ones and twos in parks, but not in evidence as janitors or porters or other such humble, let alone more exalted, occupations. Not even as guides or helpers at tourist spots.

Dining in a modest Alice Springs Chinese restaurant, I saw an aboriginal couple wander in, hang around and then walk out without ordering a thing. The proprietor’s wink indicated that they had come in for a freebie that he was unwilling to part with. I thought my theory was being exploded when an aboriginal lady got on to the airport shuttle, but at the airport I found from the passport she flashed that she was actually an African diplomat!

The climax is the visit to the magnificent Ayer’s Rock, now known by its aboriginal name Uluru, a rectangular block rising out of the flatlands, brick-red by day but changing to black as the sun goes down. The guides keep their flock in discipline by warning that if they stray across the narrow marked track leading up to the rock, the scrub beyond contains seven of the ten most poisonous snakes in the world!

Nowhere else on our planet can you see stars burning so bright in a jet black sky because there are simply no lights for a radius of several hundred kilometres around Ayer’s Rock. The unesco-declared World Heritage Site is named after a secretary-general of South Australia who had helped finance the expedition, but his moment was short-lived, as he was sacked two days later and now, thanks to the name-change, has lost even his temporary fame. (I had to modestly explain to fellow-tourists that the Rock was not, in fact, named after me!)

Last week in Australia I learned that when an Australian greets you of an early morning with  a cheerful ‘Good Die’, don’t cry out in despair, ‘No, I want to live!’ He only means ‘Good day!’

The writer is a former diplomat and Union minister. E-mail your diarist: manirsmp [AT] gmail [DOT] com