For a fast, frothy record of events, Hiro’s book passes muster. Yet, premised on a ‘primeval’ Hindu-Muslim hatred, his is often an unresearched, prejudiced waffle. 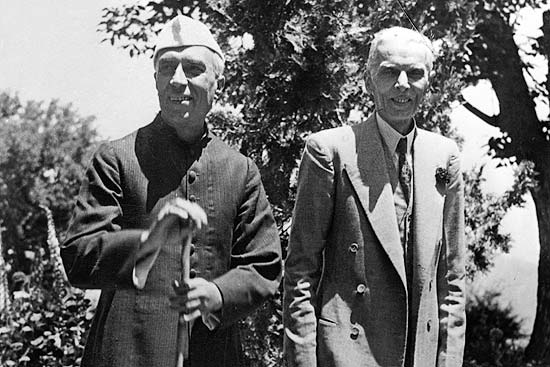 The blurb on the front cover describes Dilip Hiro as a ‘chronicler’. That is accurate, for Hiro is a pretty good archivist, but hardly a historian. At best, his work could be described as narrative history, a useful, if selective, compilation of facts, events, personalities and dates but little informed by any sense of interpretative history, let alone serious historiography.

It was the Cambridge historian, E.H. Carr, who in his 1961 lectures on What is History? pointed out that while it is important for the historian to know that the Battle of Hastings was fought in 1066 and not in 1065 or 1067, history had to answer not the question of its date but why it was fought, how it turned out the way it did, and the consequences of that path-breaking event in the history of England. Hiro’s compilation of clippings from the past one hundred years is useful as a chronicle but fails the Carr test as history. The calendar of events runs smoothly off his computer, but there is little by way of in-depth analysis or thought-provoking reflection. And when a view does intrude, it is more often than not an expression of personal prejudice than a well-thought out argument.

Hiro sees ‘the core’ of the contemporary Hindu-Muslim relationship, and, therefore, of the India-Pakistan relationship, as lying in “the far longer history of unreconciled relations between Hindus and Muslims in the Indian subcontinent”. From there, it is but a step to explaining Partition, and the subsequent “unflinching rivalry” between the two countries, as founded in “primeval religious hatred and animosities, bottled up during the past many generations”. No proof is offered for this extraordinary view; it is stated as a given.

While V.D. Savarkar and his acolyte, Nathuram Godse, might have concurred with this view, yet, surely, there was much more to the 666 years of Muslim rule in Delhi from 1192 to 1858 than just “unreconciled relations” and “primeval religious hatred and animosities”. It was also a long history of cultural and spirit­ual interaction that gave rise to the Ganga-­Jumni tehzib that constitutes the core of a secular idea of India. Hiro does not deign to even consider this perspective, arguing instead that “social intercourse between the communities was minimal, with inter-marriage non-existent”. But of course, at the time, inter-­marriage was non-existent between different castes and sub-castes of Hindus themselves, not just Hindus and Muslims, and even the various communities of Muslims. One cannot transport 21st century values into a distant past. And as for other aspects of ‘social intercourse’, the emergence of Hindustani as the country’s lingua franca, the impact of Islam on the Bhakti movement, musical gharanas that belonged to Muslim as much as Hindu, qawwali as the counterpart of the bhajan, shared dress codes and cuisines, the mushaira and the kavi sammelan—all these could not have come about without fairly intensive ‘social intercourse’ between Hindus and Muslims. For centuries, the two communities have lived side by side in lakhs of villages all over the country and post-Partition India could not have become home to the second largest population of Muslims in the world, nor Pakistan itself riven by rival Muslim sects if, in fact, there is no more to our joint history than “primeval religious hatred”. Partition was the consequence of existential and exigent political realities during the Empire’s 1945-47 ‘scuttle’. They arose in the seven years between 1940 and 1947 and were principally caused by Jinnah’s wholly bogus slogan ‘Islam in danger’, which he himself endangered by his August 16, 1946, call for ‘Direct Action’.

Indeed, Hiro himself points out that the first recorded communal conflict dates back to not centuries but (ironica­lly, although the irony is lost on Hiro) to Godhra in 1854. That hardly indicates “bottled up religious hatred and animosities...during the past many generations”.

What animates this record is an abiding dislike of Gandhi. His tour of riot-hit Noakhali and Bihar is dismissed in a line.

Given also that Hiro faults Gandhi for failing to “provide an in-depth analysis of the problems in terms of history, sociology and economics”, it is Hiro rather than Gandhi who shows that “in the abs­ence of a fair grasp of these disciplines, the task (is) beyond his intellectual powers”. Hiro comes only once close to the truth when, while describing Manto’s immortal Toba Tek Singh, he ack­now­ledges “the demented logic of Partition”. It was ‘demented’ precisely beca­use it took no account of the shared civilisational inheritance of the subcontinent’s Hindus, Muslims, Sikhs and others.

Indeed, what animates this record is an abiding dislike and distrust of Gan­dhi. Of a fast undertaken by Gandhiji in 1924 to promote Hindu-Muslim amity, Hiro sneers: “The inter-communal misperceptions and prejudices that had grown over centuries could not be dissipated by an ascetic politician voluntarily abstaining from food”. On page 89, Hiro dismisses Gandhi’s fearless tours of riot-hit Noakhali and Bihar in a single line; then devotes the rest of the page to an account of Gandhi’s relationship with his grandniece.

His ire is principally on account of Gandhi having linked religion to politics, which he calls “Gandhi’s original sin”. But he does not see or emphasise that Gandhi linked a reverence for all religions to value-based politics. Unlike Jinnah post-1937, or the disillusioned Jauhar brothers, Gandhi did not deploy religion to divide but to unite. He did not politicise religion by spreading hatred of other religions but by att­empting to yoke religious communities together in a great national cause—freedom for all and equality for all religions. Indeed, it is significant that Hiro quotes and translates the first words of Gandh­iji’s favourite hymn, Raghupati Raghava Raja Ram but fails to quote or translate the heart of the prayer: “Ishwar-Allah tero naam/Sabko sanmati de Bhagwan”.

Equally scathing are his obiter dicta on Nehru, who is scorned as a “self-­right­eous moraliser (who) sacrificed morality and legalism on the altar of power politics” and whose Kashmir and China pol­icies are denigrated—som­etimes with justice but hardly with the objectivity that is demanded of the historian, if not of the journalist with a simplistic foreign audience in mind, which, at the end of the day, is what Hiro is.

Not that he has not retrieved some historical jewels that have virtually passed out of sight, such as the current value of the `55 crore which Gandhi insisted be released to Pakistan and for which he paid with his life: $1.6 billion! It is brought to light that Patel agreed with Mountbatten in the defence committee that the J&K maharaja’s accession to India would be “subject to ascertaining the will of the people in a plebiscite”. Jinnah is quoted as bemoa­ning on a flight where he saw the exodus of refuges crossing to either side of the divide, “What have I done?” And in striking contrast to Jinnah’s much-­cited inaugural address on August 11, 1947, to the Pakistan Constituent Assembly, which unambiguously sought a truly secular Pakistan, his buckling to communal elements just a few months later (January 25, 1948) by declaring that “Pakistan’s constitution would be based on the Sharia canon to make it a truly great Islamic state”.

The post-Partition story of India-Pak­istan relations is competently done (if we accept that Wikipedia writes hist­ory), but events are so telescoped and transitions are so swift that the reader gets the impression that he is floating on the surface, not being immersed in the historical truth. I would recommend that the book be bought and placed on the library shelf for ready reference but that the reader make up his own mind on whether there is not more to the relationship than just “unfliching rivalry”. Salvation lies not only in cricket and trade, as Hiro seems to indicate, but in changing the Partition mindset through “uninterrupted and uninterruptible dialogue”.

Eat With A Gold Spot