‘Atalji Suggested We Be Ready For The Police’ | Excerpt from L.K. Advani's Book

L.K. Advani, then president of the Bharatiya Jana Sangh, was arrested and imprisoned during the Emergency for nineteen months. For a brief period, his fellow prisoner in Bangalore was Atal Behari Vajpayee. 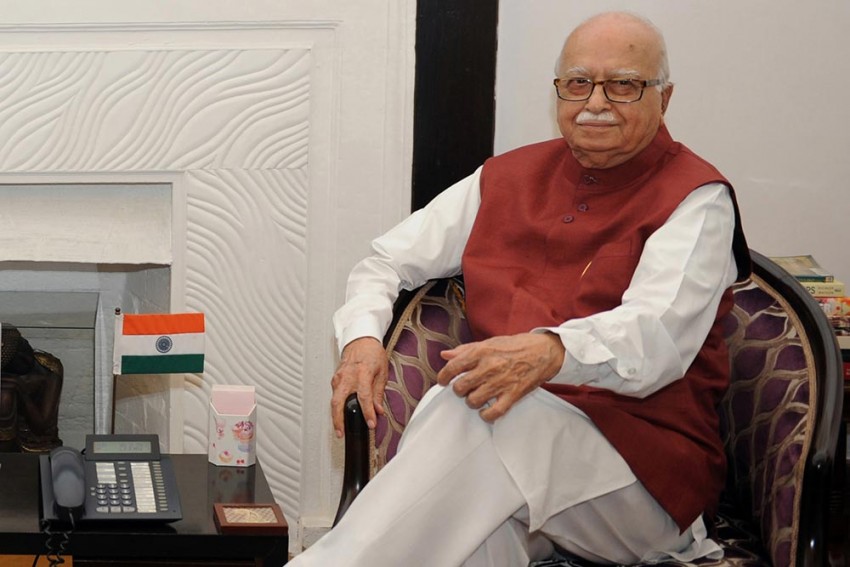 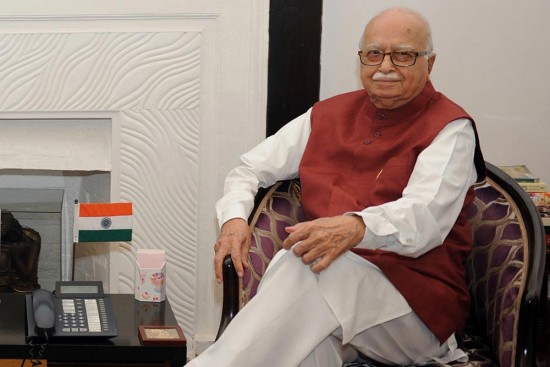 L.K. Advani, then president of the Bharatiya Jana Sangh, was arrested and imprisoned during the Emergency for nineteen months. For a brief period, his fellow prisoner in Bangalore was Atal Behari Vajpayee. “Prison is meant to be a punishment,” wrote Morarji Desai in the foreword to the 1978 edition of A Prisoner’s Scrap-Book. “But the satyagrahi converts it into a challenge for deepening his political faith and his personal capabilities.”

BANGALORE. THURSDAY, JUNE 26, 1975: It is around 7.30 in the morning. The telephone starts ringing. Shyam Nandan Mishra (Shyambabu), with whom I am sharing a first floor room at the MLA’s hostel here, picks up the receiver, but hands it over to me, saying: “It’s for you.”… The police, the message concludes, may shortly be calling for Atal Behari Vajpayee and myself…[I then] hastened to Atalji’s room to convey the news to him. We conferred briefly and decided that neither of us should evade arrest. Let them come and pick us up whenever they want…. Soon, Atalji arrived and suggested that we have our breakfast and be ready for the police….While we were at the table a party worker came in to tell us that the police had arrived and were waiting outside…we were met by a police off­icial who told us that they had come to arrest us. Accompanied by the officials, we went upstairs to our respective rooms to pack our things…. Atalji and I prepared a joint statement condemning the arrest of J.P. and other leaders, denouncing the Emergency and aff­irming that June 26, 1975 would have the same historic significance in the annals of ind­ependent India as August 9, 1942.

FRIDAY, JUNE 27: Meanwhile, we had a look round our new surroundings. Two oblong, large rooms facing each other were to be our new abode for the next few weeks. Shyambabu and [Madhu] Dandvate occupied one of the rooms and Atalji and I shared the other.

SUNDAY, JUNE 29: As promised by the jail authorities; utensils, crockery, bedding, linen have all arrived. Foodstuff, including cereals and vegetables, were supplied in accordance with the specifications laid down in the jail manual. Atalji having volunteered to supervise the cooking (the Lok Sabha Who’s Who has duly listed ‘cooking’ among Atalji’s hobbies), the culinary arrangements are as perfect as they can be in a jail. Our food is simple but wholesome.

Read Also: Atalji Never Said Anything Derogatory About Anyone’ | By Murli Manohar Joshi

MONDAY, JUNE 30: All four of us have borrowed books from the library. The superintendent had meanwhile sent us a pack of cards and a carrom board. We fitted them into our routine which included, apart from our daily chores, a two-mile stroll in the evening.

FRIDAY, JULY 11: Atalji and I filed our habeas corpus petitions…in our petitions we requested the Court to permit us to argue our cases.

SATURDAY, JULY 12: Atalji has been complaining of backache for over a week, and has been to the hospital several times for a checkup. Immediately after lunch, he complained of acute pain in the stomach. The doctor who examined him said it might be appendicitis….

THURSDAY, JULY 17: It must have been around 6.00 AM when we were all woken up by deputy superintendent Desai and asked to get ready to leave. “You have all been released,” he told us. Desai got a taxi for us. But just as the taxi emerged from the jail compound and turned left on the main road, we found a possee of police blocking the way…. A senior police official, Naik, who was to give us company several times later, stepped forward to tell us: “I am very sorry. It is my unpleasant duty to arrest you again.”

(On the afternoon of July 17, Advani was hurriedly transferred from Bangalore to Rohtak Jail along with Mishra and Madhu Dandavate. Vajpayee had undergone an operation for appendicitis on July 12 and could not be transferred. Later, the court restricted the government from transferring Vajpayee as the opposition leaders continued their legal battle in Bangalore courts from Rohtak Jail.)

WEDNESDAY, NOVEMBER 3, 1976: Jimmy Carter is elected president of the US…. A note from outside mentions that on October 29 Atalji met Satya Sai Baba at Whitefield. A Madhya Pradesh Minister was also present. In the presence of everyone Sai Baba said that there was no democracy in the country today, no freedom of expression. He later took Atalji to his chamber and said that the fight for democracy must continue; ultimately dharma (righteousness) will triumph.

Read Also: I Called Vajpayee ‘Face of BJP’, Media Made It ‘Mukhota’

SUNDAY, NOVEMBER 9: The papers report Indira Gandhi as saying that in the absence of the steps she had taken, events of Ban­g­­la­­desh would have been enacted in India too…. J.P., Morarji, Charan Singh, Vajpayee—the top leaders of the Janata movement—literally abhor vio­lence. Even to insinuate that they had been scheming a bloody coup is a slander, vile and contemptible.

MONDAY, NOVEMBER 17: Rama Jois sees us in the evening. He tells us that Vajpayee was operated upon yesterday for a slipped disc. It has been a major operation, lasting from 7.30 am to 2 pm. Two days earlier, Vajpayee was also released on parole. The operation is successful, Jois tell us. We send a telegram to Atalji, wishing him speedy recovery.

SUNDAY, DECEMBER 12: A communication from outside informs us that Atalji has written to the Home Ministry, asking that either the restrictions imposed on his movement under the parole order be removed or he be sent back to jail.… Gopinath conveys from outside that he has spoken to Atalji on the phone early in the morning. Atalji says he has had no official communication about his rel­ease. He learnt about it yesterday when the press was told about it.

Under Indira Gandhi’s rule, from June 26 onwards, J.P and Morarji, Charan Singh and Vajpayee, have just ceased to be. They have become ‘non-persons’.

From a letter to Atal Behari Vajpayee, written by L.K. Advani from Bangalore Central Jail, dated August 18, 1976: “…I have been inclined to think that in a situation of the current nature, decisions about strategy can best be taken by those outside. Those inside are likely to be subjective in their thinking…. So, bending backwards just to secure the release of prisoners may not be a desirable thing, but if by bending backwards there is even a possibility of relaxation in the other two spheres (press freedom and freedom of political activity), I am all for it.”

From a letter to Madhavrao Muley, written by L.K. Advani, from Bangalore, January 8, 1977: “In an earlier letter from Shri [Sunder Singh] Bhandariji, it was mentioned that my name was proposed as a general secretary of the new party. I have written to him that if this responsibility is to be entrusted to someone among us, Atalji’s would be the most suitable name. Atalji may insist on my name, but I am sure he would accept your guidance.”