Cruelly barred from joining cricket’s mainstream for long, Northeastern states have decided on a final fling of the ball 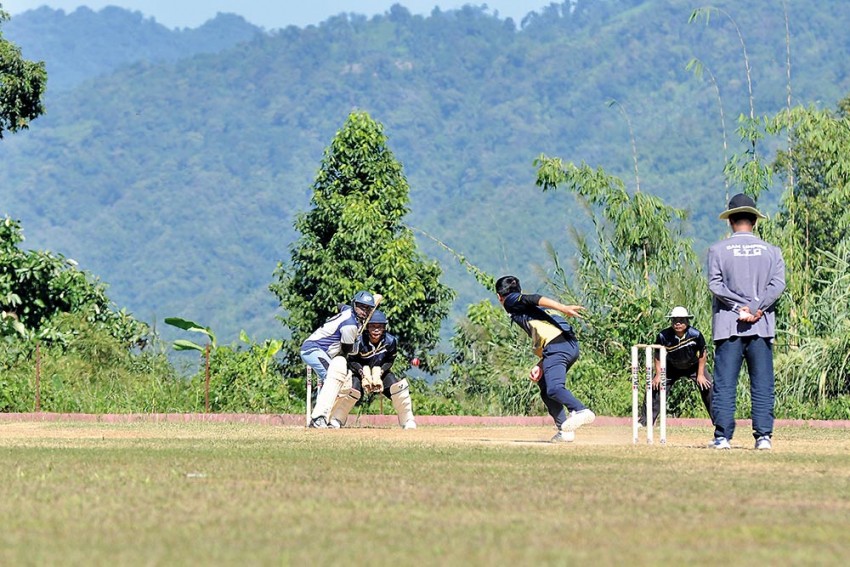 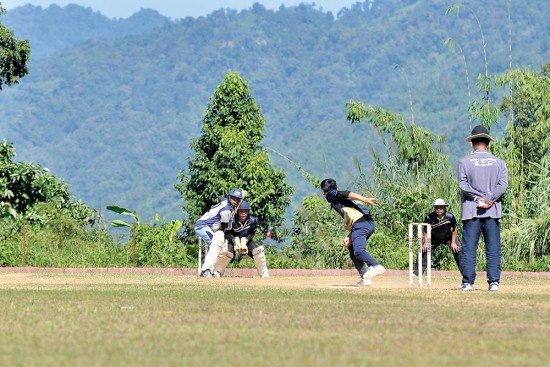 A change of times worthy of a Dylanesque bard is afoot in Ind­ian cricket administration, but the speed of reforms in the Board of Control for Cricket in India is agonisingly slow. The Supreme Court-ordered reforms, which entail an overhaul of the Board’s governance structure, have not been implemented for over a year-and-a-half since the historic judgement. Gra­ndees with vested interests in the BCCI have adopted a dilatory tactic vis-a-vis implementating the Lodha Committee recommendations. Stuck in the morass are hopes of smaller cricket-playing states in the Northeast for an equal share of the pie, a level playing field.

Those states haven’t lost hope. One radical Lodha recommendation was to grant full membership to all 29 states. At the moment, six Northeast states, barring full-member states Trip­ura and Assam, have either ‘associate’ or ‘affiliate’ member status. Unfortunately, Mizoram doesn’t figure in the BCCI’s sch­­eme of things; it has not even been granted the bottom-most ‘affiliate’ membership.

Utterly frustrated after pleading with the BCCI over the years, cricket associations of the six states—Arunachal Pradesh, Meghalaya, Mizoram, Naga­land, Manipur, and Sikkim—have now decided to play their final card: to take the legal route to get their rightful due—full memberships, which will entitle them to regular funds. It also means the right to compete in all BCCI-organised tournaments. Towards that end, the six states will soon file a joint affidavit in the Supreme Court, with a plea to inc­lude their teams in all BCCI tournaments in the 2017-18 season, starting October 6, including the Ranji Trophy.

“Associations of six Northeast states will submit the joint affidavit with the SC in the first week of September.... We will be praying that we should be allowed to play in all BCCI tournaments, including those for women, as we are full BCCI members as per an earlier SC order. Also, the Board should announce our full membership, and implement the Lodha Committee recommendations,” Naba Bhattacharjee, co-convenor of the North-East Cricket Development Committee (NECDC), tells Outlook.

Most significantly, the expenses related to filing the affidavit will be sourced from the public, with cricket officials of these six associations making personal contributions. There’s no other way, they say, as these bodies—with no access to BCCI funds—have negligible resources. “We don’t have money and meeting lawyers’ fees etc is difficult. So we will collect money from our friends in the public dom­ain—basically cricket lovers outside our associations. We have sent our representatives to collect money, whatever people give—Rs 200, Rs 300 or Rs 400—are welcome,” says Bhattacharjee.

Although the SC has accepted most Lodha panel recommendations, it is yet to take a final call on the decades-old full membership of non-­states like Vidarbha, Baroda, Saura­s­htra, and the Mumbai-­based Cricket Club of India and Calcutta’s National Cricket Club.

However, the northeast states feel there is no confusion vis-a-vis their own status. “It is automatic...once you are a full-member state, naturally you have to play. It is obvious. It is the BCCI which is deciding (which teams will play and which won’t in tournaments),” explains Bhattacharjee, also secretary of Meghalaya Cricket Association.

Yet, even after the SC directions, an obs­tinate BCCI has already chalked out domestic fixtures, ignoring the six northeast states yet again. The Board has included a combined team of associate and affiliate members, but only for one tournament—the under-19 boys’ Cooch Behar Trophy. Women cricketers from the Northeast don’t even have that. If given a chance, Northeast cricketers, like Meghalaya’s Aaryan Borah, can make a mark in national tournaments.

While some feel the BCCI should have included all six states in Ranji, others say that it should have given them an opportunity in lower-rung tournaments. Bhattacharjee says the Board could at least have picked a combined team of northeast states for these tournaments.

All these moot points are likely to be discussed in the apex court after the affidavit. Though the step was planned long back, the associations avoided taking it for two reasons. They have been waiting patiently for clarity from the Supreme Court on their membership status, but no specific direction has come so far. Second, they didn’t want to take the BCCI head on as that would have antagonised the all-powerful mandarins.

But, as their patience slowly gave way to despair, these deprived states decided on a court resolution. They hope for a fav­ourable order from the Supreme Court at the next hearing on September 19.

Besides the affidavit, the cricket bodies have also written individual letters to the SC-appointed Committee of Adm­inistrators (CoA) to take up their demands—full membership and a place in tournaments—with the BCCI.

“Copies of these separate letters will be submitted along with the affidavit. We’ve said in the letter that we are full members of the BCCI and have asked why we’ve not been included in the Ranji Trophy and other tournaments,” says Sikkim Cricket Association general secretary Aswin Oberoi.

“Why are you all discriminating against us?” Oberoi asks point-blank in his letter, frustration dripping from every word. “India and BCCI stands to gain by including us all as...Sikkim and other Northeastern States have given the best sports personalities in all sporting events in India and international forums.”

Manipur Cricket Association (MCA), perhaps the top cricketing force in the region, is confident that if given an opp­ortunity, its teams would exceed expectations. In the BCCI-organised associate and affiliate members’ tou­­rna­­ments, Man­ipur won the boys under-22 title in 2012 and the boys under-19 title in 2014, besides finishing runners-up in both the senior women’s category in 2010 and under-16 boys section in 2014.

“Manipur’s under-23 and senior men’s teams are ready to compete in BCCI tournaments, including the Ranji Trophy, from the 2017-2018 season. Therefore, we are officially requesting you to permit MCA to field its teams...,” says MCA secretary Singam Priyananda ­Singh in his letter to the Vinod Rai-hea­ded CoA. “Although there are no fixed parameters of performance, we assure you that our team will perform very well. Please do not let people assume that we are weak and that we will be badly bea-­ten by established teams,” he emphasises.

On the other hand, the Nagaland Cric­ket Association (NCA), in its letter, points out that if its players are not given a platform to show their mettle, they might mig­rate in search of opportunities, like some talented players in recent years. “The NCA...appeals to the good office of the CoA to kindly give us an opportunity to prove our worth...from the session 2017-18 as it would be a historic occasion for us and might change the way the cou­ntry looks at cricket in the north-east,” NCA joint secretary A. Rahman writes.

Ironically, in the silver jubilee year of the formation of the Cricket Association of Mizoram (CAM), there seems no light at the end of the tunnel for it. In his email, CAM secretary Mamon Maju­mdar also requests the CoA to let Mizoram compete at the national level. To prove that they are battle-ready, he points out that CAM organises 12 tournaments, including an IPL-like competition that is televised on local channels every year, without any BCCI funding.

The first thing that BCCI officials opp­osed to Northeast states getting full mem­­bership say is the supposed lack of infrastructure. That contention is misleading, as several states, including low-­rated Mizoram, has good infrastructure in place. “The state government built the Suaka Cricket Ground in Sihhmui, near Aizwal, with a seating capacity of 1,000, and handed it over to the CAM in 2014. We get Rs 6 lakh a year from the state for its upkeep, though our annual expenditure is around Rs 20 lakh, including  exp­e­nses on tournaments. We generate funds from sponsorship, though that comes in small amounts,” says Majumdar.

Nagaland, too, has a picturesque cric­ket ground in Sovima, Dimapur. It even boasts of floodlights. The BCCI curators last year adjudged the pitch at the Naga­land Cricket Stadium as the best in Northeast. Also in 2016, Nagaland conducted BCCI under-16 camps organised by the National Cricket Academy.

As is obvious, Northeastern states don’t lack in enthusiasm. The only thing lacking is a platform for their cricketers to exhibit their talent. Yet, successive BCCI dis­­pensations have mulishly blocked that rightful opportunity to these states. Are they scared that if the likes of Manipur or Meghalaya are given a chance they would upstage teams like Mumbai and Karna­t­aka? That question has started doing the rounds; with its face turned away, a reactionary BCCI won’t answer it.

No Space For A Cigarette Trick