At Rising Kashmir, The Afterglow

At the Rising Kashmir office in Srinagar’s Press Enclave, the assassination of its editor Shujaat Bukhari on June 14 continues to haunt the staff... 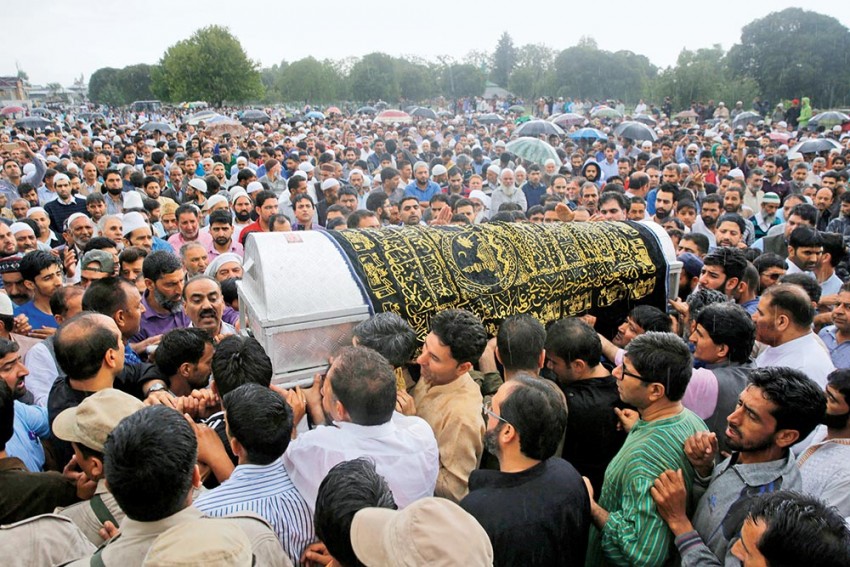 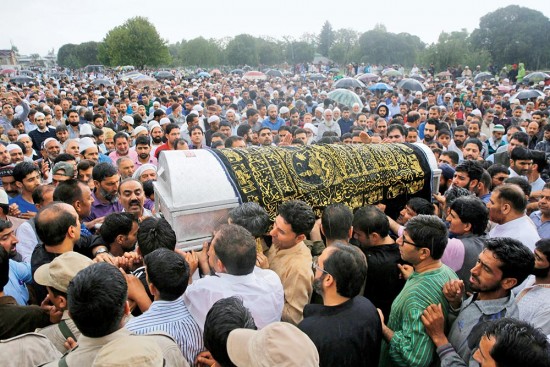 Teary-eyed, they trooped into the office one by one, choking on words as they exchanged greetings after two days of Eid holidays. At the Rising Kashmir office in Srinagar’s Press Enclave, the assassination of its editor Shujaat Bukhari on June 14 continues to haunt the staff. It’s a time of intense grief for them. But, more importantly, also a time to not lose courage.

On Monday, as the staff assembled at the office for a condolence meeting, they recounted stories of his kindness and humility. Danish Nabi, the young opinion page editor of the paper, says it was difficult to get back to work after such a tragedy. “Somehow we summed up the courage,” he says, wiping away tears. The staff staged a demonstration to protest the killing, carrying placards seeking an investigation into the incident. The police have not revealed anything yet, except ­describing the killing as an “act of terror”.

Rising Kashmir made a big statement on the night of the murder. The editorial staff took a ­decision to publish the next day’s edition saying: “This is what our editor would have wanted us to do”. While thousands of mourners were gathering at Kreeri in Pattan, Bukhari’s native village, to mourn his killing, the staff members that the editor had mentored, groomed and led for years, chose not to be cowed down by the terror attack and did what their profession demanded of them. After Bukhari’s chaharum—the fourth day of mourning—Rising Kashmir’s political editor Faisul Yaseen was seen holding a placard during a sit-in protest that read, “we will continue to protest Shujaat Bukhari’s killing”.

Since the incident, the editorial staff has been republishing Bukhari’s pro-dialogue and pro-resolution articles, columns and opinion pieces to emphasise that the late editor was “a voice of moderation and sanity, who favoured a peaceful resolution of the Kashmir dispute through dialogue.”

To replace an energetic editor of Bukhari’s calibre is indeed going to be difficult, but it looks like his legacy will continue to inspire the editorial staff to continue working with courage and professional zeal because, as late Bukhari would always say, the show must go on.

Fall Of BJP-PDP Govt In J&K: Abandoned In Lotus Time