To take to politics or not? That’s been decided, but questions remain. 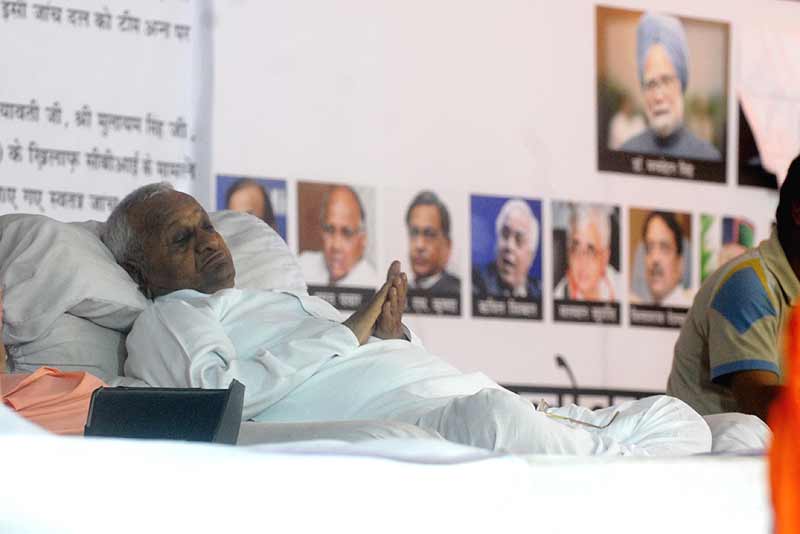 Last August, there was revolution in the air. This August, it’s evolution. There is talk of changing a corrupt, inept through the democratic process of fighting elections. Evidently, they have responded to jibes from politicians on having to prove their strength. Does that mean a party? We don’t know. But clearly for Team Anna, camping and fasting now at Jantar Mantar, politics is not a bad thing. [This piece went to press before the announcement by Team Anna of breaking their fast and providing a political alternative — Web Ed] Politicians perhaps are. What started off as a people’s movement organised by Anna Hazare and his lieutenants is morphing into a political movement with each passing day. But does an agitation led by social activists have it within itself to come to terms with power?

At first glance, everything appears to the same—just like it was last year—at Jantar Mantar in the heart of Delhi, where the team is holding out even as this article goes to print. The cast of characters on the dais, representing the frustration of the masses, is the same. There is Anna Hazare and there are men pledging loyalty to him in ‘Main Bhi Anna’ caps. There’s Arvind Kejriwal, to whom goes the credit for mobilising people. Activist-advocate Prashant Bhushan is there too, and so are the men and women in white coats, attending to the smallest fluctuation in the pulse of those fasting on stage. The cops, like the last time, are tolerant of the crowd. The television cameras are there as faithful recorders of the moment; unlike last year, the coverage isn’t breathless. But attendance fluctuates from day to day, hour to hour.