A reploughing of Jinnah's life, but shorn of balance 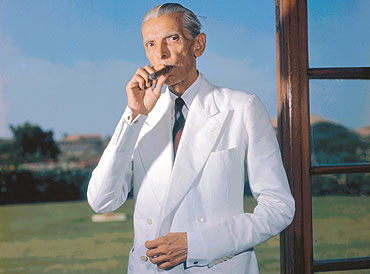 Standard textbooks either ignore Jinnah maturing into a seasoned and liberal politician, or, as is the practice in Pakistani historiography, underplay his articulation of a secularised rather than a communitarian-based polity. To his detractors he appears flighty; his followers and disciples are dazed by his brilliance. The fact is Jinnah’s feet were as frequently off the ground as on it.

Pakistani professor Sikandar Hayat has produced a lengthy biography of the Qaid-i-Azam. Meticulously researched, he focuses on the notion of charisma and charismatic leadership to build the case for Jinnah’s undiminished appeal and enormous popularity. There are good things in his book: the author’s creative sense is in charge throughout. He draws upon a fund of resounding phrases from Jinnah which owe more to feeling than to serious analysis. From start to finish, Jinnah appears to be politically correct, working painstakingly for the good of his co-religionists. There are no breaks in his public life, no ideological shifts, no change in strategy, no reordering of priorities. As if this is not enough: Hayat proceeds to establish his icon’s greatness by comparing him with Lenin, Mustafa Kemal Pasha and Nkrumah.