‘As UID Expands, Targeting Of Subsidies Will Improve’

Despite the high-theatrics rollback of the Railway Budget, the government is confident of being able to push ahead with the reforms agenda. 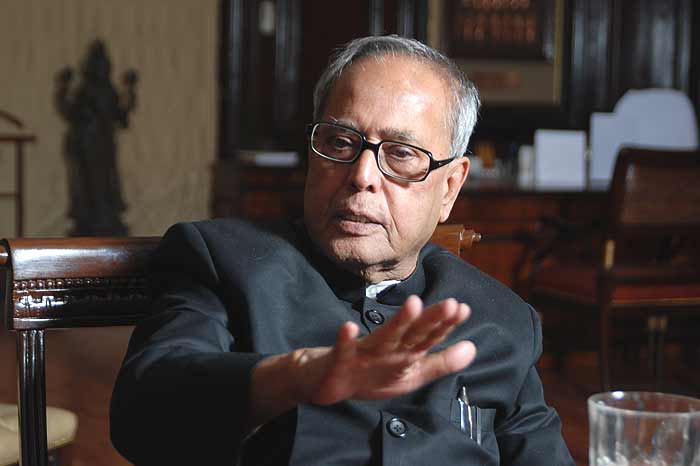 Despite the high-theatrics rollback of the Railway Budget, the government is confident of being able to push ahead with the reforms agenda. In an e-mailed post-Budget interview, Union finance minister Pranab Mukherjee took questions from Outlook’s Lola Nayar and Sebastian P.T. Edited excerpts:


The government has managed to get UPA allies on board over the National Counter-Terrorism Centre issue. Do you think the same tack can be repeated for other reforms such as the Land Acquisition Bill and FDI in multi-brand retail?

Our reforms have been based on a process that builds a broad-based consensus. In a democratic polity, it is essential that interests of all stakeholders are respected and addressed. At times, the process of consensus-building could be slow due to political positioning, but it is the only way forward in a multi-party democracy like ours. In building a consensus, an informed debate is needed to find common ground. We are working with our allies. I’m confident that we’ll be able to implement the reform agenda. History has shown that when the country faces a crisis, the political divide gets bridged and we’re able to successfully address the problems at hand.

We are running a coalition government where the interests of the allies/partners have to be kept in mind.

“While implementing the 12th Plan, we intend to streamline and reduce the number of centrally sponsored schemes.”

Your budget is betting on UID to cut down on subsidies. Given the continuing concerns over UID, including a possible delay in rollout, are your plans on track?

The UIDAI is progressing as per schedule. The enrolments into the Aadhaar system have crossed the 20-crore mark and the Aadhaar numbers generated up to date have crossed 14 crore. UIDAI has been tasked with completing another 40 crore enrolments starting from April 1, 2012. The Aadhaar platform has demonstrated that it is now ready to support the direct payments of subsidies for fertilisers (at the level of retailers), LPG and it is now working on kerosene. The platform can also help in the transfer of payments for NREGA, old age, widow and disability pensions, and scholarships directly to the beneficiary accounts in selected areas. I am quite hopeful that as the UIDAI expands its coverage, the targeting of subsidies will improve considerably.

Subsidies apart, how do you plan to curtail government expenditure?

In my budget speech, I’ve referred to an amendment in the FRBM (Fiscal Responsibility and Budget Management) Act, which provides for a medium-term expenditure framework statement. This statement will put in place a three-year rolling target for expenditure indicators. That would help in undertaking a de-novo exercise for allocating resources for prioritised schemes and weeding out others that have outlived their utility. While implementing the 12th Plan, we intend to streamline and reduce the number of centrally sponsored schemes and to address plan and non-plan classification.

Though you have set a fiscal deficit target of 5.1 per cent, the worrying part is the revenue deficit component will still be around 3.5 per cent.