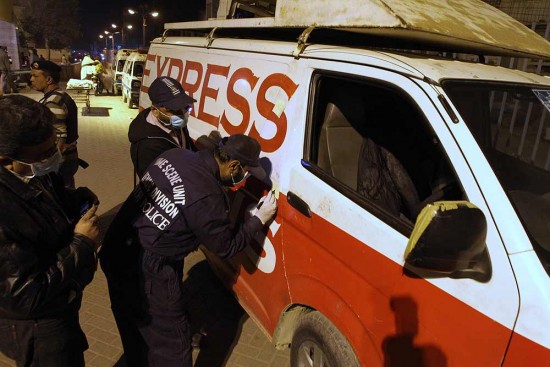 When a certain TV channel in Karachi started receiving a string of phone calls from the Tehreek-e-Taliban Pakistan or TTP in Peshawar for not running a statement they had sent on its ‘ticker’, the battle-hardened office prepared to shrug it off as another pesky bother in a day’s work. Till news reached them of a bomb blast near their Peshawar bureau office. And the ticker flow promptly yielded to the TTP demand.

In recent years, Pakistan has rivalled Syria in being dangerous for journalists—so many have been assassinated so frequently. The needle of suspicion is shared by political parties, intelligence agencies, jehadi groups and the mesh of mafia. But that was before the TTP appeared on the scene. The TTP—responsible for much of the recent vio­lence against the Pakistani army, and itself at the receiving end of state ret­ribution in the form of airstrikes—does not issue empty threats. And now they have the journalists in Pakistan in a vice-like grip.