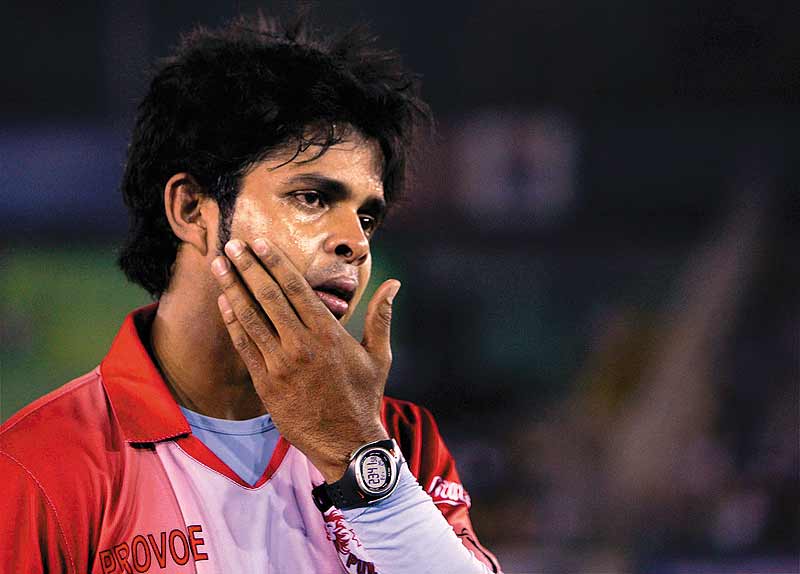 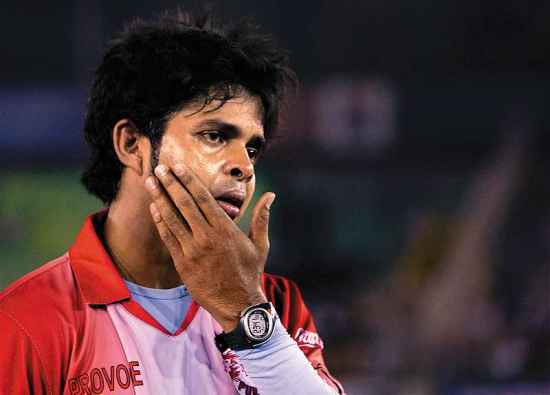 S. Sreesanth lived life on the edge. He loved fast cars, loud music, boogying with celebs and showing his raw nerves on the cricket field. His fans hated or loved him for his attitude, but his family and friends, and a few others in Kerala, where homegrown cricket stars are rare, cannot believe he is crooked. “He will never do anything like that,” says his brother Dipu Santham, still in shock, in Kochi. Sreesanth’s family says he begins his day with the Gayatri mantra. How a cricketer from a middle-class family from Kothamangalam swam the murky depths of spot-fixing, with its connections to the Mumbai underworld, is what fans can’t come to terms with. Many Keralites think he was India’s lucky charm—going for a few boundaries, true, but a match-winning strike bowler. “I continue to believe that Sreesanth is God-fearing and was trapped. Unless I get a full picture from the BCCI, I will believe in his innocence. Perhaps, someone used his name,” says Kerala Cricket Association president T.R. Balakrishnan.

His schoolmates remember a cric­ket-crazy Sreesanth—when in class nine he used to say he would play for India. Way back in 2006, his mother Savithridevi had told this journalist how he’d use guavas for bowling if he ran out of cricket balls, or how he bought a book on cricket and read it repeatedly, till he had memorised it. And he was superstitious—he sported sneakers of different colours (black stripes on one foot, red on the other) at his Test debut in Nagpur for luck. The ritual of crossing his chest before every delivery is well-known. Hot-headed and mercurial, Sreesanth always teetered at trouble’s edge—losing control, getting hit, scowling and sledging the batsman, fin­a­lly being led away by a admonishing skipper, it’s a known pattern.

Then came ‘Slapgate’, which Sree­santh raked up with his tweets. But that was not all. Cops lan­ded up at his Elgin Mills house in Bangalore when residents complained about wild, late-night partying. A fixture on TV as a judge on dance and music talent hunt shows, his eccentr­i­cities got him a fanbase.

“Players have their eccentricities but I haven’t thought of him as a racketeer. If this is true, he has ruined his career,” says journalist and ex-cric­k­eter K. Pradeep. “It is a dis­ap­poin­tment as he was a role­-model for young players,” says Jayesh George of  Erna­kulam District Cricket Ass­o­ciation.

Only last week, Greg Chappell wrote on Sreesanth: “I have never seen anyone bowl out-swing at genuine pace with better control and more perfect seam position than Sree demo­nstrated in that Test (Wand­e­rers, 2006) and the next one in Durban. That includes the great Dennis Lillee.” All that is now eclipsed by the spot-fixing sca­n­dal; and ‘comeback’ may just be a word now for Sreesanth. He has sat out long spells in the past due to injury, and bad form. This time he may have to throw in the towel for good.

When There’s A Towel In The Trousers