Whether Rahul Gandhi stays on as Congress president or goes may yet be a tough question to answer but Congress sources say Sonia Gandhi is again the leader to watch out for. The future course of the party, insiders say, will be chalked out by her. 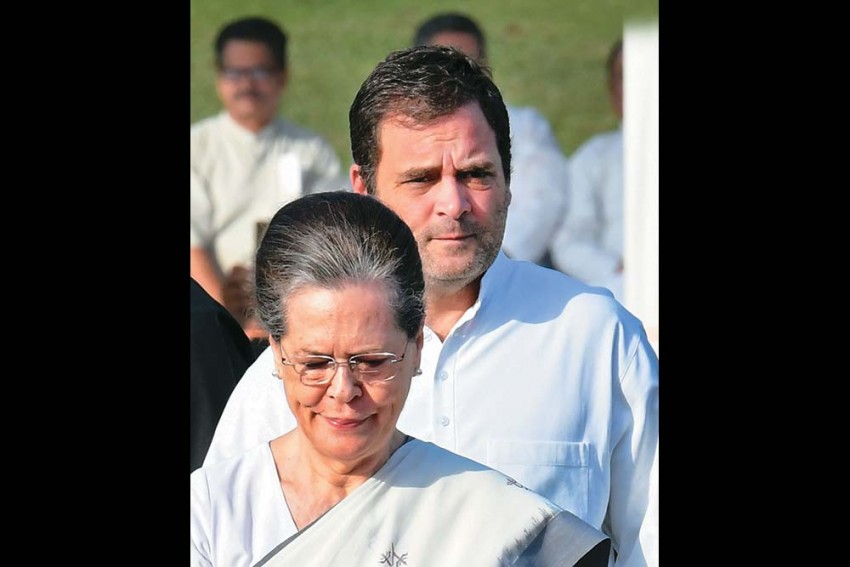 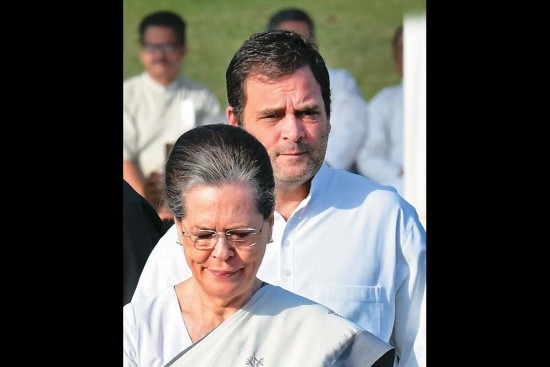 On May 25, stung by the humiliating rout of his party in the Lok Sabha polls, Rahul Gandhi told the party’s working committee that he was stepping down as Congress president. Rejecting calls for his continuance in ­office, Rahul gave his party collea­gues a month to find his replacement who could then carry on with the task of restructuring the organisation; making it battle-ready in time for the assembly elections due in Maharashtra, Haryana and Jhar­khand later this year.

That deadline for naming Rahul’s successor has gone by and the Congress is nowhere near resolving its leadership crisis as it was on May 25. Meanwhile, Prime Minister Narendra Modi has begun his second stint in office; the BJP has elected J.P. Nadda as its working president to assist Amit Shah in preparations for the assembly polls, lynching cases by goons have made a comeback and skeletons of India’s economic crisis, that had been stacked in the government’s cupboard before the general elections, have begun to tumble out.

With the newly elected Lok Sabha’s monsoon session in progress, the Congress, once again short of numbers to stake claim for the post of leader of Opposition, was compelled to name five-term Berhampore MP Adhir Ranjan Chowdhury as its leader in the House—a position Rahul declined to take. Chowdhury told Outlook (see interview) that there is “no dearth of issues” on which the party can corner the Modi government and that despite a bloc of just 52 MPs, the Congress will be an effective Opposition party in the Lok Sabha.

There is no denying that in little over 30 days since being sworn in, the Modi government has plenty to answer for, particularly since its term in office is a continuum of the past five years. And, this is where the Congress’ sustained inertia and the abyss of hopelessness that the electoral debacle has plunged it into are most visible. “We have ­assembly polls coming up but there is no clarity on who will lead the party. We should have hit the streets running after the Lok Sabha drubbing to show that we are prepared for the battles ahead but our president has shut himself in a room, adamant on abandoning ship,” a senior Congress leader from poll-bound Maharashtra confessed to Outlook.

The Congress Working Committee met in New Delhi after the electoral rout.

Soon after the Lok Sabha defeat, the Congress Working Committee had met, as was expected, to assess the reasons for the rout. State units had been told to do the same and apprise the central leadership of corrective measures taken. Party general secretary Priyanka Gandhi Vadra’s pointed accusation that Congress workers didn’t work hard to win the election—Rahul lost his family seat of Amethi—has only caused more heartburn in the few cadres that remain. Sources say several party leaders in Uttar Pradesh are now in touch with the BJP, waiting to defect. There are stray signals of a revamp—the dissolution of the Karnataka Congress unit and the district committees in UP, for ­instance—but none that show the party’s resolve to beat the trauma of its decimation.

Instead, the weeks gone by have seen the grand old party’s typical ego battles come to the fore again. In Madhya Pradesh, chief minister Kamal Nath, whose government has a wafer-thin majority, is publicly being held ­responsible for the party’s poll rout by loyalists of Jyotiraditya Scindia. The brinkmanship between Rajasthan chief minister Ashok Gehlot and his deputy, Sachin Pilot, is a daily affair. Pilot has now begun a statewide yatra which many believe is his way of ­asserting that he is the more popular leader.

In poll-bound Maharashtra and Haryana, sources say, infighting ­between rival camps has made the BJP hopeful of poaching more Congress leaders while in Karnataka, Sidda­ramaiah continues to rile his party colleagues, keeping alliance partner JD (S) and chief minister H.D. Kumara­swamy on notice.

After the LS debacle, Congress leaders’ ego battles have come to the fore in states as well as at the central level.

The fault lines are even more worrisome at the central level, with the Congress once again divided between the old guard loyal to Sonia and those who were handpicked by Rahul to run the affairs of his ­office and the party. These squabbles, sources say, were responsible for the numerous media reports that surfaced over the past week accusing Rahul-confidante and the party’s data analytics department head, Praveen Chakravarty, of being “a BJP mole in the Congress”. Chakravarty has also been accused as the man who “misled Rahul about the party’s prospects in the elections”.

The CWC is expected to meet again in the coming week to, once again, urge Rahul to stay put. However, ­assuming that Rahul won’t budge, sources say, multiple options are ­already under consideration—including setting up a college of working presidents and establishing a parliamentary board that would take key decisions related to the functioning of the Congress.

In December 2017, when Rahul took over as Congress president, Sonia had famously told media persons that “my role now is to retire”. But the debacle of the Rahul-led 2019 campaign has forced his mother to defer her plans. The matriarch, Congress sources say, has once again assumed command. For Sonia, the crisis that her party is faced with is familiar, though way more enhanced. She had first become party president in 1997 when the Congress footprint was shrinking and showed that she had the mettle needed to steer the party back to power. This time round, the footprint isn’t just shrinking, it is on the brink of invisibility. The catalyst for this erosion isn’t just her own party but the politically ruthless Narendra Modi-Amit Shah duo—their dream of a Congress-mukt (free) Bharat still unfulfilled.

Whether Rahul stays on as Congress president or goes may yet be a tough question to answer but Congress sources say Sonia is again the leader to watch out for. The future course of the party, insiders say, will be chalked out by her. But will it ensure the party’s revival once again? It’s a tough ask as India 2019 is a different country.