‘As A Kid, I Never Thought Of Becoming A One-Day Cricketer’ 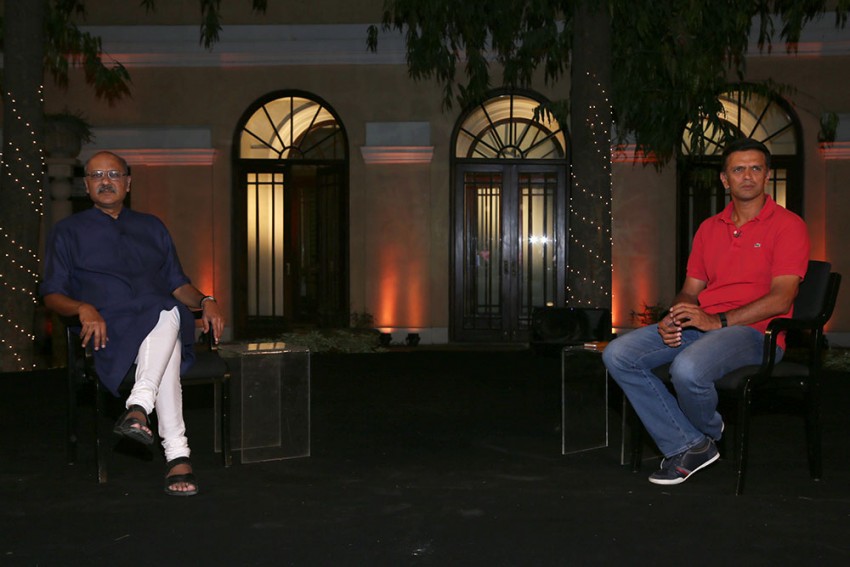 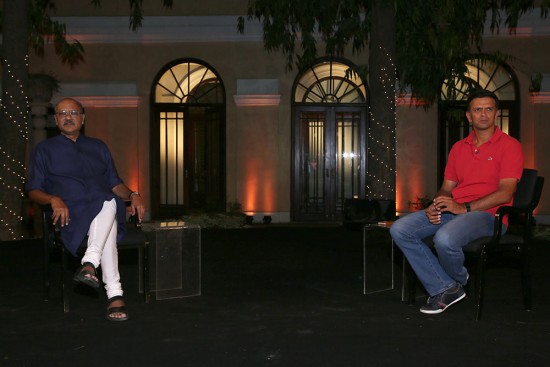 In his new show Off The Cuff, journalist and TV personality Shekhar Gupta chatted with cricketer Rahul Dravid, where the audience too asked him questions. Dravid spoke about T20 cricket, what he chats about standing in the slips and the Multan declaration. Excerpts from the interaction:

Shekhar Gupta: Rahul, welcome to Off the Cuff. We know you to be a man of few words, and somebody who is always conscious of where the off-stump is. I’m hoping you’ll forget the off-stump for some time and play T20 a little bit. So Rahul, mentoring...haven’t you always been a mentor to the team?

RD: I think it’s just a natural progression as a cricketer. I was fortunate as a young man, growing up in Bangalore and having, before the word ‘mentor’ became famous, the opportunity to spend time with the likes of R. Vishwanathan. I used to call him Vishi Sir and he was KCA’s chairman of the selection committee. In those days, the chairman used to travel with us. Syed Kirmani was the captain. Roger Binny lived very close to my house and when we were practising, often he’d offer me a lift in his car. So I was always jumping in for a ride, but more importantly, to ask him questions and have conversations. So I had some lovely mentors, if you can call them that, or people I looked up to. And then when I was in the Indian team, having people like Srinath, Anil Kumble, Sachin Tendulkar.

SG: What’s the most interesting or intelligent question one of these youngsters has asked you lately?

RD: You get asked a lot of technical questions, but the ones that I really enjoy, and think have a lot of relevance to players, especially once they’ve reached a certain level, is around the mental side of the game, or how I approached a particular situation, or what it is like when you get nervous. And a lot of times I tell them I don’t necessarily have the answer, what I can share is my experiences. As you get a bit older and mature, you realise that who you are as a person is very different from who you are as a cricketer, and you can’t...just because you don’t score runs doesn’t make you a bad person, and just because you score a few runs and take a few wickets, doesn’t mean that you’re a great guy.

SG: Rahul, the kind of cricket that you play, how did you mould your cricket into one-day cricket and then to T20, which you played with distinction, even IPL?

“The bowler I found most challenging to play was McGrath, because nobody challenged my off-stump as much as him. And I think I left the ball pretty well.”

RD: When I grew up, and the way I was taught to play, all I wanted to be was a Test cricketer. You know, my heroes were Sunil Gavaskar, G.R. Vishwanath and Kapil Dev. If you asked me as a young kid what I wanted to become, I would always say I want to become a Test cricketer, never that I want to be a one-day cricketer, even though there were ODIs. And all our practice and everything we did in preparation to international cricket was how do you play four-day cricket and how do you play five-day cricket, because that’s what we wanted to do. If you told me when I was practising that we would actually be playing in a match where you’d have only 20 overs to play, you know, I would never believe you, because it would probably just take me 20 overs to get warmed up and start scoring a few runs. But try telling Rohit Sharma something like that when he hits those 15 sixes in Bangalore or scores 250 runs.

SG: How do you keep your mind there? Particularly as a slip-catcher. Doesn’t your mind wander at all? That, by the way, is a world record Rahul Dravid holds, the highest number of slip catches in Test cricket.

RD: It does and I think it’s important that it does. You can obviously not concentrate all the time. So for example, me and Laxman struck a very good partnership in the slips as well. I’d stand at first slip for a large part of my career and he stood at second slip. So it was quite common for us to have in-between-ball conversations and chat with each other about random things. But the important thing was that you had to switch back on as soon as the bowler started running in. I sometimes think slip-catching is a (thing of) temperament. There are a lot of guys who I see are very good catchers in practice but in the match they’re not able to maintain that. In practice you’re catching balls all the time, you’re expecting them, you have a batsman and he’s nicking catches. But in a match, you may field for 82 overs and not get a ghost of a chance, and then one sharp chance comes along. And this is why I think Rahane is a very, very good slip fielder, an exceptional slip fielder...because not only does he have good hands, but also a good temperament for slip-fielding.

SG: Who are the fast bowlers you struggled against, you had to figure out new ways of playing them?

RD: The bowler I found the most challenging was Glenn McGrath because I really found that nobody challenged my off-stump as much as McGrath. And by that I mean I generally consider myself as someone who left the ball pretty well. One of my strengths was to know where the off-stump was and then when the ball was fractionally outside of it I could leave it, force bowlers to come straighter and then pick them up for runs, which is generally the tactic or strategy you follow, because if you look at cricket there are generally more fielders on the offside than on the legside. So if you can get people to bowl straight to you, you open up both sides of the field. With McGrath it was different because I felt I could never judge where my off-stump was and he always challenged me.

Shashi Tharoor: In 2007 at the Oval, you didn’t enforce the follow-on and I wrote a very intemperate piece in TOI that some mutual friends claim you were very upset about. So, I must apologise. But it was just that we had the English with their backs against the wall, knees on the ground, bowled out, we had a massive lead, our bowlers were still fresh, and you didn’t enf­orce the follow-on. It never used to happen when I was a kid growing up that the team with a 200-plus lead didn’t enforce a follow-on. Why did this increasingly become a fashion? What’s the cricketing logic behind it?

“I won’t pass the buck for the Multan declaration. I know Sachin wasn’t happy. We agreed to disagree. I’ve great respect for him; I hope he has respect for me.”

RD: I think Shashi raises a good point. Why do people do that more often? I think it’s the nature of just the amount of cricket being played. Teams are realising that when you’re playing a Test series and a Test match with just four bowlers, you cannot aff­ord to burn them to the ground. The quality of wickets are getting better. You know it’s not that easy to knock over the opposition twice. You have four bowlers and if you make them follow on and bowl again, there is every chance that you’d survive that match, and win that game, but it could cost you three months down the line. So it’s really a question of trying to manage resources while getting the best result. (The reason) I was partly upset (was because) what you’d written was...I didn’t mind the criticism...that I hadn’t consulted the bowlers. And that was not the truth. When anything comes out that is not based on facts, I think it can upset you.

SG: Who did you consult for that Multan declaration which haunts you...(when Rahul Dravid as captain declared the innings when Sachin Tendulkar was on 194).

RD: It does not haunt me, I don’t want to pass the buck. But as a captain who made the decision I need to stand up and say I made it. There was a reason behind it. We wanted to...I did not know the Test match would finish in four days. So this was the decision taken. We might have disagreed on that decision. We had a chat about it the next morning. He (Sachin Tendulkar) has written a book and obviously he was not happy about it. I know that. I don’t need to read the book to know about it. But we have agreed to disagree. We might not agree on that decision but we also did not agree on a lot of the other decisions. I have great respect for him and I hope he has respect for me.