Kejriwal, an IITian and ex-IRS man, won the Magsaysay award for public service in 2006. He used the award money to set up the Public Cause Research Foundation. 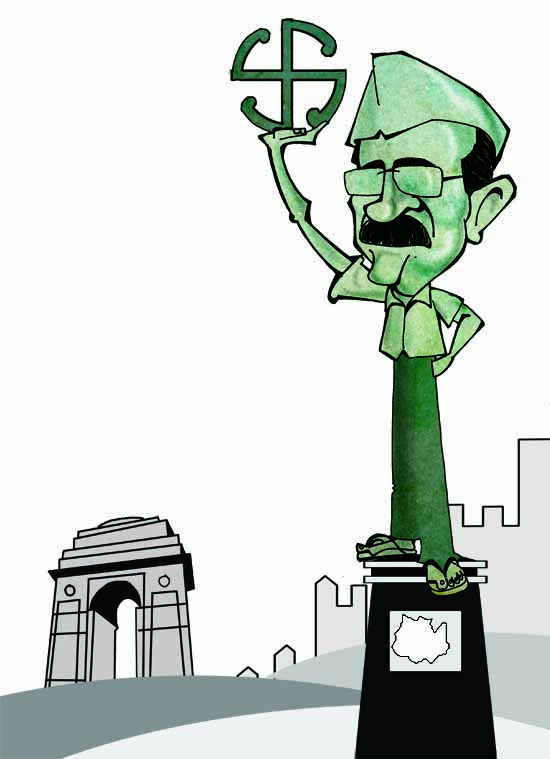 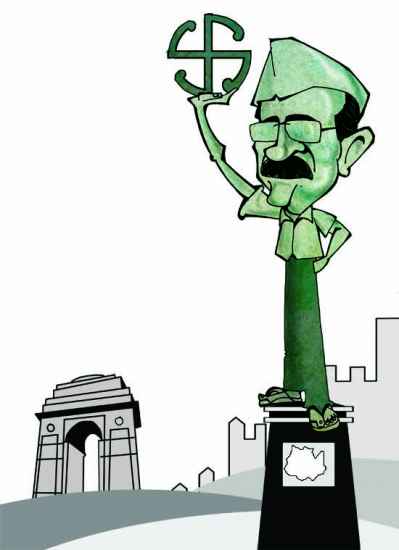 The Congress loathes him and the BJP doesn’t quite know what to do with him. As long as he was a civil rights activist fighting for the Jan Lokpal Bill, it was alright—he was one among many in the long list of activists heckling the government with demands. The fast by Anna Hazare two years ago changed everything. It brought the conventional fence-sitters, the middle class, out on the streets of Delhi chanting one slogan, ‘Lokpal’. It was waved around like the magic wand that would root out corruption. Soon, it became a nightmare for the ruling Congress. The man considered the architect of the movement against corruption, former Anna lieutenant Arvind Kejriwal, is a politician today. And like others of his ilk, he must make a grab for power if he has to stay relevant.

It comes as no surprise that in an SMS poll Kejriwal emerged as the influential Dilliwala. He is an arch-exponent of these techni­ques, channelling popular frustrations and anger against the Delhi government. The posters for the Aam Admi Party can be seen on the backs of most green-and-yellow autorickshaws in the capital. Promising a safe city for women (they have borne the brunt of the violence in an unfriendly city), the party symbol of a broom holds the promise of wiping the streets of Delhi clean, ridding it off crime and corruption.

Working out of his apartment in Kaushambi in the National Capital Region, in the last two years Kejriwal has attracted a bunch of fellow travellers, students, academics, former bureaucrats, into the Aam Admi Party fold. It’s an open house, Kejriwal’s appeal being the aam admi image he projects. From reconnecting power connections to households who have lost the fight against inflated power bills to his fiery speeches on water woes to his virulent attack on some of our biggest corporate houses, Kejriwal’s haath aam is aadmi ke saath. Whe­ther the appeal he holds translates into votes come Novem­ber, only the voter can tell.