Art For Their Sake 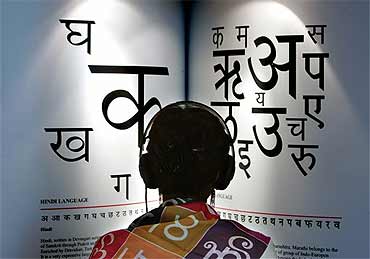 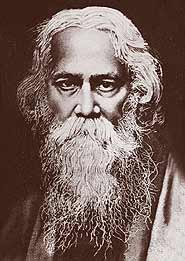 With India facing enormous social and economic problems, the role of art and literature has become extremely important in today's context. There are broadly two theories about art and literature: 'art for art's sake' and 'art for social purpose'. According to the first theory, art and literature are meant to create beautiful or amusing works to please and entertain people and the artists themselves. If they are used for propagating social ideas they cease to be art and become propaganda. Proponents of this view include writers like Keats, Tennyson, T.S. Eliot and Ezra Pound in English literature, Edgar Allan Poe in American literature, Agyeya and the 'reetikal' and 'chhayavadi' poets in Hindi, Jigar Moradabadi in Urdu and Tagore in Bengali literature.

The other theory says art and literature should serve the people by making them aware of oppression and injustice and increasing their sensitivity towards these issues. This school would include Dickens and George Bernard Shaw in English literature; Walt Whitman, Upton Sinclair and John Steinbeck in American literature; Balzac, Victor Hugo and Flaubert in French; Goethe and Schiller in German; Cervantes in Spanish; Tolstoy, Dostoevsky and Gorky in Russian; Premchand and Kabir in Hindi; Saratchandra Chattopadhyay and Kazi Nazrul Islam in Bengali; and Faiz, Josh and Manto in Urdu.

Which of these two schools should Indian artists and writers subscribe to today, given the problems the country faces? 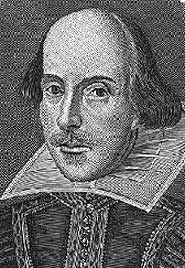 Before answering this, one must clarify that both schools have produced great artists and writers. For instance, Shakespeare and Kalidas can be broadly classified as playwrights of the 'art for art's sake' school. Their plays serve no social purpose beyond providing entertainment and understanding of human impulses and motivations. Shakespeare doesn't attempt to reform society or combat social evils. Yet his portrayal of human psychology and motives of action are astounding. Be it Hamlet, Macbeth, King Lear, Falstaff, Julius Caesar or Iago—these are characters so full-blooded that succeeding generations have recognised in them their own experience of human nature. Similarly, Kalidas' Meghadootam is nature and love poetry at its highest. His depictions of the north Indian countryside are astonishing in their beauty. However, his works have no social message. 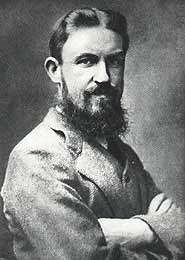 On the other hand, Bernard Shaw's plays are a powerful denunciation of social injustices, and Dickens' novels attack the terrible conditions in schools, jails, orphanages and in the judicial system in England.

Critics often describe the two basic trends in art and literature as realism and romanticism. The truthful, undistorted, depiction of people and their social conditions is called realism, while in romanticism the emphasis is on imagination, passion and emotional intensity.

Both realism and romanticism can be either passive or active. Passive realism usually aims at a truthful depiction of reality without preaching anything, as in the novels of Jane Austen, George Eliot or the Bronte sisters. Sometimes, passive realism highlights fatalism, passivity, non-resistance to suffering and social evils. An example of this is the meek peasant Platon Karatayev in Tolstoy's War and Peace, who humbly accepts his fate, or in Thomas Hardy's pessimistic novels (Tess, Jude The Obscure).

Dickens, Victor Hugo, Maxim Gorky, Saratchandra belong to the school of active realists. They oppose passivity and instead inspire people to fight social evils. For instance, in Saratchandra's works, we find a powerful attack against the inhumanities of the caste system (see Shrikant, Brahman Ki Beti, Gramin Samaj).

The strength of passive realism lay in its exposure of human motives and social evils, but its weakness lay in its lack of positive principles. Literature such as this was valuable for its meticulous description of the visible and real, but it showed no way out to the people. And it often viewed man as a mere passive product of his surroundings, helpless and incapable of changing his social conditions.

Passive and active realism can both serve a social purpose. But whereas passive realism often preaches fatalism, pessimism and the futility of human endeavours to improve society, active realism is optimistic and characterised by its concern for people. It inspires the common masses to strive against their plight.

It is often difficult to define accurately whether great writers like Shakespeare, Balzac, Tolstoy or Mirza Ghalib are romantics or realists. Both trends merge in their works; in fact the highest art is often a combination of the two.

Romanticism, like realism, can also be either passive or active. Passive romanticism attempts to divert people from reality into a world of pure fantasy or illusions, or to a fruitless preoccupation with one's own inner world, with thoughts about the 'fatal riddle of life' or about dreams of love and death. Its characters may be knights, princes, demons or fairies who exist in a world of makebelieve (eg the novels of the Hindi writer Devki Nandan Khatri). Much of the 'reetikal' Hindi poetry, which was mainly written to please kings and princes, belongs to this category. Passive romanticism thus hardly serves any social purpose.

Active romanticism attempts to arouse man against the evils in society, eg Shelley's Prometheus Unbound, Heine's Enfant Perdu, Gorky's Song of the Stormy Petrel and the poems of the great Urdu writer Faiz. It thus serves a social purpose. Active romanticism rises above reality not by ignoring it, but by seeking to transform it.

'Art for social purpose' can also be expressed in an indirect way, eg by satire, such as Swift's Gulliver Travels, Lewis Carroll's Alice in Wonderland, Cervantes' Don Quixote and Voltaire's Candide. Mir, Ghalib and Faiz too attack oppressive social customs in an indirect way. It can also be in a religious garb as in much of the Bhakti poetry in Hindi, for example Kabir's poetry.

We now return to the question posed earlier. Should writers in India follow the school of 'art for art's sake' or 'art for social purpose'? Which school would benefit us more today?

In my opinion, the 'art for social purpose' school alone is acceptable in India. Our country faces the tremendous challenge of abolishing poverty, unemployment, ignorance, casteism, communalism and other social evils, and writers must join the ranks of those fighting against oppression and injustice for a better India and inspire people by their art. 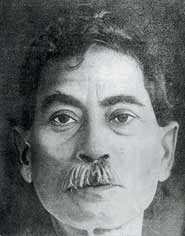 However, the scenario before us is bleak and unpromising. The truth is that there is hardly any good art and literature today. Where is the Saratchandra, Premchand or Faiz of today? Where is the Kabir or Dickens? Today, there seems to be a total literary vacuum. Writers are not interested in highlighting the plight of the masses, but mostly for films or TV to earn some money.

And what do we see on TV? Is it not an affront to our poor masses that so much time (and money) is spent on showing disco dancing, fashion parades and pop stars? What have the Indian masses to do with such things?

Some channels show cricket throughout the year. In India, cricket really is the opium of the masses. A Roman emperor said, "If you cannot give the people bread, give them circuses." This is the approach of the Indian establishment—to keep the people involved in cricket so that they forget their pressing problems. What is important is not unemployment or poverty, but whether India has beaten New Zealand (or better still, Pakistan) in cricket.

Some Hindi writers complain that Hindi magazines are closing down. Evidently, few are interested in reading what they write because they do not depict people's sufferings, and do not inspire people to strive for a better life. Whenever Gorky stepped onto the streets, he used to be mobbed by admiring fans, because he wrote about their lives and championed their cause. Can any Hindi writer claim to do that? 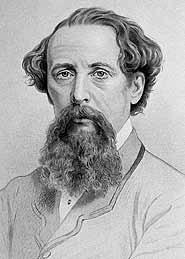 Today, Indians are thirsty for good literature. If someone writes about the real issues confronting people, his work will enjoy great success. Art and literature must serve the people. Like Dickens and Shaw in England, Rousseau and Voltaire in France, Thomas Paine and Walt Whitman in America, and Saratchandra and Nazrul Islam in Bengal, they must inspire people to struggle for a better life, to create a world free of injustice.

'Art for social purpose' is of recent origin. Prior to the industrial revolution the idea that men could improve their social conditions through their own effort was rare. The belief till then was that current or future conditions of existence is ordained by God in which man has no role.

Now that the scientific age in the true sense has dawned, and man can change his social conditions by his own efforts, art and literature too should help. 'Art for art's sake' in countries like India, in which the vast masses live in poverty and other terrible social conditions, really amounts to escapism.


(The author is a judge of the Supreme Court)