Unlike the Punjabi munda, the small-town southie doesn't wear machismo on his sleeve. But deep down lurks the same old male instinct. 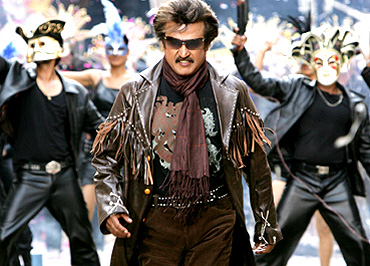 outlookindia.com
-0001-11-30T00:00:00+0553
Is it the idlis? The whole dosa-sambar-filter kaapi - puttu - kadala - thing? Why are South Indian men different? Maybe it's the names—Dibin, Saji, Joji, Baby, Xylophone, Ponnazhagan, Venkateswarulu or Nalagaama Raju. They do not, admittedly, trip off the tongue quickly, alluringly.

Or maybe, as Sidin Sunny Vadukut, 28, MBA from IIM, Ahmedabad, and "hardcore, religious retreat-going Mallu Roman Catholic", puts it: it could be because most small-town South Indian men are likely to have studied in boys-only schools and colleges. The universal truth remains—South Indian men are quite unlike their fellowmen north of the Vindhyas.

As Harish Bijoor, 44, Bangalore-based brand consultant, strategic thinker and proud South Indian, says: "That movie scene is typical demonification." Such generalisation doesn't really leave the Mallu, Kannadiga, Andhraite or Tam-Brahm in a blue funk. He's too busy laughing at himself, his South Indian friends and those North Indian mundas through jokes, blogs, forums and YouTube. The best example of this is Thrissur-born Sidin's own uproarious post dated May '04 titled: 'The Travails of Single South Indian men of conser...' on his blog www.whatay.com. 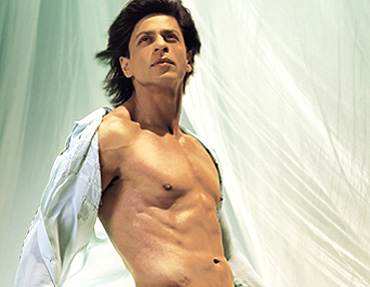 Not for the southies the metrosexual Shahrukh Khan

Laugh at themselves they might, but who is a South Indian man? Slightly shy and inhibited with women and slightly jealous of the mundas, says Sidin. Not as loud or aggressive, says Anita Nair, best-selling Bangalore-based author. The right mix of tradition and culture, maintains actor R. Madhavan, 37.

However, this may not describe the macho Mallu in white mundu or the moustachioed Mandya Gowda from Karnataka. Both young, pulsating with hormones. Not for them Orkut; if they are Mallu, they will have passionate views on both the ldf and udf (the coalition political groups in Kerala). Right now, though, he's busy leering at the churidar-clad girl on the road. No Tu cheez badi hai mast, mast songs for our man. A piercing whistle, a knowing grin and direct interaction—in chaste Malayalam.

This isn't generalisation. Much worse happens unfailingly in Kerala. Anita avers. "Suresh (husband) and I were driving down from Goa, through Mangalore and then we crossed over to Kerala," she tells us. "Suresh got out to buy something. I was in the car. Two guys passed by and, of course, they said something nasty; something that made me feel so stripped naked." Why Malayalis, with their high literacy rates, love of intellectual debates, newspapers and piping hot 'chai', should be like this, is another question. But then, aren't the denizens of Delhi and small-town Bihar, UP and Rajasthan exactly the same?

Not really, if you ask Sudish Kamath, 30, Chennai-based journalist and movie critic. In the south, food really maketh the man. One only has to look at cinema for proof. "A Tamil director once told me Indian movies are intrinsically linked to our food," says Kamath. "Just as Mallu cuisine is lip-smacking, but not extraordinary in presentation, Malayalam movies are no frills, functional, where the story is all-important. For the Tamilians, it's 'unlimited meals'—there is a little bit of everything, in extra-large doses. For the Telugu guy, spice, presentation and colour matter. Hindi movies, on the other hand, mostly reflect Punjabi culture or nri tastes, except the occasional Dil Chahta Hai, which is like having pizza."

But while the lush women of southern cinema maybe titillating, and the hero might cavort with her in an item number or two, it's always the good woman he will opt for in the end. This hypocrisy extends to real life as well. He may land a cosmopolitan job in Bangalore, but the guy from a southern small town will still think women in western clothes are 'easy'. Just as his celluloid idol would.

Which brings us to the South Indian hero. There are two kinds—an ordinary man doing extraordinary things and Rajnikanth. Superhero Rajni can do anything but he won't, as Sudish says, do a Cheeni Kum, like an Amitabh Bachchan would. "His fans won't let him. Rajni is Superman, he is ageless, he romances 21-year-olds." Yet, for Harish, Rajnikanth the human being is what South Indians are like, deep down. "Rajnikanth doesn't even wear a wig in public!"

So, what then makes a South Indian? In a Kerala small town, the Mallu is direct and vocal with his needs. But outside the state, he's polished, urbane. That, says Sudish, isn't the world's greatest mystery. "That's just how men are—regardless of geography, caste, colour or culture. See a smart, sexy woman and most men would love to leer or better still, strike it lucky. Guys in the big cities just mask it better," he says. Harish agrees. Even when presented with women in spaghetti straps, the sophisticate is expected to just take, not give. All those repressed feelings could implode one day, adds Harish, half-serious, half-joking.

Enjoy those idlis, then. And take comfort in the even more burdensome monikers some north of the Vindhyas enjoy. Healthy Patel, Wealthy Patel, Lucky Singh, Happy Singh... North or South, we're like this only.