‘Arre, The Last I Checked, India Was A Democracy’

The Hyderabad MP and Majlis-e-Ittehadul Muslimeen leader is in the eye of a storm again. 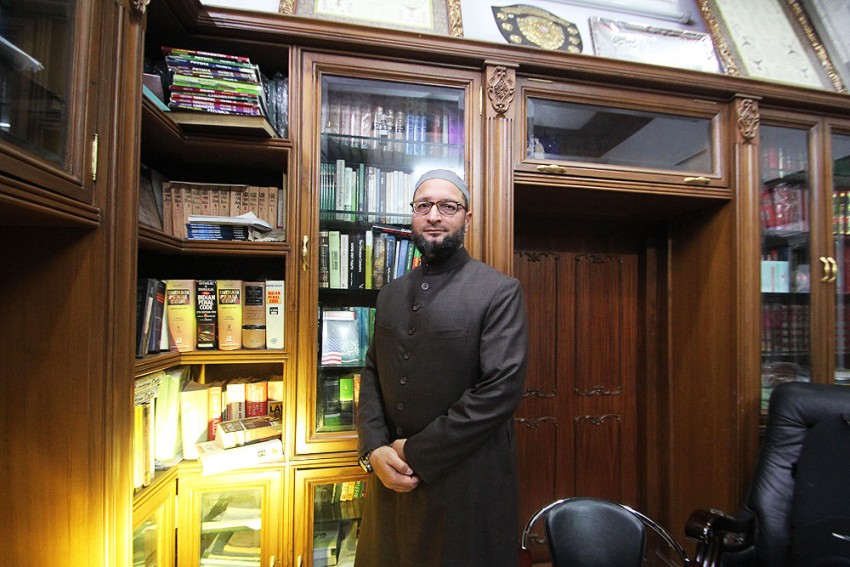 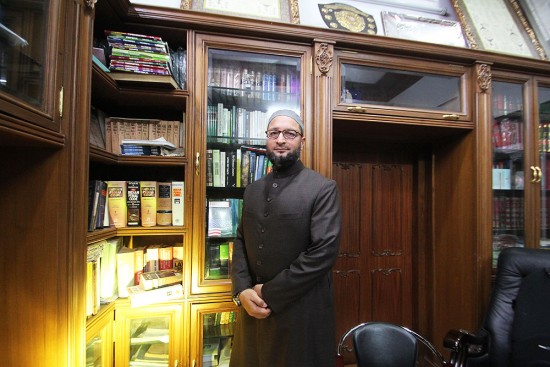 Hyderabad MP and Majlis-e-Ittehadul Muslimeen leader Asaduddin Owaisi is in the eye of a storm again. This time he has taken the Sangh parivar’s ghar wapasi campaign head-on by saying every person is born Muslim, it is his parents who convert him to other religions. Quoting the Prophet while addressing a public rally in Hyderabad on Milad-un-Nabi, Owaisi tore into the RSS saying that Islam was against forceful conversions. In an interview to Madhavi Tata, the 45-year-old says he has been raising the issue of conversions both in and outside Parliament and not just at the rally. The politician, who is now being seen as the other extreme of the Sangh parivar-kind of politics, insists he firmly believes in religious pluralism and feels that RSS stalwarts would do well to pick up a copy of the Constitution. Excerpts:

Were your statements on ghar wapasi and every person being born Muslim aimed at polarising Muslims just as the VHP-RSS’s strategy might be to polarise Hindus on the other side?

Firstly, you have to listen to the full 90 minutes of my speech before jumping to any conclusions. I stated that it is a widespread Islamic belief that every human being is born a Muslim and either parents or circumstances mould people into other faiths. That is my belief. I quoted a verse from the Quran 2:256 which states that “there shall be no compulsion in (acceptance of) religion. Truth stands out clear from error.” People are free to disagree with me and my statements. Did I at any point say that Sharia should be made the rule of law? Did I say that people should not be given ration cards unless they convert? Did I say it is my way or the highway? What is wrong in stating an Islamic belief? There are different beliefs among Hindus too. Do I question them? An anchor on a TV channel says, ‘Owaisi ka munh kaun band karvayega’? Arre, the last time I checked, India was a democracy. There are 4,600 communities in this country and I totally stand for pluralism. It is obnoxious to compare me with the RSS whose only aim is to convert India into a majoritarian state.

What was all that about paan thookna?

It was said in a lighter vein that Hyderabadi log toh ek lakh ka paan khaake thook dete hain, humko paanch lakh se kya khareedoge? I was referring to the reported price of conversion of Rs 5 lakh for Muslims and Rs2 lakh for Christians. The government issued an ad on Minorities Rights Day on December 18 in all newspapers saying the true test of a civilisation lies in how it treats its minorities. Is this how we are treated? By placing a price on our heads? By calling us chori ka samaan? By threatening us to change our religion? People are interpreting my statements in various ways but believe me I don’t say such things keeping in mind what is politically good for me.

In the Lok Sabha polls and in Uttar Pradesh, the BJP proved its ability to split both minority and Dalit votes. Your political activities, feel some observers, may help further divide anti-BJP votes. What would be your reaction?

"What more votes can I divide? The BJP government won 280 seats. Am I responsible for them getting that number?"

What more division in votes can happen now? What further rot can set in? We are already at the rock bottom of democracy. See, the BJP government won 280 seats, am I responsible for them getting that number? When Hindu votes get divided, no one poses this question. Why then are Muslims asked this question when they want to fight elections and stand up with dignity? At the end of the day, yes, I am a politician and yes, I will seek votes. And yes, the MIM will definitely go to UP and Delhi to contest polls. My core support base is the youth. What is wrong if they want to be in positions of power?

(Assam MP) Badruddin Ajmal has tried to do what you are doing now—mobilise minorities in favour of a new political party. Does it imply creating another Muslim League?

Hang on! Are you saying I am trying to divide the nation? People are welcome to call me any number of adjectives such as “communal” etc. But please don’t call me anti-national. I was born in 1969 and I don’t carry any such baggage. My whole struggle is to participate in the Indian parliamentary democracy. I want India to be more powerful and its roots strengthened. I don’t want to be a Muslim leader but a servant of the Muslim masses. Win­ning and losing elections are part and parcel of a politician’s career. My primary duty is to involve the Muslim community in parliamentary politics, to create awareness and remove fear.

What’s the status of Muslims after the Sachar report?

Out of the 70-odd recommendations of the Sachar Committee, only one or two have been implemented such as pre- and post-matric scholarships, merit-cum-needs scholarships. But many others such as equal opportunities, diversity index and Waqf properties have not been implemented. The Kundu Committee which gave an evaluation report of the Sachar Committee stated that there has not been much improvement and gave a new set of recommendations. For example, it said that scholarships have to be demand-driven. Currently, there are 10-15 Muslim students competing for one scholarship. The Kundu Committee also suggested that there be an increase in the number of itis and the scholarship amount and the like.

You have been strident in your criticism of the ISIS and have exhorted Muslim youth to do charity instead.

"I keep telling Muslim youth to learn religion sitting at the feet of elders, not from Hazrat Google. Type jehad and you get Hafiz Saeed.”

Yes. Who are people like Hafiz Saeed to talk about Quran and its values? He has killed innocent Indians and is the nat­ion’s enemy and therefore an enemy of Islam. I also condemn others such as ISIS Twitter handler Mehdi Masroor Biswas alias Shami who issues statements on beheading. The Quran does not allow beheading. I keep telling Muslim youth to learn religion by sitting at the feet of elders and not from “Hazrat Google”. Sadly, people nowadays just log on to the net for gui­dance. You type jehad and you get Hafiz Saeed. But the truth is that the Prophet taught us to spread peace and be disciplined. The Prophet says that even if there is a stone on the road, remove it. I tell all youth even remotely getting ins­pired by such websites to go and do jehad in a democratic way. Give tuition to poor students, protect the elderly, contest elections.

What is your assessment of the Modi government and of minority affairs minister Najma Heptullah?

It has been six months but the Modi government has been quiet on various major incidents. Yes, petrol prices might have fallen but poverty is still hurting most of the voting class of India. Isn’t that what Modi promised to eliminate? For further analysis, we will have to wait till the Budget is presented. As for Ms Najma Heptullah, I have not had much opportunity to interact with her.

You say Modi ought to question Barack Obama about the foreign funds being used for conversions.

Yes, there have been several leaders talking about funds coming in from the US and other Western nations for conversions. If the BJP is really so worried about it, why not ask President Obama when he visits India for the Republic Day about it? Ask him to stop such fund flow if Mr Modi really believes that is the case.

There have been protests against Aamir Khan’s PK for hurting Hindu religious sentiments. Have you seen it?

I am really not much of a movie-goer because I don’t have the patience to sit and watch a film for three hours. In fact, my wife tells me that I am such a big egoist I can’t watch another person for half-an-hour, let alone three hours (laughs). But really, I always tell people that if they are hurt by anything in movies, just walk out. There are avenues of protests such as filing a complaint with the Censor Board or going to court.

You have gone to court against three publications which stated that you asked Indian Muslims to join the Pakistan army if both nations went to war.

Yes I filed defamatory suits against all of them for their ridiculous reports, now they are all falling over themselves to apologise or say that the reports were wrong. As I said earlier, I can stand anything but not being called anti-national.