Zardari's capitulation to India-leveraged US pressure is frightful 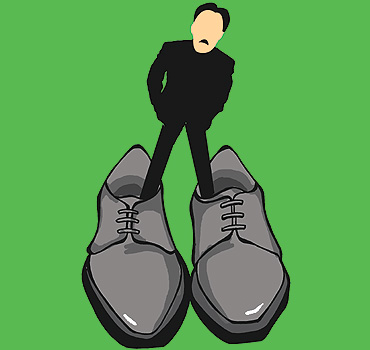 outlookindia.com
-0001-11-30T00:00:00+0553
The Asif Ali Zardari government has lost credibility with most Pakistanis, thanks to its erratic and indecisive responses to India on the 26/11 Mumbai terror attack. In a time of grave crisis, it has offered the nation only some black comic relief—and at a heavy cost. The government's handling of the questions raised by the tragic attack has been nothing short of bizarre, right from the announcement of the ridiculous, untenable decision to send the ISI director-general to India to its eventual retraction. As US and Indian pressure mounted on Pakistan, and New Delhi adopted the strategy of conveying its moves through the hysterical Indian media, Zardari buckled. This was probably the result of his being weighed down by the US's brokering of a deal that eventually brought him to power. (The deal between Zardari's Pakistan People's Party and former president Pervez Musharraf had taken the shape of the National Reconciliation Ordinance, whereby the corruption and other cases pending against politicians were wiped clean and some quid pro quos agreed on by all parties.) So when India chose to intrude into Pakistani airspace—some official sources put the count of Indian violations at around 50—Zardari gave the absurd explanation that these were "technical faults".

It's against this background that we must view the volley of criticism sparked by the government's response to India's dossier on the 26/11 attack, the recent arrests, and the actions against certain groups. While Pakistanis—who are suffering from the terror of both non-state actors and the state-sponsored US drone attacks—are committed to seeing the Mumbai perpetrators caught and punished, there's a feeling that Islamabad has acted in haste, under pressure from the US rather than on substantive evidence from India.

Not only will the Zardari government's premature admission that the major part of the planning of the Mumbai attack was done in Pakistan have a terrible impact on its people, the government's finger-pointing at some overseas Pakistanis will create problems for Pakistanis in the foreign cities named in the preliminary investigation report. That interior minister Rehman Malik made his startling revelations immediately after US special envoy Richard Holbrooke's visit reflects the extent to which US pressure was exercised on Pakistan. After all, only a few days earlier, the defence committee of the cabinet was told that India had yet to give substantive evidence; so far there was only "thin evidence".

As expected, Pakistan's sudden "admission of guilt" has led India to pressurise us even more with the US mantra of "do more". If Zardari expected India to appreciate Pakistan's self-flagellation and ease the pressure, he has no understanding of the Indian ruling elite. India's muted response to Pakistan's 30 questions seems to show that New Delhi was only seeking political results—and has got it from the Zardari government. That is why, despite the Pakistani foreign office's demand that India reciprocate by revealing the Indian linkages, New Delhi never did so.

For Pakistan, there are serious unresolved issues relating to Mumbai. Some Pakistani analysts like Zaid Hamid have rebutted the interior minister's claims one by one. Then there is the basic question of how the Zardari government could reach any conclusion on the arrests and the filing of cases without consular access to Ajmal Qasab, the lone surviving suspect in the attack, and without direct access to the evidence in Mumbai through its own investigators. Besides, there's still doubt over the killing of Mumbai's anti-terrorist squad chief, Hemant Karkare, and the exact role of Hindu extremists.

Additionally, there's the contradiction in the Indian government's statements following the Pakistani response to the dossier on Mumbai—including the Mumbai police chief's statement that local Indians were also involved. Earlier, an Indian undercover agent was found to have provided one of the sim cards to the Mumbai terrorists. But all this seems to have been forgotten in the Indian game of political point-scoring.

Finally, Zardari continues to damage Pakistan's interests in the mistaken belief that, like Gen Pervez Musharraf, he must prove his indispensibility to the US: apres moi, le deluge—in this case, the deluge of a Taliban takeover. In fact, the Taliban could gain strength only if the present rulers continue to act as mercenaries of the US and fail to provide rule of law, social justice, and access to an independent judicial system. But that should not be India's concern, just as the RSS-BJP linkage and the latter's possibility of coming to power should not be Pakistan's.

(The writer is a freelance consultant on security issues. As director of the Institute of Strategic Studies, Islamabad, from 2000-08, she signed the first Indo-Pakistan think tank MOU between the ISS and the Institute for Defence Studies & Analysis, New Delhi.)

Table For Two? Not Just Yet