For a succour of "hospital" serials, Armaan is disappointing 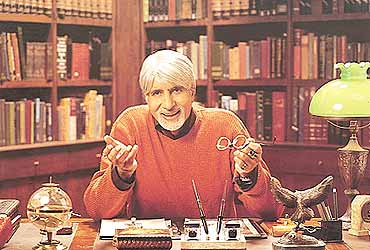 For a succour of "hospital" serials, be it ER, Lifeline or Chicago Hope, Honey Irani's Armaan is disappointing. Couldn't she have told a better story than just repeating Dil Apna Aur Preet Parayi with a somewhat different end? Dr Sinha (AB) wants money to upgrade his hospital. Son Akash (Anil) is a neurosurgeon in love with an anaesthetist Neha (Gracy) but ends up marrying Sonia (Preity) the arrogant and edgy daughter of rich man Gulshan Kapoor (Randhir Kapoor). All this in return for Gulshan's promise to finance the project. So Armaan's actually yet another triangle (sorry quadrangle, there's also a pediatrician in love with the anaesthetist) where the hospital becomes just a convenient setting. Irani does have a flair for cute touches, like Akash's cricket talk in the OT or the accidental meeting of the two couples in a cafe. But that can't mask a lack of emotional profundity. We're not asking for a dose of the morbid, but should the debate on love, duty, devotion have remained so airy?