Arm And The Man 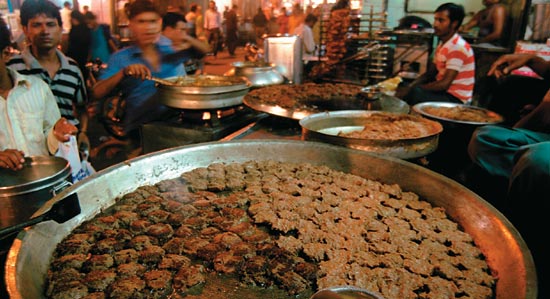 The name of Lucknow’s most famous kabab shop has an unfortunate origin. Founder Murad Ali was nicknamed “Tunde” after his left arm was amputated following a fall from a rooftop while flying a kite. He would scarcely have imagined that the handicap would one day make him a brand. Tunde Kababs, as Murad’s humble kabab shop in old Lucknow’s bustling Gol Darwaza street came to be known, completed a full century in 2004. Five years later, Murad’s grandson Usman has launched Tunday Kababi Private Limited, with ambitious plans to go pan-Indian, even global.

Neither Murad nor his son Haji Rais Ahmad cared to step out of the confines of Lucknow’s walled city, where there was always a ready clientele for their melt-in-the-mouth kababs and crisp parathas. Usman was the entrepreneur, starting a branch in the Aminabad neighbourhood in ’96 which led to an outlet in a busy mall. Last month, Tunde’s entered the era of franchises, with the first franchisee in modern-day Lucknow’s Khurram Nagar.

Usman’s next destination is Bangalore, where young entrepreneur Abdul Rehman Khan has sought a franchise. Rehman, here to attend the Lucknow franchisee’s launch, told Outlook, “Tunde-Bangalore will be a blast.” Fifty-year-old Usman now plans to take Tunde to the US, Europe and the Gulf countries. Marketing isn’t a problem, Tunde and its distinctive logo with Lucknow’s famous Rumi Darwaza in the backdrop, are already well-known. “The NRIs have spread the word about our kababs,” he laughs.

The neo-entrepreneur is still in the process of building systems to train franchisees and provide regular supplies of blended ingredients—the recipes for which he will not be sharing. “That’s our trade secret,” says Usman. “I plan to standardise the ingredients the way McDonald’s does,” he adds. It’s not an easy task, kabab-makers are better known for flair and instinct than precision. But Usman is confident. Their kabab, he promises, will taste the same wherever you eat it—Lucknow or London!