Having spent three decades walking along the foot-worn paths of Bastar, Madhu Ramnath casts an impassive eye on the land of his life-long love 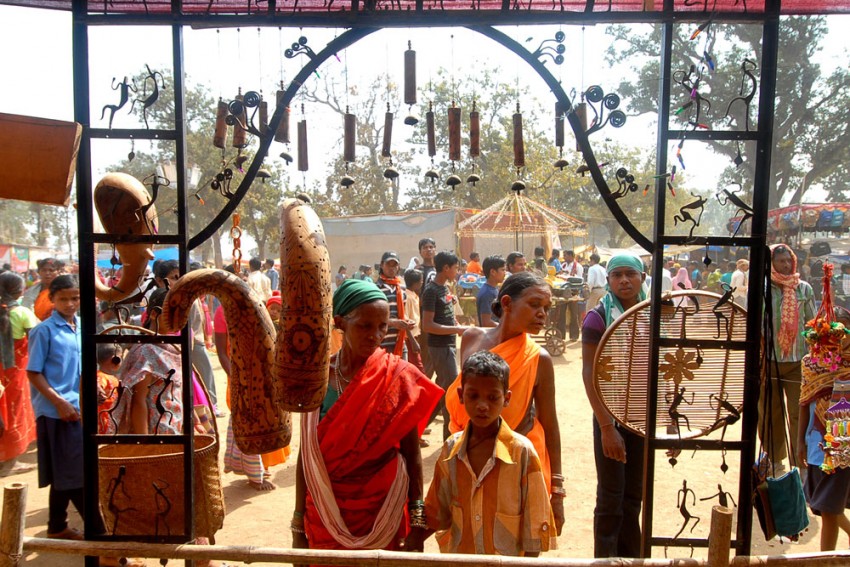 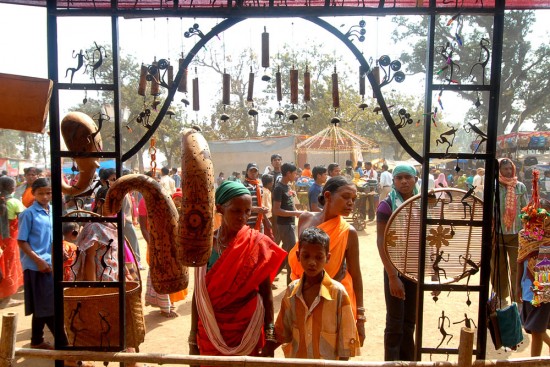 There’s something absolutely unique about this book. When young, many of us feel the urge at some moment of disillusionment or dissatisfaction. We want to get away from it all, to lose ourselves in some remote corner of the world—desert, forest, or perhaps an unknown, faraway town. Yet how many of us were actua­lly able to realise this fantasy, even in part? And how many such places have managed to exist in the world today?

Further, how often does a book make you feel, as you read it, that you are entering a new territory, richly imbued with elemental power and immensely fascinating?  And, should one undertake such a journey, even between the soft covers of a book, how many times is there a guide to accompany him, exploring, elucidating with delightful levity, albeit with deep knowledge and sensitivity about the intricacies of the people, their language, their customs, their habits and traditions?

This book is based on the diaries that the author has maintained over the years of intermittent visits and long stays in Bastar.

Madhu Ramnath, author of this book, is not an anthropologist by training. Yet, his passionate engagement with the adivasis of Bastar, his obsessive interest in their way of life,  his personal devotion and commitment to the people and their concerns, are all akin to those of a dedicated student of other cultures and societies. With one big difference: there’s nothing academic about Ramnath’s immersion in, or his love and fascination for the world of the indigenous people of Bastar. His record of living in their midst is empathic and keenly perceptive—so that for him, as for the reader, the process of coming to grips with this unique way of life is in the nature of a constant maturing.

Thirty years ago, while gazing at a map of India, Ramnath tells us, he was delighted to discover “a large swathe of the country in Central India—conspicuous for the paucity of roads crisscrossing it.” His decision to go exp­lore that part of India resulted in a journey that still hasn’t concluded: each stint in the forest, as the book’s blurb informs us, compelled him to return, and finally to stay. Over the years, he became a student of Durwa life, living in the forest, tending cattle, working a hill-slope in the village—while indulging his passion for devising a botanical classification that would be accessible to the layperson. 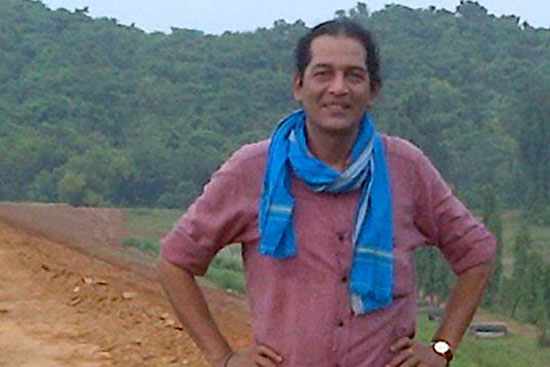 Madhu Ramnath is not an anthropologist by training. But his passion, devotion and commitment to the ­adivasis can rival that of a trained academic any day.

But there’s a great deal more to this book than just the intimate knowledge its author displays. For one thing, Ramnath reveals himself to be a fine writer. This book is based on and derived from diaries he had mai­ntained over the years of his intermittent visits and prolonged sojourns in Bastar. Despite his passionate engagem­ent with his subjects—the people of his immediate village and other Bastar adivasis in general—his narrative is able to maintain a circumspect distance in its telling. And yet, nothing could be more misleading than the statement I have just made. For while the restraint and elegance in narration is an effective stylistic device that is kept up at all times, Ramnath’s whole-hearted participation in the life of the adivasis is nothing short of remarkable. He is someone who has never hesitated or backed off where his educated background could be of assistance to adivasis, whether engaging with the government or forest department officials, police or law courts. In every other situation, Ramnath appears alm­ost entirely to be an obedient camp-follower to the adivasis: seeking to learn from and emulate their exceptional way of life. Contrast this with the general insensitivity, ignorance of the indigen­ous universe, greed, exploitation which comes almost with a sense of entitlem­ent: the sparking points for conflict bet­ween the omnipotent state’s corrupt functionaries and the adivasis, whose existence was ignored, and all but forgotten, much of the time. When Ram­n­ath records some of these encounters, in which he often plays the part of mediator or interpreter, here is much delicious irony in the worldviews of the disgruntled policeman who is on a much-deprecated posting in Bastar, and the contrasting clarity of the forest-dweller. For a people who have inhabited the forest since time immemorial, living in complete freedom in a sustainable and creative manner off the forest produce and its creatures, things may have changed  drastically in the last decade. Ramnath tells us of a CRPF camp that was established in the region: “Armed men in camouflage suits walked through our village. They waylaid and questioned anyone they wished, were generous with their rudeness and (show of) authority, and wandered around our forests at will.”

A tone of elegiac regret dominates the end and Ramnath’s restraint in the writing serves to underscore the overwhelming loss. I would like to end this cursory appreciation of a remarkable document with some of the remarks that Hugh Brody, anthropologist and writer, provides in his succinct foreword to Woodsmoke and Leaf Cups: “The book reveals both what it can mean to be human, and how much of humanity is at risk...in all that Ramnath has experienced and now describes, may lie much that humanity both yearns for and needs.... So much of life in the forests we enter is rich with meaning and beauty and laughter; all of this is at risk.”

Ethnographic studies of adivasis in central India was begun in earnest by Verrier Elwin, a Christian missionary who came from England and then left the clergy to study and live with the Gondi and Baiga people. His time in Chhattisgarh was spent with Shamrao Hivale and their 1935 book, The Songs of the Forest, is one of the earliest works on the subject.