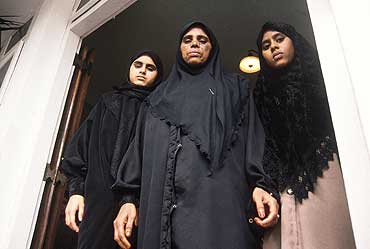 Kozhikode teems with women who entered into wedlock with itinerant Arabs only to be abandoned for the rest of their lives. Often, the Arabs decamp when their wives are pregnant and rarely return. No official figures exist for the women and children who represent the debris of Arabi kalyanam (Arab wedding) endemic to Kozhikode.

These shortlived marriages continue, feeding on the poverty and lack of security and education among the local Muslim population. The collapse of the timber and spice trade has choked the flow of Arab traders into Kozhikode to an extent. But the rehabilitation of hundreds of women and children trying to pick up their shattered lives in the backward pockets of the district remains a grave problem.