A minister complaining to the governor about his own CM? It can happen when you have Yediyurappa and Eshwarappa, old Shimoga rivals, amidst a handful of bypolls. 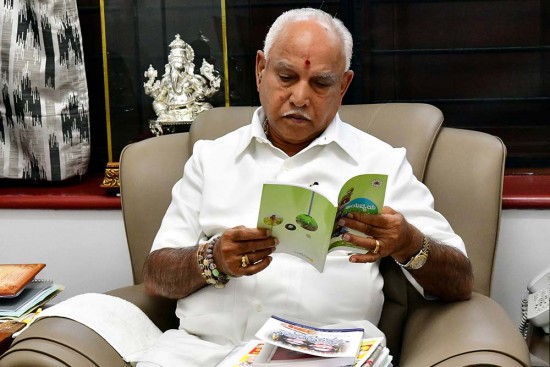 The fissures within Karnataka’s ruling BJP resurfaced last week when minister K.S. Eshwarappa took a complaint to the governor about chief minister B.S. Yediyurappa’s “interference” in ministry matters. Eshwarappa, a senior BJP leader, is minister for rural development and his grievance was that the CM had bypassed him while sanctioning funds and issuing orders pertaining to his department, in violation of business transaction rules and established procedure.

This was an unusual development—though both Eshwarappa and Yediyurappa go back a long way as party veterans, hailing from Shimoga and having had several run-ins in the past. Subsequently, Eshwarappa said he was no rebel but a party loyalist. This came amidst bypolls to two assembly seats and a Lok Sabha constituency this month.