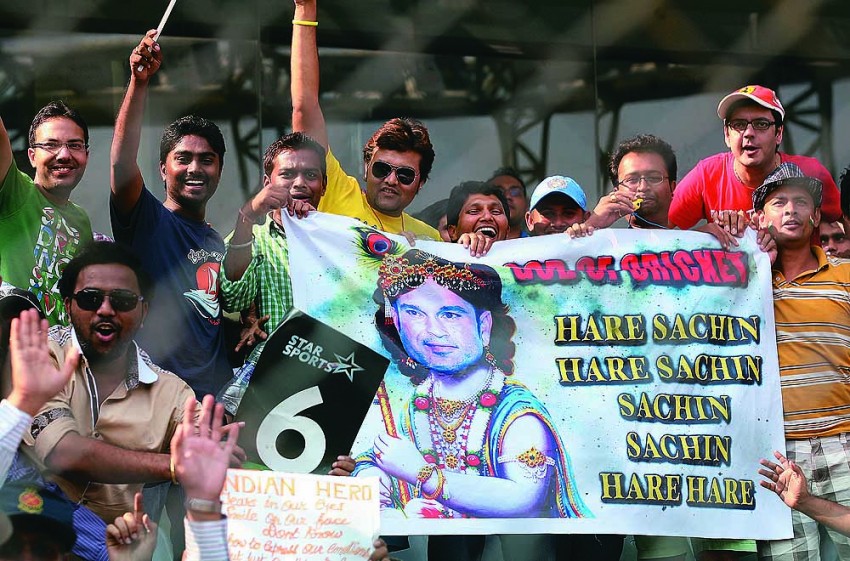 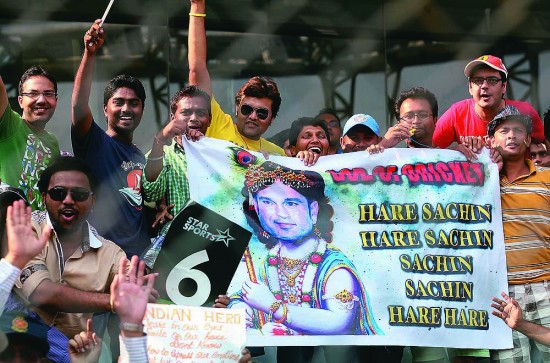 India is a land of miracles, wonders and gods. The Hindus alone have more than 330 million gods and goddesses, more than 25 per cent of the country’s population. Despite that we yearn for more gods. It seems to be a particularly Indian tendency. Anyone or anything can be raised to a godly status. Buddha has been appropriated as an avatar of Vishnu; we turned cricket into a religion; and from the cricket field and its 22-yard pitch we off and on raise gods; in the dark of the cinema hall, we create gods; in search of solace, we rely on self-proclaimed godmen and godwomen; in politics, the cult of the personality is in fashion. The trouble with such behaviour, besides the shock we subject ourselves to in the routine failure of these gods, is that we fall into the habit of hyperbole. Individuals—and I feel sad for them about this­—are projected as much bigger and as more powerful than they are. For now, of course, it’s a god called Sachin Tendulkar the nation’s attention is focused on.

Sachin’s 200th Test match at Wankhede stadium in Mumbai, his final match, was indeed an emotional moment. To be fair, it was a time to bid emotional farewell to a cricketing hero, one whose batting millions have delighted in, one whose statistics segue into superlatives. But where was the need to rush and make him a Bharat Ratna? Also, any particular need to time the award to his departure? Isn’t it necessary to allow time to judge if a person reflects the soul and spirit of India before conferring on him the nation’s highest civilian honour? More important, who should decide who is worthy of it, and what criteria should be used?

For now, however, let us focus on Sachin. No doubt, he is a great cricketer­—humble, calm, a paragon of sportsmanlike conduct and grace. But it is also true that he hasn’t lacked in any kind of recompense for that greatness: money, love, visibility, fans, the leveraging power of influence—he’s got all of that, and in abundance. I don’t think there are cricketers—even in this cricket-worshipping nation—who got those rewards in the same measure. Other sportspersons can’t dream of even a fraction of that: many of them struggle for basics. Aren’t we trapped into looking at a game with larger influence and larger control of the market—a very economic way to read sport—and raising it to an arbitrary greatness? My other question is: couldn’t a Bharat Ratna for Sachin been held for some years more? Perhaps we could have instead honoured Dhyan Chand, the jaadugar of our national game, hockey. He was the one who first brought focus on an Indian way of playing, giving India recognition at the international level. But, unlike Sachin, his struggles ended only after his death in 1979.

Sachin has also displayed his flaws, largely ignored by the media. Morally and legally, when you earn more, you pay more taxes. But when Sachin, one of the richest sportsmen of the world, declared himself a “performing artist” in order to garner tax rebates, I think it subtracted from his greatness. He also tried to have duty waived on a Ferrari he imported when the difference would hardly have mattered to him.

Sachin was offered RS membership and he accepted it. But I doubt if he raised any relevant issues—such as accountability in cricket administration All he did was turn up on occasion to vote for the UPA. One can understand politicians trapp­ing “greats” as MPs and trying to get their votes. But shouldn’t we also question the wisdom or the compulsions of those who readily fall into these traps?

Sports already has two prestigious awards: the Arjuna award and the Khel Ratna. Now, the Bharat Ratna too has willy-nilly been opened up to sportspersons. Just a look at the list of Bharat Ratna awardees, and (as with every list) you are bound to wonder about the logic of the choices. Three persons from one family—no prizes for guessing which one—have got the award. Indira Gandhi got it before B.R. Ambedkar, Sardar Patel, Khan Abdul Ghaffar Khan and Vinoba Bhave; Rajiv Gandhi got it before Maulana Azad, Satyajit Ray and Bhimsen Joshi. Sportsmen, too, will now be subjected to that kind of arbitrariness.

When I see Sachin talking about being honoured with it, the film Devi, by Satyajit Ray, comes to my mind. In the film, a girl is declared to be an incarnation of Durga and offerings keep falling into her lap. Declared a god, will the not-so-innocent Sachin be able to handle godliness?