When silence killed the economist star 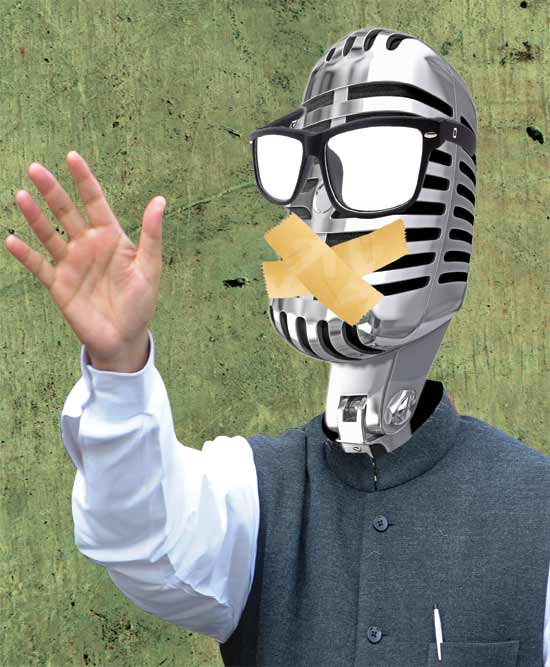 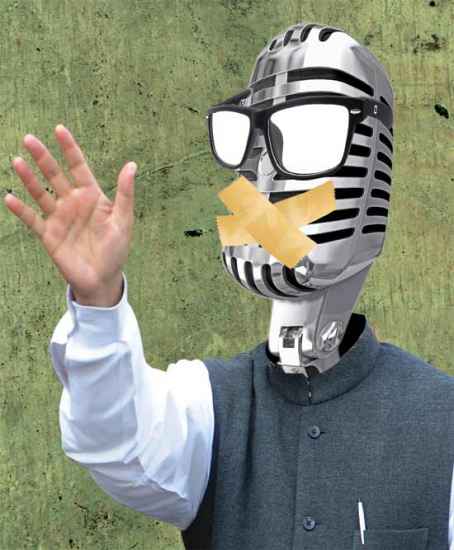 There are many reasons why Manmohan Singh is not demitting office in a blaze of glory, but his failure as a communicator is probably the reason that will be remembered by most. It is true that he was saddled with a truly unenviable role—that of a leader without legitimacy and real power presiding over a motley group of ministers driven, quite frankly, by personal agendas. Compounding this was his own passivity that came out of a strange peace he had apparently made with the erasure of his personhood. He shrunk into less than his allotted space, and made no efforts to stem the rot that had set in his government, holding on to his personal integrity as a badge of redemption.

But it is the inability to communicate that made all his other failings coalesce into what is, unfortunately, nothing more than disdain for a man once much admired. Silence is sometimes a sign of a rarefied consciousness, and is the product of having risen above all things worldly. In Dr Singh’s case, the silence was the result of not rising to the minimum standard expected of a leader. In PR handouts, the UPA tries to make the case that the administration was not quite as inept as is made out, and quotes a string of achievements. It needed a leader with strong communication skills to work the media and to try and create a new narrative for the beleaguered government. Dr Singh’s unwillingness and inability to communicate made the UPA come through as a regime that was not only corrupt and inefficient but arrogant and indifferent to feedback and criticism as well.

It doesn’t help that he is a terrible speaker—his speeches resemble a bullock-cart trying to make headway when faced with an interminable stutter- bump. Each word is separated by a monotone, and he is a stranger to the idea of pitch or inflection. To make thi­ngs  worse, there is little that is elevating by way of content—he is a metronome of cliches, shuffling from one stock phrase to another. Listening to a Manmohan Singh speech is an exercise in spirituality, for only the truly evolved can contrive an air of detached wakefulness, so necessary on such occasions.

Being a poor speaker is a disadvantage in these media-fuelled times, particularly when the opposition features the likes of Modi, Sushma Swaraj and Jaitley, but in Dr Singh’s case, it became more than just a personal failing—it symbolised all that was wrong with the UPA regime. There have been other leaders who have done well enough without being great communicators—Mulayam Singh, Mayawati or Sharad Pawar are examples; Man­mohan too escaped largely unscathed in the first term. It is when the government came under attack that the need for communication became paramount and here his passivity became a huge liability. The absence of any visible emotion in him seemed to signal a lack of interest, ideas or attachment to any sense of pur­pose or action. It became difficult to sense any reciprocal response at all in the man—it seemed that anything vital, anything one could connect to, excite or even hurt, had dried up, and what we saw was an empty shell that did nothing, felt nothing. It became easy to use Manmohan as a punching bag for he seemed to carry within him with an infinite capacity for abuse. Here was someone who simply did not fight back.

In better times, Manmohan Singh’s inarticulateness was seen as a sign of modesty and decency; his credentials and achievements spoke adequately for him and served to underline the difference between him and other politicians. But as things got worse around him, the meaning of the inarticulateness began to change. Initially, he was seen as the victim of his circumstances, a prisoner of a dubious arrangement of political ventriloquism. But with time, it became clear that his silence was a choice that he made, and served as a protective layer around him, one that helped him survive, if one uses the word in its thriftiest sense. Increasingly the stuttering drone of his infrequent speeches seemed even more arid of content, and signified a stubborn refusal to acknowledge the new reality around him.

As he leaves the glare of public life, Manmohan Singh will, in all probability, carry his silence along with him. He will leave a question unanswered—is there anyone inside the man we call Manmohan Singh?

The author is an adman and social commentator