Come 2014 Lok Sabha polls, I am the Anna party candidate from Bandra and Kiron from Colaba... 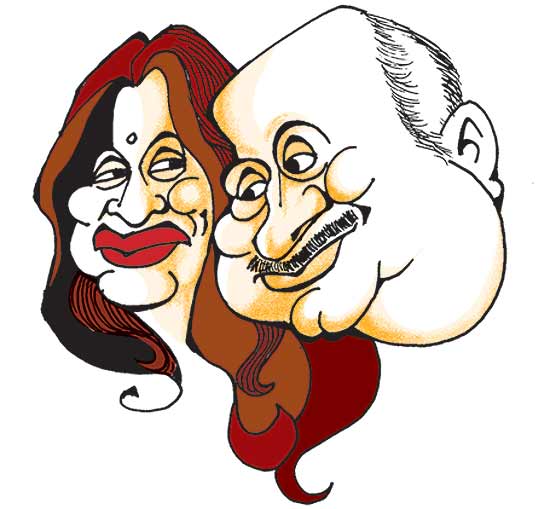 We are inseparable, we are in the same profession, and now we are in the same movement. Why can’t we share the same Secret Diary. Anupam writes today, Kiron the next day and so on. Anupam: In India, politics is the last refuge not only of scoundrels, but also fading filmstars. But I was rather doubtful on this score. I had latched on to the Anna movement but can one call it  political? O, thank you Annaji. By declaring your movement political, you removed a huge burden from my conscience. Now I can gradually fade out from films and become a full-fledged politician. Labelling the Anna movement as an anti-corruption movement created problems for me particularly when the CNN-IBN channel some days back exposed the fact that the film industry runs on black money. I have to admit, the situation was a bit embarrassing. But with the movement going political, it is now okay with people like us.

Kiron: Anupam is unduly sensitive on this issue. Look at me, the grand flagbearer of both the BJP and the Anna crusade, a double-edged sword to exploit two worlds. Suddenly, I am in great demand with TV channels, which gave me more ‘bhaav’ than silly Bollywood does—they relegated me often to play good Muslim mothers and bad Hindu mothers-in-law. I fight corruption and black money on TV channels because as a Bollywood veteran I know what they were. O, it’ll be wonderful if I get to seek votes from the masses for the 2014 polls. I mean, of course, the Colaba masses, the Marine Drive masses, the Bandra masses and the Lokhandwala masses. I shall campaign from five-star dining rooms, air-conditioned club rooms and fashionable ramps, introducing the latest in political sari wear. I only hope that Anna does not send me out to campaign with that Medha Patkar! Ugh.

Anupam Kher: So what if producers avoid me? They will regret their actions when we come to power after the 2014 Lok Saba polls. I am already seated next to Annaji at all crucial meetings, looking serious and not like the character I played in movies like Chaalbaaz. Even our shadow cabinet is almost ready. Kejri is home minister, I’ll handle cultural affairs and I&B, Prashant will be in charge of Kashmir afffairs and Kiron, fashion minister for rural areas. We shall take the Great Indian people for a mega ride.

Kiron: Anna going political creates problems for me. I don’t mind handling double roles in a film, but a triple role in real life is a bit difficult. Should I be with the Anna’s political party or officially go to the BJP? I have to consult Anupam on this.

Anupam: Come 2014 Lok Sabha polls, I am the Anna party candidate from Bandra and Kiron from Colaba. Kuchh bhi ho sakta hain, as the title of my play suggests.