Maheish Girri, the BJP MP who filed an FIR against the controversial event in JNU. 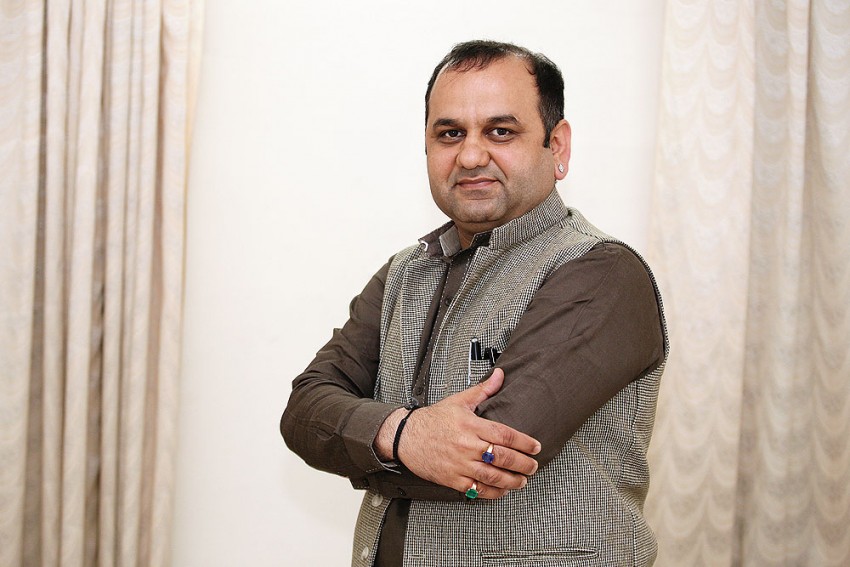 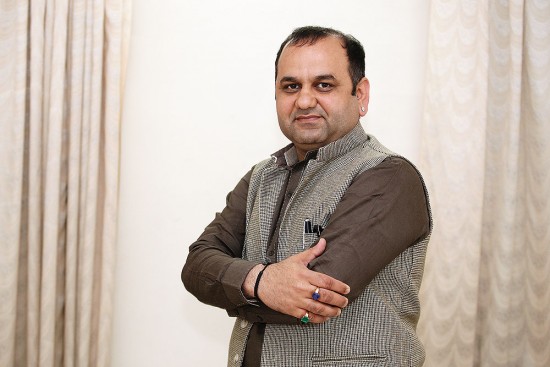 Sporting diamond earstuds and rings of sapphire and emerald on his fingers, Maheish Girri, the BJP MP from East Delhi, is not in the same league as other firebrands like Yogi Adityanath and Giriraj Singh. But mention nationalism and Girri, who filed an FIR on the controversial event in JNU, gets into his elements. He tells Bula Devi those who raised anti-India slogans at JNU should not be spared.

JNU students have organised such events earlier. Why is the BJP making this event such a big issue?

Earlier things never came out in the open. Governments in the past overlooked such events. The ABVP happens to have a representation in the JNU students union now. When they learnt about this event, they informed the university authorities as well as the police. When a handful of cops reached there, there was a scuffle. The ABVP captured the footage and I saw the footage of Zee TV. This kind of concrete evidence of sloganeering—”Pakistan zindabad” and “Bharat tere hazaar tukde tukde ho jayenge”—was never perhaps available earlier.

No. In my view, terrorism and Naxalism are anti-national activities.

Two generations of Kashmiris have grown up hearing that the Indian army is an occupational force in Kashmir. They feel alienated. Do you think we will ever manage to win their hearts by slapping sedition charges?

The home minister alleges a Pak terror link based on an unverified tweet. The video damning Kanhaiya might have been doctored. The plot is weakening.

Sedition charges were slapped [on JNU students] for ‘Pakistan zindabad’ slogans. It was not linked to Kashmir. Slogans like ‘Bharat ki bardbaadi tak jung zari rahegi’—these have nothing to do with Kashmir. And to win their hearts, should I allow the country to be divided? Besides, so many Kashmiri Pandits were made to leave the Valley. Is it not their Kashmir also? Does Kashmir belong only to those who shout slogans? There is an attempt to spread a wrong notion about the country and we have to set a strong precedent. It is strange that in the Nirbhaya case, some people wanted harsh punishment for the juvenile to set a precedent, but they are mum on anti-national activities. Why? In the JNU case, sedition charges should be slapped on those who shouted anti-national slogans and I am not talking about Kanhaiya Kumar.

Do you think sedition charges should be slapped on those who eulogise Nathuram Godse, the killer of Mahatma Gandhi?

I am not the party spokesman but I personally condemn the killing of Gandhi. It is for the judiciary to decide if sedition charges should be laid on those who eulogise Godse.

Mehbooba Mufti and the PDP say Afzal Guru is a martyr but your party is in alliance with the PDP.

True, Afzal Guru was hanged because he was a terrorist. I don’t know whether Mehbooba called him a martyr. I have my doubts. As far as the alliance is concerned, it is on the basis of a common minimum programme.

What about the Nagas (NSCN-IM) who don’t acc­ept the Constitution? Isn’t that anti-national?

It is OK as far as people don’t harm the country through their activities. And we cannot punish all of Nagaland because of a section of them.