Yogendra Yadav explains the unravelling of AAP and reasons behind the end of a dream for alternative politics in India. 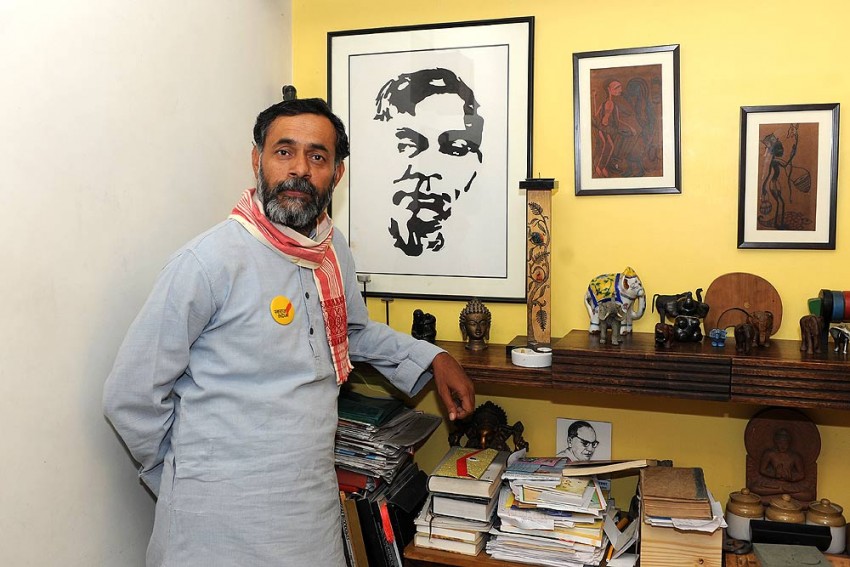 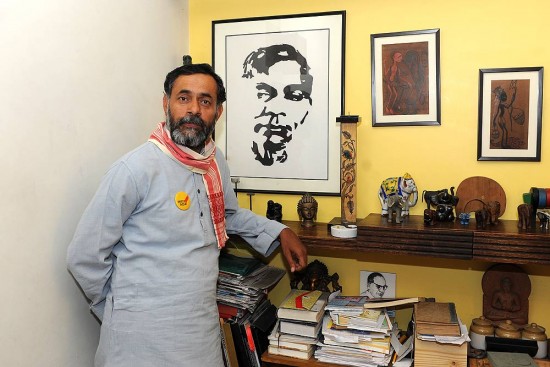 Yogendra Yadav wears several hats—political analyst, psephologist and a scholar-turned politician. Yadav joined the Aam Aa­­d­mi Party as part of the anti-corruption movement in 2011, before being expelled from it in 2015 for ‘anti-party activities’. Though he remains a vocal critic of AAP, Yadav continues to champion the need for ethical politics in India. The 53-year-old spoke to Pranay Sharma, explaining the unravelling of AAP and reasons behind the end of a dream for alternative politics in India.

Were you surprised by results of the MCD election?

Intrigued, but not surprised. This is what I could see on the streets or what our volunteers and campaigners told me. This is what I saw in some private polls and from the exit polls. Also, I saw it in the eyes of the people.

And why are you intrigued?

The Municipal Corporation of Delhi is India’s worst-run municipality. Delhi is full of filth, garbage, dirty water, polluted air and potholed roads. The responsibility for this lies with the MCD that was under the BJP for the last 10 years. For it to get another term in our vibrant democracy is deeply intriguing.

Was this more a verdict on AAP rather than on the BJP?

This municipal election was not fought on municipal governance. The BJP wanted the campaign to remain on macro issues of nationalism, Kashmir, Yogi, Modi. AAP too contributed to it by turning it into a personality contest between leaders. It became a tussle between the PM and the CM. It turned into an issue of generalised trust—do you trust AAP or the BJP? And in this tussle, the BJP had an upper hand for two reasons—one of course was the general high-level of popularity Modi enjoys. But that alone does not explain it, because there was a Modi wave in 2015 as well. To my mind, the difference between February 2015 and April 2017 is the experience of the AAP’s government—Delhiites did not like what they saw. Therefore, people’s disgust with the AAP government outweighed their disappointment with MCD.

Compared with other mass movements, like the Gorkhaland movement or the Telangana movement, what was unique about AAP that caught the imagination of the people?

All earlier movements carried some primordial loyalty component to it—ethnicity or language etc. The AAP experiment was something that cut across the caste and community barrier. It was unique in drawing attention of the middle class and invited their participation. It also generated the possibility of getting fresh blood into politics from a class that had withdrawn from political activity. That is what made it so tantalisingly different.

“AAP’s quick success was a stone around its neck. It demanded more success and in turn more populism and compromises. It became a mere electoral machine.”

AAP was also different because it packaged three promises into one—ethical politics, good governance and electoral via­bility. All earlier attempts offered you either the first or the second, but combining promises of the first and second with the third made the AAP experiment unique. Unfortunately, it lost all three one by one. The promise of ethical politics eroded almost two years ago. The promise of good governance hasn’t quite been fulfilled. Instead, it was replaced with a lot of theatre and drama, which when overdone can be counter-productive.

And what was the final straw?

Six months ago AAP was left with one final promise—electo­ral viability, a party that can take on Modi. But Punjab dealt a sev­ere blow to that. So the political message of the MCD polls is clear—it is an end to the moral and political project called the Aam Aadmi Party. I am not saying AAP the political party will die. In this country nothing dies. But the political project of hope has been extinguished and that is a tragedy.

How much has the uniqueness of Delhi—a city without political competition of caste—the cosmopolitan nature—been the reason for AAP’s success? Could it have succeeded in other states, say in Uttar Pradesh?

The choice of Delhi as the first site for launching AAP was del­­iberate—the size, compactness, media density, its impact on the rest of India and yes, the somewhat loose caste, community ties—not altogether absent but loose.

Could this have worked elsewhere too?

This could have caught on in places like Punjab. Fact is, this was needed. Obv­iously, techniques used in Delhi can’t be used in Punjab, UP or Gujarat. But AAP’s brief success demonstrated how badly a phenomenon like this was needed. After its first victory in December 2013, there were queues to become AAP members not only in Delhi or in urban areas but all over the country. It was more urban but the possibility of a rural outreach existed.

But being ‘anti-corruption’ was like a catch-all slogan, AAP’s very cornerstone. Was this not an impoverished approach, a legacy of its initial enthusiasts coming from a totally apolitical mindset?

All movements begin with something concrete and the task of the political leadership is to expand it. This movement was born out of not even ‘anti-corruption’, but an instrum­ent for it called ‘Jan Lok Pal’. Initially, there was a conscious decision to expand the definition of corruption and take it to the structural issues of systemic corruption and inequalities in the political economy of discrimination. Soon, that was set aside. ‘Anti-corruption’ became an empty slogan. I don’t think the point of ori­­gin—anti-corruption—is responsible for the eventual hollowness.

So, in retrospect, is that approach sufficient for a long-term movement—a purely government-based critique without any social content? The essential logic of ‘we’ll run the system better’ cancels out any chance of critiquing the social biases inherent in the system....

Why in retrospect, I used to argue this even then. I thought even Jan Lok Pal was not sufficient for corruption and that corruption is not the only issue. This was debated and we formulated a full-policy document which addressed others things. But the caucus that captured AAP did not want to look at it, lest those policies constrained them from doing things they wanted. So there was a significant step back in the movement.

Was AAP in a hurry to gain acceptance?

The quick success of AAP was a stone around its neck. Success in its very first election put the party and its leadership on a roller-coaster from which they could not get off. Success dem­anded more success, which in turn demanded more compromises, more populism and electoral success at all costs. This neither allowed a policy position to emerge nor the organisation to consolidate. It became a mere electoral machine without a mission and a sense of direction and without a core to it.

AAP stood in splendid isolation, refusing to make coalitions, build solidarities. But now it finds itself talking to others....

A movement like this should have made some coalitions and should have avoided some other coalitions. AAP could have been the natural expression of the entire alternative factor in India—an alliance with social movements could have made it the political expression of all such movements but it took a very narrow political path. AAP was pushed into another kind of coalition which is deadly and dangerous, like a coalition with Mamata Banerjee today and a coalition with Laloo Prasad Yadav another day. I would not be surprised if it contemplates an electoral alliance with the Congress.

But AAP’s greatest feat may have been delegitimising the Congress in the public eye and it’s the BJP which benefi­ted from it. Was AAP a Trojan horse?

In politics, one player’s moves can benefit someone else. The Anna movement was effectively deployed by the BJP. But in politics, who uses whom depends on the energy you generate. When AAP defeated the BJP in 2015 it was rev­ersed.

Is this an end of a dream for AAP?

Definitely, the endgame has begun. For some, it began with its end of ethical politics, for others when they stopped giving governance. But the last promise was electoral viability and when that started eroding...Punjab was the turning point. The MCD polls is where the steep slope begins. In India nothing dies. I am not saying there won’t be an AAP. But the political project that had enthused millions, holding a promise of alternative politics, is dead.

Done In By More Theatrics Than Action