A desperate BJP falls back on Vajpayee visions 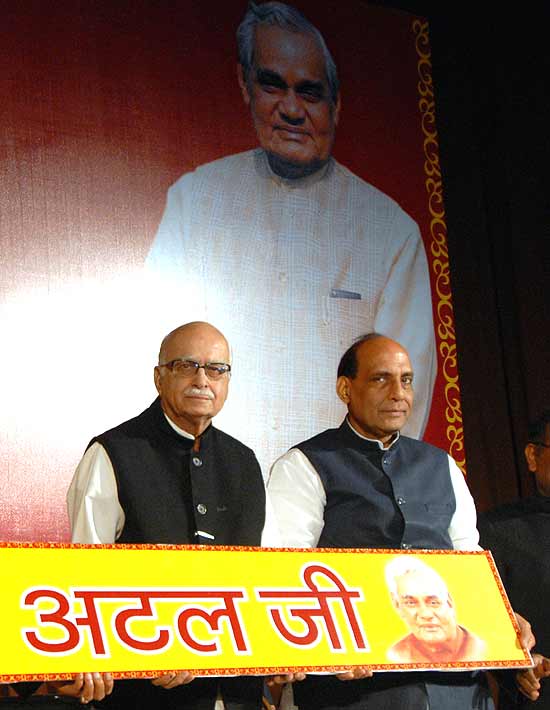 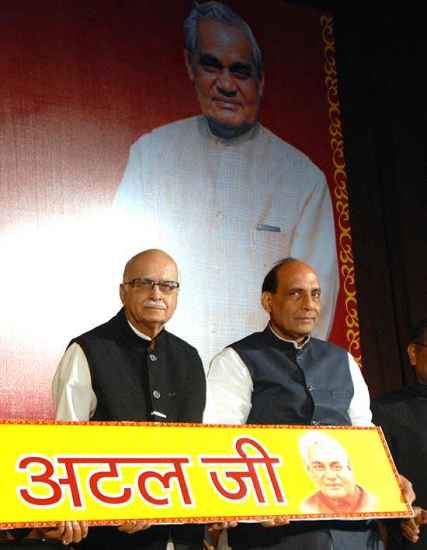 Sometimes, when all else fails, it’s best to go back to a tested trumpcard. For the BJP, this poll season, it’s back to basics. So, seven years after he withdrew from active politics, the party has decided to invoke Atal Behari Vajpayee again and make him the face of the BJP’s election campaign in poll-bound states across the country, starting with Uttar Pradesh and Uttarakhand.

Highly placed sources in the party confirm that the “idea to invoke Vajpayeeji came from party president Nitin Gadkari”. It also apparently has the clear sanction of the Sangh parivar. “The RSS was keen that Vajpayee should be used for the campaign, particularly after it saw the lukewarm response to L.K. Advani’s recently concluded anti-corruption yatra. Discussions over the issue had been going on for the last two months,” they added.

The party’s current plan: flooding the election landscape with Vajpayee’s pictures and statements, printing excerpts of old speeches on hoardings and leaflets and even issuing statements from the inert BJP stalwart every now and then, urging people to go out and vote for the ‘politics of development’.

While the posters will still take time to surface, as an immediate reminder of the Vajpayee era, the party has declared that December 25, Vajpayee’s 87th birthday, will be celebrated as ‘good governance day’. An announcement to this effect was made soon after the day-long meet of general secretaries in Nainital last week. Office-bearers from all the state units have been expressly asked to put their heads together to come up with a comprehensive plan for December 25.

A senior party leader explained the decision this way, “We must make use of Vajpayee’s legacy. He is our tallest leader and still loved by the people. Look at the Congress party. Over the years, they have successfully used the legacy of Nehru and Indira Gandhi to their advantage. We must do the same with Vajpayeeji. For now, it’s our best foot forward.”

Best foot forward—or perhaps the last resort. Either ways, party insiders confirm that the Vajpayee factor will be crucial for the upcoming UP elections where the party is struggling to find a foothold. A huge disadvantage here has been the lack of a credible leader as the face of the campaign. As a senior BJP leader put it, “While things have improved with Uma Bharati campaigning, we still haven’t made a dent among the Brahmins who could be influential in the final tally. By bringing back Vajpayeeji, we not only provide the Brahmins with a feelgood factor but also make the BJP a talking point in the state.”

If insiders are to be believed, there’s more to the move than just that. A senior party leader confirmed that “the whole idea will also help us diffuse the ever-impending L.K. Advani-for-PM issue. By making Vajpayee the face of our party, Advaniji, despite his position as acting NDA chairman, becomes irrelevant. The plan has a definite agenda. While Advani may have objections to any other name, Vajpayee is someone even he can’t oppose. He does not capture the people’s imagination the way Vajpayeeji does.” So there are at least two distinct advantages with the Vajpayee card: one, invoking Atalji in itself becomes a campaign. And two, the party once again manages to sideline its persistent Loh purush with a moderate, time-tested Vajpayee.

A Puree Of The Global Desi