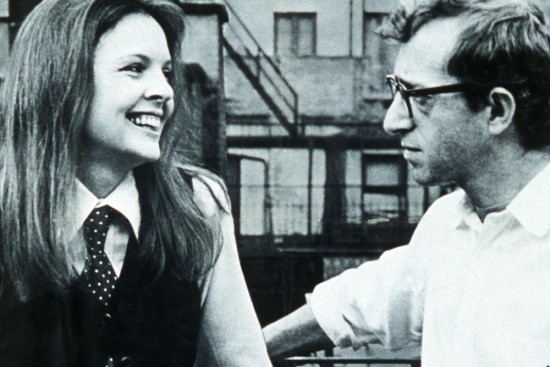 Even before the world rea­lised it needed an epic on neurotic, needy and anxious love, the lonely Alvy Singer’s awkward flirting had etched the script forever in our minds (“Sylvia Plath—int­eres­ting poetess whose tragic suicide was misinterpreted as romantic by the college girl mentality.”) In this famous genre-defying romantic comedy, Allen’s incisive but desperate Alvy begins to woo Diane Keaton’s dashing but confused Annie Hall. Although they share happy moments sipping wine on her balcony and boiling lobsters in the kit­chen, the very neuroticism that endears Alvy to Annie soon begins to fray the nerves. The ensuing hilarity is cinched by an en pointe script: at one point Allen sincerely compares relationships to sharks.

Even if you don’t watch it for the self-deprecating, sharp characters and nihilist plot, watch it for the comedy. Among Annie Hall’s stren­gths is the way it hones its best mom­ents on seemingly stand­alone scenes—for ins­tance the queue outside a cinema where Marshall McLuhan shows up in a cameo to fight the abuse of his work.