Photojournalist Kulwant Roy operated in times that changed the course of history. This is a fitting tribute. 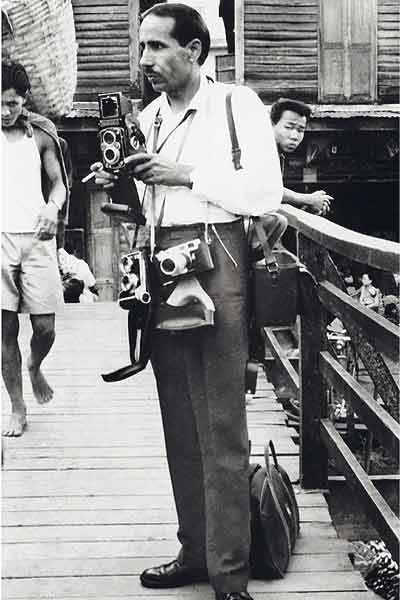 History In The Making: The Visual Archives Of Kulwant Roy
By Aditya Arya and Indivar Kamtekar
HarperCollins | 304 pages | Rs 4,999

It has taken a long time for us to appreciate that photographs can be records of more than weddings and ‘cultural functions’. Now, not only has photography  been recognised as an art-form, but photographs are understood to have archival value. This has been supported by initiatives like that of Ibrahim Alkazi and of the photo division of the I&B ministry (which had been planning, some years ago, to shred their collections of old photographs to save space!). To think ‘photographer’ for the mid-20th century is to think Cartier-Bresson and Sunil Janah. This book, like Sabeena Gadihoke’s book on Homai Vyarawalla, draws attention to the work of a neglected group—photojournalists. It introduces us to Kulwant Roy (1914-84), one of those who benefited from the arrival of the Brownie camera, Kodak film and the flashbulb. His association with the family of photographer Aditya Arya (he was apprenticed to the Aryas’ Lahore studio) prompted him to leave Aditya his collection. Arya opened Roy’s boxes of photos in December 2007, and they form part of his India Photo Archive Foundation.

Generations of Indian students have read dreary textbooks adorned with line-drawings of bearded worthies and coy women, and protested in exemplary non-violent fashion by pencilling in twirly moustaches on portraits of ‘national leaders’. The word ‘photo’ was used interchangeably with ‘picture’ in a school assignment, where children were asked to collect “photos of Asoka and Akbar”! Six years ago, when the Delhi SCERT proposed including visuals (reproductions of paintings, and photographs) in a new set of textbooks for primary and middle-school, there was vehement protest at the idea of such wanton extravagance.

To give context, Indivar contrasts photos of the age in India and Europe: strides towards independence with that of war’s ravages.

Photographs need explanatory text to acquire context and meaning. The historian Indivar Kamtekar contrasts the depiction of this period in India and in Europe—the latter takes us through bleak images of war and destruction, the former has Indian political leaders purposefully marching towards independence. He reminds us that because the images leave out the officials, Roy’s pictures follow the story as given in textbooks, and “conceal the continuity” in the state apparatus before and after 1947. His pithy introductions to each section (reproduced from the text-panels of the exhibition), drawing unobtrusively on evidence in the visuals and elegantly written, make telling comments. “Between British and Indian adversaries who sat at the same table, or between men who wore footwear and those who did not, which social distance was greater?” has a ring of the 17th century Levellers. There is a short section on the Muslim League (“Leaders like Liaqat Ali Khan, who were from UP, were uprooted, deracinated at the moment of their triumph”), on the INA Trials (“After Independence, most of [the INA men] gained a few moments of glory, and lost their livelihood”), on non-violence in the NWFP (“Ghaffar Khan [made] it clear that non-violence could be effectively couched in an Islamic idiom”), on the princes (whom G.D. Birla found “as submissive to the new rulers as they have been to the old”). ‘Nation building’ captures the exhilaration of creating Bhakra Nangal (“We are now more likely to look, not just at the large structures, but at the human beings they often overshadow”— prompted by Roy’s images, which also show the workers). ‘Arrivals and Departures’ marks the transition to air-travel;  the open-top cars indicate that, compared to today, “air travel was more dangerous, but politics was safer”.

My favourite is the photograph of Aruna Asaf Ali with Nehru—undated, but, looking at her bowed head and his expression of grief, perhaps taken after the death of her husband. And His Holiness the Dalai Lama, on an official visit in 1956. Many individuals have not been identified—who were the members of the INA defence committee other than the ubiquitous Jawaharlal Nehru? A beautifully-produced book, though it might have come with castors. I noticed that the sentence (on page 134) about the informality between Congress leaders refers to a delightful group photograph in an earlier section (page 91). Edwin Lutyens, as is often the case, is reduced to the singular, and the earth would have to reverse direction to have the sun set over the Red Fort.