The director of Bengali film Antaheen, the best feature at the national awards 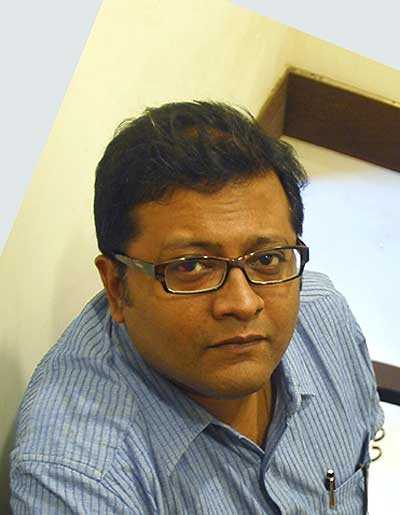 You’ve made two feature films and both of them have won National Awards, the second one, Antaheen, in several categories including best film this year. What are the ingredients of an award-winning film?

I only make a film when I feel a tremendous urge to tell a story. And it is a spontaneous creative compulsion from the depth of my heart and mind. There is no formula. It’s as natural as wanting to hold your lover’s hand. It’s a desire.

After the golden age of Bengali cinema of the time of Ritwik Ghatak and Satyajit Ray there was a lull. Is there a conscious effort to bring it out of a rut by you and directors like Aparna Sen and Rituparno Ghosh?

I don’t think anyone consciously sets out to make an award-winning film. If you have commitment, honesty, integrity and passion I think that gets reflected in your craft. It’s not that good Bengali movies had totally disappeared. Maybe for a time Bengali commercial cinema was more in number or more visible, but even during this time there were great films being made.

Can you give an example of such a film, one which made an impact on you?

One of the films that really touched me was Buddhadeb Das Gupta’s Kaalpurush. I cried when I watched it. Some of the onscreen father-son moments made me miss my own father. It evoked me in me emotions of love, compassion and of course regret that I didn’t spend more time with him, doing little things that would make him happy. That movie captured my soul.

What was the compulsion behind telling the story in Antaheen?

A story can only be soul-capturing when it is real and springs from real emotions and is played out by real characters. I went through a period of intense loneliness. There was an urge for expression.

Judging by your films, you prefer linear narratives and realism to the abstract.

The medium through which you express and the manner in which you do it depends on the kind of person you are. For me, real moments from my experiences gather into sequences and the real characters from my interactions come together to give shape to my stories.

But only when there is that overwhelming need for expression?

Yes, I will never make a film for the sake of making a film. I will not make a film because it is expected of me. There was a two-year gap between my first film Anuranan and this one (Antaheen).

Can you explain your penchant for the letter ‘A’?

I sometimes jokingly say that I’m superstitious, but I do think that about 2 per cent of success depends on the luck factor. Apart from that, the letter A is important to me for a number of reasons. You cannot deny its significance as the first letter of the alphabet and it is also the first letter of my own name. But more than anything, the ideas that words convey is of supreme significance to me. Anuranan means resonance and Antaheen means endless, each word is packed with the sense and the soul of the story that is to unravel. And if I can in a nutshell convey an idea using one word, that’s great.

Before making your first feature film, you were an ad film maker. Did that experience contribute in anyway to your success now?

Yes, I made some 500 ad films and each of them, individually told a complete story. It definitely honed my skills in the ability to tell a tale.

We were shooting a scene in which Rahul Bose was supposed to be lying in bed, rained in. But the rain machine wouldn’t work. It was a crisis but then we improvised. We took a can of hair spray and sprayed it all over a glass window in the room and shot the scene from outside the glass. It turned out to one of most beautiful and, if I’m to believe my friends and audiences, one of the most lasting images in the film.

What are you currently working on and how long do we have to wait for the next feature film?

(Laughs) No, you don’t have to wait that long. Right now I’m dying to tell a story. Shyamal Sengupta (Antaheen scriptwriter) is working on the screenplay of our next feature film, Aparupa. We are also working on the screenplay adaptations of two of Sunil Ganguly’s short stories. I’m also producing Abhik Mukhopadhyay (Antaheen cinematographer) film Ekti Tarar Khonje apart from working on another ad film for Tata Indicom.

A shorter version of this appears in print