A slender beau right out of Botticelli, a pocket intellectual, a spritz of glitter in Bombay soirees with a global slipstream…complete with imaginary Japanese muezzins. 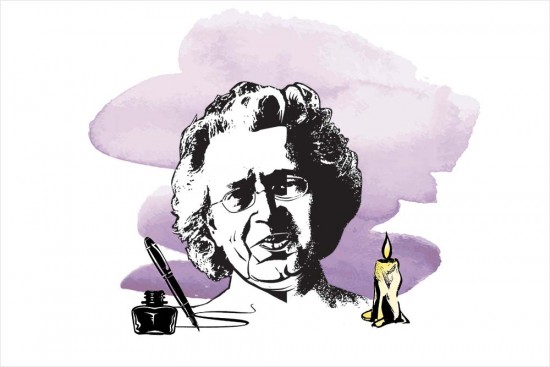 In his prime, as the ebullient editor of diverse magazines and newspapers, Anil Dharker had a favourite line when meeting young women of exquisite grace for the first time. “Ah, a Botticelli!” he would murmur. As far as I can remember, when I first met them in the early 1970s in Mumbai, both the Dharkers, Anil and his wife Imtiaz, were a couple out of a Botticelli canvas. If Imtiaz was as luscious as a freshly plucked peach, or a pearl newly emerged from the oyster shell of her existence in Glasgow, where Anil had gone to study engineering, he was equally elegant. If you could imagine him in doublet and leather breeches, he could have fitted into any one of the portraits by the Italian masters of the Renaissance. Small made, he had a dancer’s lightness with the roseate complexion of his Baroda Marathi elite background. His sister was indeed a talented dancer and later a writer of note. Maybe the lips were too perfectly formed and fleshy on a man; the head of curls a tad too hedonistic. But he had fine eyes that held your attention when he started to speak. Imtiaz, on the other hand, just had to be, not quite the daughter of Pakistani parents, not too British, but with the same reserve and an instinct for forming lasting friendships, because she was selective.

They become quite easily a glamour couple sheltering under the all-embracing cloak of many colours spread out for them by the likes of Alyque Padamsee. They glittered before the term became a collective. Imtiaz became a copy-writer, a poet and an artist. Anil, who had actually trained to be a specialist in air-conditioning, slipped easily into the role of a pocket intellectual, writing on diverse issues.