Angst At The Picnic

India is still hyper-sensitive about its sovereignty. This has to be tempered with realpolitik if it wants a greater role in world affairs. 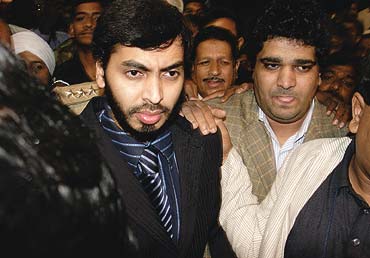 When I passed through Delhi briefly last month I was struck by how much energy the media devoted to one particular issue—outrage over the Australian government's decision to detain Mohammed Haneef after he was freed on bail. That sentiment may well be justified. There appeared to be no prima facie basis for Haneef's detention. And observers of John Howard's unpleasant brand of conservatism have reasonable grounds to suspect that Canberra might have treated a white suspect differently in similar circumstances.

But in the grander scheme of things, Haneef's extended detention hardly merited the sense of injured nationalism that suffused some of the journalism I observed. One English-channel programme devoted an entire half-hour segment to the injustice of Haneef's situation without once referencing the hundreds of Indians, including Indian Muslims, languishing in Indian jails, many on the flimsiest of pretexts, not all of them in Gujarat and Kashmir.

Nor in all of the (largely justified) criticisms aired about the excesses of Australian and British terrorist detention laws was there a serious effort to compare them with India's own panoply of anti-terrorist and public order statutes, which are among the most sweeping in the democratic world.

The Bush administration's notorious CIA secret prisons and its detention without trial of over 400 alleged terrorists at Guantanamo have deprived the US of much of its moral authority in the court of global opinion. But India maintains scattered Guantanamos. And unlike in the US, where the media is scrambling to atone for the dismal cheerleading it offered Bush in the build-up to the invasion of Iraq, India's most influential news outlets rarely conduct sustained investigative reporting into human rights abuses at home.

What has any of this got to do with India's 60th anniversary? One relatively commonplace observation. In spite of 60 years of democracy, in spite of galloping growth rates and burgeoning capital inflows, and in spite of benefiting from the unprecedented courtship of the world's sole superpower, India remains almost as sensitive about its sovereignty as it was in 1947. Little else could explain the media's disproportionate focus on Haneef and New Delhi's own high-octane protestations. You would have thought Canberra had sent a gunboat into the Bay of Bengal.

On any serious appraisal, India's power as a respected nation state is growing and uncontested by the richest countries. There are still many on the Left who see a neocolonial stalking horse behind every FDI application. But to those unencumbered by India's inimitable brand of Marxism, its future as a sovereign nation looks very different to its past.

Perhaps the chief reason why such hyper-sensitivity persists is because of Pakistan, whose tendency to export its own instability serves as a constant reminder of the original sin of Partition. But India's fears about Pakistan's lack of good faith are to some extent self-fulfilling. In the absence of Indian statesmanship and calculated risk-taking over Kashmir, Pakistan may still pose a serious threat to regional stability over the next 60 years.

What is more, both Washington and London in some respects assume the position of junior partners when it comes to diplomatic interchange with India. Again, leaving aside the hyperventilations of some on the Left and in the BJP, the Indo-US civilian nuclear deal represents a breathtaking victory for Indian diplomacy that would have been unimaginable a few years ago. In the space of a few short years, the US has gone from calling for India to "cap and roll back and eliminate" its nuclear weapons programme to giving it de facto recognition as a nuclear weapons state and providing it with the means to build a large civil nuclear capacity. 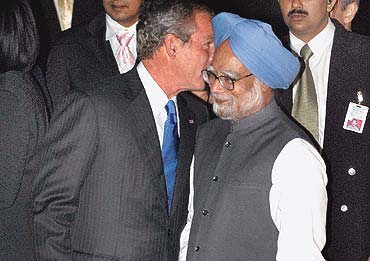 It's worth reminding Indian readers how large a risk the Bush administration has taken with its non-proliferation treaty partners to give New Delhi what it desired. For India's sake, the US has driven a coach and horses through an international treaty that is a centrepiece of its foreign policy. Diplomatic victories do not come much larger than this. It is also worth reprising at some length the words of Nicholas Burns, America's chief negotiator, when the deal was unveiled last month. "We have always thought of India as an exception.... We are not anticipating, in any way, shape or form, a similar deal for any other country," he said. "This agreement removes that fundamental roadblock [to better relations with India] and will bring us much closer together. And that is something that we Americans see as vital to our national interest, not only today but for the decades to come."

And what of the future? As I have written in another context (about India's textile policies), countries are in many ways like personalities. Things that happen to them in their formative years tend to shape their decisions and character long after those events have lost their context.

In the same way that Gandhi's spinning wheel damaged India's post-colonial economy long after it had served effect on the British, so India's tendency to dwell on imagined slights to its sovereignty could inhibit its ability to emerge as a powerful actor on the world stage.

Whatever threats the world faces over the next few decades—whether from climate change, the spread of weapons of mass destruction, the scramble for diminishing resources, or the potential threat of an expansionist China—can only be solved by building a strong system of multilateralism.

That means pooling a degree of sovereignty—diluting it to gain effectiveness on a larger scale. It entails recognising that the traditional legalistic definition of sovereignty should give way to a more sophisticated understanding of power in a frighteningly interdependent world.

In this, the Bush administration has proved an abysmal tutor—a failure from which India should learn. Each of the threats the world faces confronts India forcefully. It is in India's compelling interest to play a prominent role in negotiating new treaties and refashioning global institutions so that they are equipped to start confronting our common problems. India's 60th anniversary is a good time for those in the media and elsewhere to begin looking at such issues through a larger prism.

(Edward Luce is the author of In Spite of the Gods: The Strange Rise of Modern India.)