And So Say All Of Us

Sachin reserved his best for Australia. Three of their best salute the incomparable 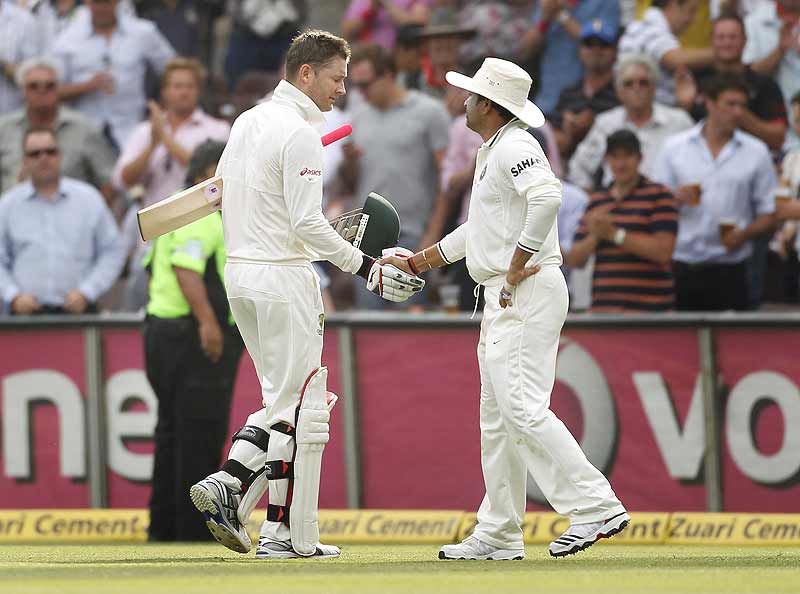 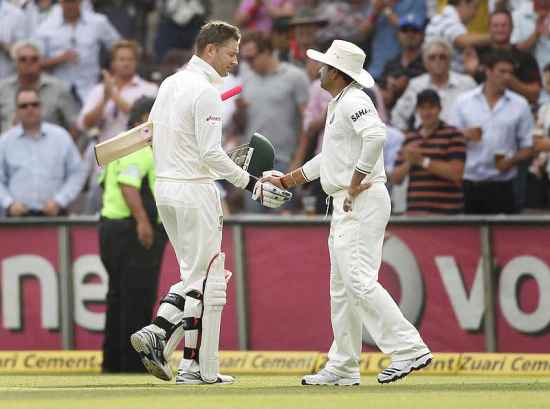 Firstly, may I say I have the very highest regard for Sachin Tendulkar. Anyone who has achieved what he has and has continued to perform at the highest level for the amount of time he has will be remembered as one of the special people to have played cricket. He is the best cricketer of our generation and it has been a privilege playing with him and aga­inst him. Longevity and consistency, I have always main­t­a­ined, are hallmarks of greatness and Sachin best exe­m­pli­fies both of these qualities among contemporary cricketers.

Not many know that during my debut series in India in 2004 Sachin had presented me with a pair of his gloves. He had signed them for me and they have a pride of place in my trophy cabinet maintained by my grandfather in Sydney. Though he has scored a lot of runs against Australia and has played some of his best knocks against us, I have always enjoyed seeing him bat. Competing against the very best offers a different level of excitement and that’s what it has been like playing against Sachin for close to a decade now.

When you have achieved the amount Sachin has, it is very easy to let your guard down. Sachin’s uniqueness is his ability to keep the intensity going even after 24 years of international cricket. He still chases every ball hard, runs every single with intensity, appeals with great passion and celebrates like a youngster. Such passion for the game is unprecedented and I think every youngster should learn from him.

To conclude, it has been a privilege playing against him and I wish him all the very best for his 40th birthday. Hope he keeps going for as long as he wants to, for he has enri­ched Test cricket, the pinnacle of our much-loved game.

To be able to survive at the top of the game for close to two-and-a-half decades and play under the kind of pressure Sachin has, there is little doubt that he is the best most of us have seen or are likely to see in the near future. He is perhaps the only non-Australian cricketer who is given a standing ovation in all Australian cricket grounds. The Australian public just loves everything he does, which, I must say, is a tribute to his achievements over the last 24 years.

I did not know him well enough before our recent series against India. I still can’t say I do. However, when I app­ro­ached him for a signed shirt of his, Sachin happily obliged. In fact, he asked me to see him at the end of the Delhi Test and gave me one of his shirts, which I now treasure. It is easily the best gift to carry back home from India.

For me, the single most important thing about Sachin is his passion for the game. You can see it when he steps out on to the field. He has been one of the game’s greatest amb­assadors and I hope he continues to serve cricket for some more time. Sachin, wish you a very happy 40th birthday. 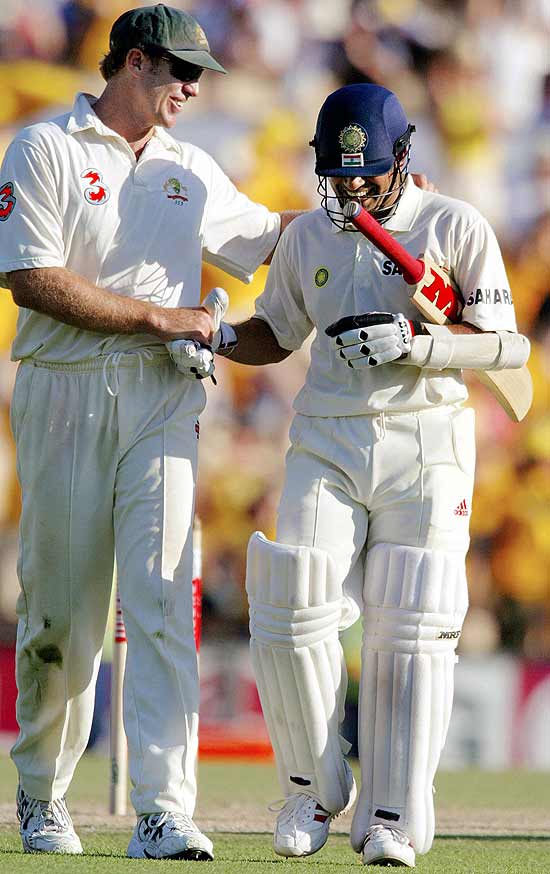 Hayden congratulates Sachin after his 200 at the SCG, 2004

Sachin is a movement in himself, a phenomenon. It has been scrutinised, reflected upon, analysed for years. There have been tough times and good times, but the truth is he’s one of the greatest players ever.

I have been witness to the kind of hope and interest Sachin generates in people. The level of expectations when the little warrior goes out to bat is staggering, everyone hopes that India’s performance will lift around him. The euphoria of spectators in the stadium and the buzz around the town when he bats is second to none.

They will write books and do movies on him in the coming years because he has taken Indian cricket to a new level, and played a big part in winning many series at home and abroad. He is India’s most prolific player; the country’s Don Bradman.

My favourite innings of Sachin was at the Sydney Cricket Ground where he scored 200 plus. He just played so effortlessly yet with such discipline! It’s like the venue—the SCG—was made for him. He has a phenomenal record there. But one of his most skilful innings was in India in 1998. He negotiated spin beautifully. We had a world-class spin attack in 1998, with Shane Warne, one of the greatest, versus the king of Indian cricket, Sachin, and he had a well thought-out methodology of scoring runs. His performance was exceptional. He just took apart the opposition in a very measured and calculated way.

I have often wondered what Sachin would have been like playing for the Australian cricket team during our era. For that would have meant playing without the weight of expectations to perform every time. It would have been remarkable to watch him bat with Steve Waugh, Ricky Ponting and others. He has carried the weight of the Indian cricket team for a very, very long time. That’s the weight of the accumulated hopes of 1.4 billion people. Expectations and stakes are always high. Despite this, he has a great ability to flow through life with a simple smile and a polite manner.

It’s very hard for me to understand the pressure he goes through because we don’t have the numbers, eyeballs and profile like he does. But what I know about Sachin is that he seems to have this great energy. It’s almost like a membrane around him, where he allows things to come into his space that he needs to deal with. Otherwise, he just flows along with life.

I always believe you can never judge a player until you play with him. I’m sure Sachin and I would have got along very nicely. It was always extremely competitive between India and Australia. But having played now for csk and understanding the inner workings of Indian culture, the people and also the incredible ups and downs that go with being an Indian cricketer, I now tend to understand Sachin better. In India when you lose, it’s so hard to get up because it means so much. I have enormous respect for Sachin, which I think is more important to me than friendship.

I would place Sachin at the top of any list of the greatest cricketers ever. It’s not about his cricket. Sachin is not just cricket anymore; he is an embodiment of abstract superlatives. Sachin is hope personified, of people overcoming adversity and rising out of the ashes. He’s more than cricket. None of the great cricketers are simply great cricketers, they are more than that. We don’t really see Sachin as Indian any more; he’s more than the game. Beyond the realm of cricket, Sachin is country. He is home. He is hope. He is culture.