And Goldilocks Plays The Hairdresser 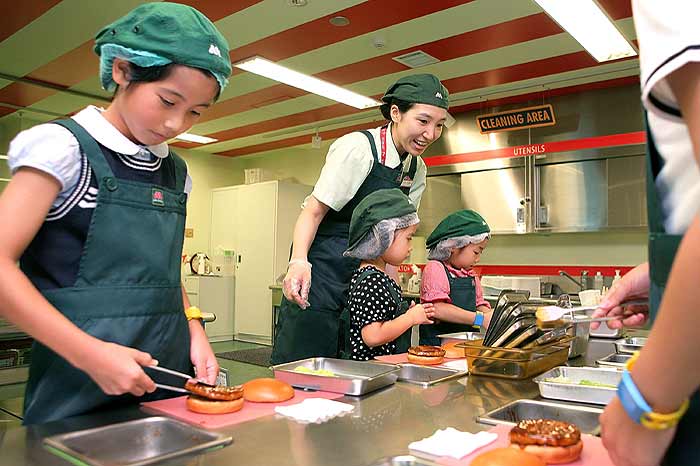 Away from the world of video games and the telly, kids are having so much fun learning you’d be tempted to forget their very adult struggle growing up. Excitement and interest in learning aren’t taken for granted any more: a host of subjects from the sciences and arts to music, dance, puppetry, theatre and art are slowly becoming integral to learning any “subject”. One manifestation of the blurring boundaries between mathematics and acting, for instance, is the increasing attention that is being paid to role-playing, both in and out of school. What can start with a packaged, off-the-shelf or imported chemistry set at home has led to seven-year-old doctors participating in the stethoscope examinations of mock patients in summer camp theatre, or at a local mall’s Kidzania outlet.

Role-playing is a kind of trial run for kids whose parents want them to test drive a future career—and it’s also a growing profession, which will soon require many more experts trained in child psychology, theatre, pedagogy and many other disciplines. Even a future artist has a chance of not being denied a canvas and paint box, and with luck, he could go so far as to stage a mock auction for his earliest creations.

The slow shifting away from traditional teaching, read rote learning, towards the so-called unconventional cross-discipline methods, is now not as rare outside the metros either. After several years of work in the northeast, Metamorphosis, a development communication outfit started in 2003 by Anirban Dutta, trained its attention three years ago to children in four camps housing displaced families in Dantewada, Chhattisgarh. Dutta says props—such as puppets, music and even simple toys like balloons—when used creatively as teaching aids, help in the development of young imaginations. They also aid in understanding what troubles the children.

“Our focus is on getting children to overcome the barriers to learning, and one very important tool we use is allowing them to express themselves through role-play,” Dutta says. By playing teacher, one set of 14-15-year-olds revealed what might be considered true of their real classroom—they chucked a notebook on the floor once, and another time pretended to make merry while the play-teacher wasn’t present.

It’s not just the role-playing that counts, though. It’s also what you get out of it. There’s no point pretending to be an archaeologist if you’re only being raised for medicine. At the same time, advertising professional and columnist Santosh Desai wonders, is role-playing just a box to tick off the list of “must dos” or does it really make a difference? “The general pattern is that people enjoy the process, though I don’t know if they have the tools to deal with the implications,” he says.

The benefit could lie in finding out what moves children in different situations: given a chance, the youngsters in Dantewada didn’t just communicate more when playing different roles, but opened the door to using arts-based tools for therapy and seeking identity. “The children wanted to talk about their adivasi culture, which they got to do through putting up a performance of their choice,” explains Dutta.

Role-play has been used by medical professionals to analyse the inner workings of a child , as therapy for drug users and to understand what homeless children go through. The glossier version in malls and schools is simply a new manifestation.