In Babu Bangaram, the tale unfurls with some twi­sts. But an interesting story is stretched too far. 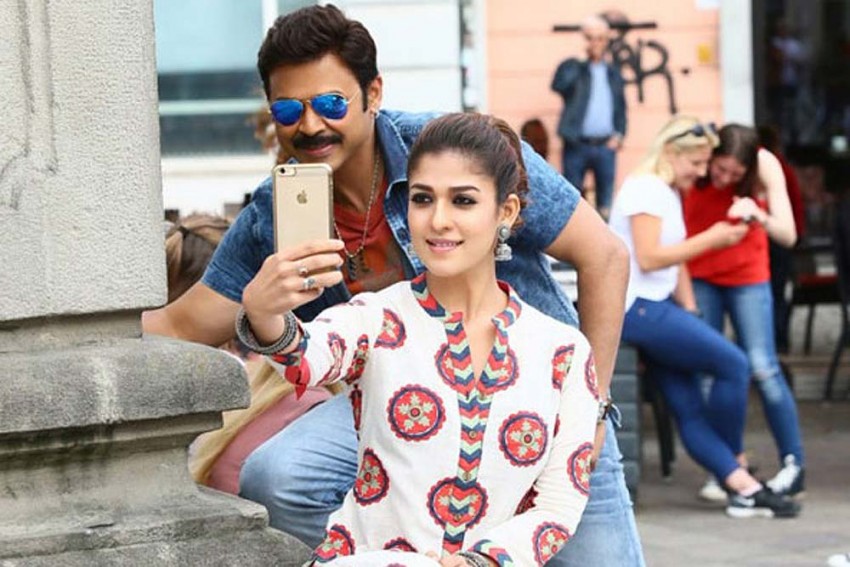 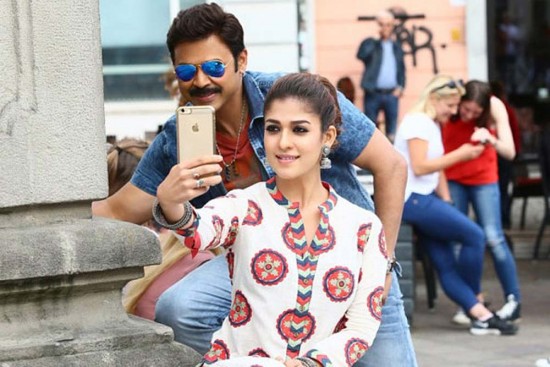 As actors get older, they often fall back on a comfortable nostalgia. Maruthi does just that in Babu Banga­ram, with frequent references to Venkatesh’s past hits. The upside is that Venkatesh never appears to be self-ind­ulgent but is a ‘hero’ who ext­racts howls of laughter from the audience. He plays an emotional cop, ACP Krishna, whose eyes begin to water at any sob story. He hears Sailaja’s tale of a family in ruin because her father Sastry (Jayaprakash) is on the run, wanted for a murder. Sailaja is struggling to make ends meet for her family of four sisters, mom and gra­ndma (an impressive Showkar Janaki) by running a mess. He decides to play saviour. The tale unfurls with some twi­sts. But an interesting story is stretched too far. Venka­t­esh shares too much screen space with comedians Prudhvi and Posani Krishna Murali. The laughter palls soon. Mar­uthi struggles bet­ween portr­aying Venkatesh as the tough cop and the soft-hearted Krishna. But he is lucky—Venkatesh is pitch perfect in comic timing. Nayan­tara looks astonishingly slim, but her role is boring. The stand-out action scene culminates in Venka­tesh pulling a goon through mid-air, propelling him forward.  The music, by Mohammad Ghib­ran, is forgettable.